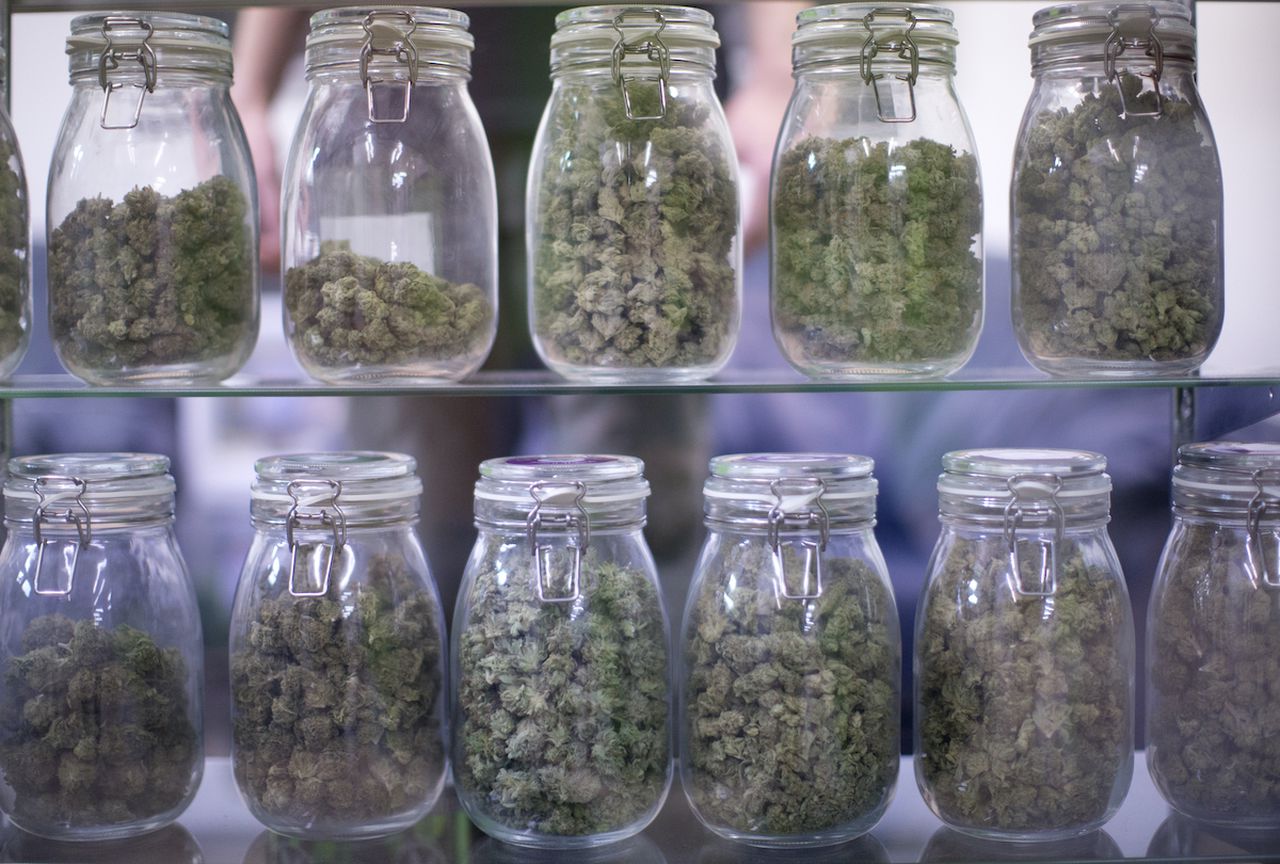 These small Upstate towns and villages aren’t the places that come to mind when you think of New York state’s top retail shopping destinations. But they are the kinds of places where you could find yourself now if you’re looking to buy “legal” recreational marijuana.

Shops operated by Native American nations in small places like these are currently the only retail stores where you can legally purchase marijuana.

It’s been eight months since New York state legalized the possession and use of adult recreational marijuana. Yet the state still hasn’t created the regulations or issued the licenses for sales. So there are no legal shops selling recreational marijuana outside of Indian territories — and it may be more than a year before they start.

Several New York Indian nations, citing their sovereign nation status, have filled the void. The Mohawks, Senecas and Cayugas have set up, or at least allowed, shops to deal marijuana on their territories. Non-native people can buy them, but experts advise customers to remember that state law allows possession of no more than three ounces.

Tribal sales are legal, according to a spokesman for the state’s new Office of Cannabis Management.

“Dispensaries (marijuana shops) are legal if they are on federally recognized, sovereign tribal land,” Freeman Klopott, the OCM spokesman said. He also said the OCM “has the ability to enter into agreements with tribes through tribal compacts to integrate them into the state program if all parties can agree to terms,” though no such agreements exist yet.

Here’s a look at the status of legal weed sales on New York’s Indian nations:

· The Akwesasne Mohawks, whose territory is near Hogansburg in Franklin County, were the first to move into the pot sales. After a period in which individual members of the nation opened their own unauthorized shops, the Mohawks’ governing council in July set up its own rules and began to license shops.

Several Mohawk shops are now selling marijuana in joints, as well as gummies, tinctures and more.

· The Cayuga Nation, whose members mostly live in Cayuga and Seneca counties, have added marijuana to the list of products its sells under its Arrowhead Cannabis brand, according to an Instagram post.

“Arrowhead Cannabis ?% legal Marijuana Dispensary owned by the Cayuga Nation,” the post says. Representatives of Cayugas could not be reached for comment.

The Cayugas recently started to sell the recreational marijuana at their tribal Lakeside Trading shop in Union Springs (Cayuga County) and at the Cayuga Corner Store on Route 89 near Seneca Falls (Seneca County), according to reports at fingerlakesdaily.news.com and in the Auburn Citizen / auburnpub.com. They also sell CBD and other non-marijuana (THC) products.

In the case of Union Springs, the village board had voted in November to “opt out” of allowing retail marijuana sales (which state law permits them to do), but agreed to a special exemption for the Lakeside Trading shop, according to the Auburn Citizen.

· In Western New York, meanwhile, shops on territory belonging to the Seneca Nation of Indians have been offering marijuana to customers who receive it as a “gift” when making other purchases, according to a report at WGRZ.com in Buffalo. A reporter for the station found that happening at three dispensaries along Route 417 in Kill Buck, just south of Ellicottville in Cattaraugus County.

A spokesman for the Senecas did not respond to questions about marijuana sales.

· Another New York tribe, the Shinnecock Indian Nation on Long Island, earlier this fall authorized the setting up of marijuana sales businesses. Shops could open near Southampton by the end of the year, according to multiple media reports.

· Closer to Central New York, two other tribes have not yet launched any attempts at authorized marijuana sales.

The traditional leadership of the Onondaga Nation near Syracuse has no plans to enter the marijuana market, the nation’s lawyer, Joe Heath, has told syracuse.com. The Oneida Indian Nation just east of Syracuse has been studying the question, a spokesman said, but has not yet taken any action.

New York’s Cannabis Control Board is still working out its plans for legal retail sales of recreational marijuana. The board’s chair, Tremaine Wright, has recently indicated the licensing of such businesses may not happen until spring 2023.

Meanwhile, sales are legal in neighboring state Massachusetts, and in Canada, although federal law prohibits carrying it across state borders or the international border. Recreational marijuana is legal in both New Jersey and Connecticut, and both states are working on starting up retail markets.

More on cannabis and marijuana in New York:

CNY village approves retail marijuana by a single vote, in example of a divided NY

Can you give marijuana as a gift under NY’s legal pot law?

Legal marijuana in NY: What you need to know about possession, growing, business opportunities

New York’s marijuana tax might not be the nation’s highest. But it may be the most complex

See all stories at syracuse.com/marijuana