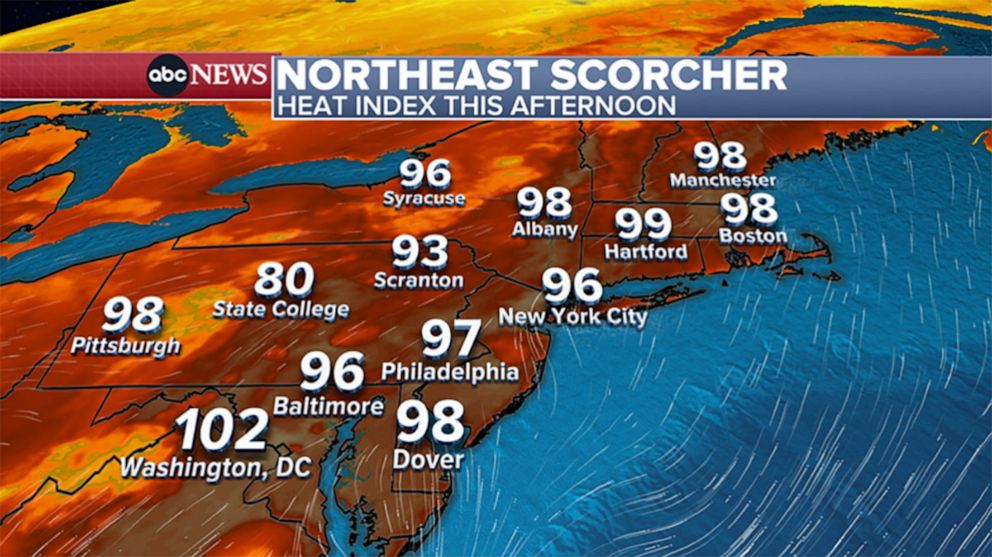 Scorching heat has returned to the Northeast, with 70 million Americans under heat warnings Thursday that are likely to last into the weekend.

Boston is expected to reach 99 degrees on Thursday, breaking the high of 96 degrees since 1928, according to the National Weather Service. The mayor of Boston declared a heat emergency from Wednesday to Sunday, opening of 16 cooling centers throughout the city.

“I urge everyone to stay cool and safe and check on your neighbors throughout the week,” Mayor Michelle Wu said in a statement.

Hartford, Conn., is expected to reach 101 degrees on Thursday, breaking the record high of 96 degrees set in 1944, the NWS said.

Newark, New Jersey, could tie a record of 100 degrees from 1993. The city of Newark issued a code red Wednesday, urging residents to take precautions in the dangerous heat.

New York City is expected to break the 2006 record, reaching 94 degrees on Thursday, according to the NWS.

Con Edison, the city’s energy provider, issued an advisory Wednesday asking residents to conserve energy because of the expected heat and humidity that will create greater demand for electricity. 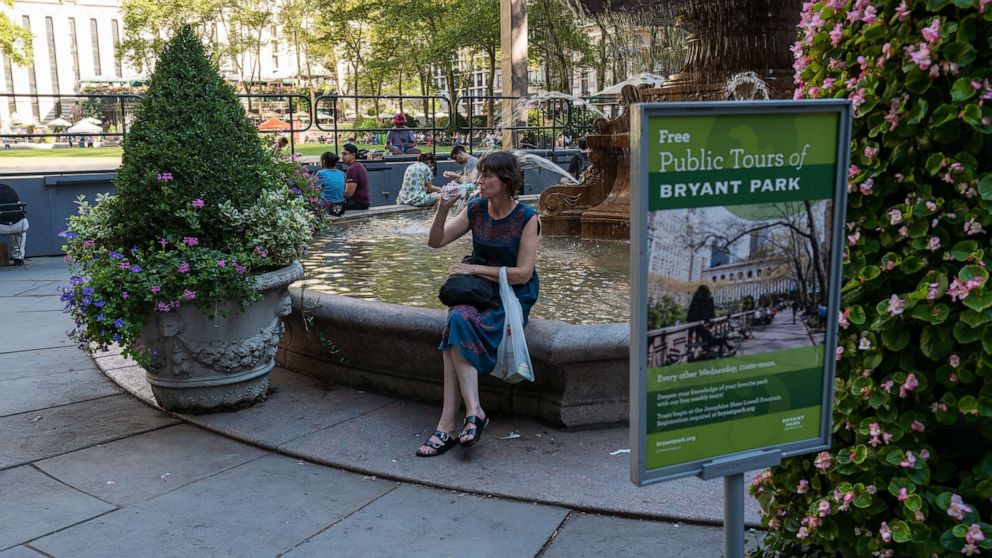 A woman drinks water while sitting in the shade in Bryant Park in midtown Manhattan on August 3, 2022 in New York City. New York City, and much of the East Coast, is expected to see another string of days with temperatures in the 90s as heat waves sweep across the United States.

According to the NWS, Philadelphia is expected to eclipse a 1995 record heat by reaching 95 degrees.

Two heat deaths have been reported in the Northeast in the past two weeks, one in New York City and one in Philadelphia, officials said. Authorities have warned residents of the danger of more deaths.

The heat will peak on Thursday, with highs expected to drop slightly on Friday before rising again on Sunday. The NWS is predicting thunderstorms across the Northeast over the weekend as the heat and humidity reach a fever pitch.

The dangerous heat has persisted throughout the summer, with records broken in the Northeast just two weeks ago being threatened again. 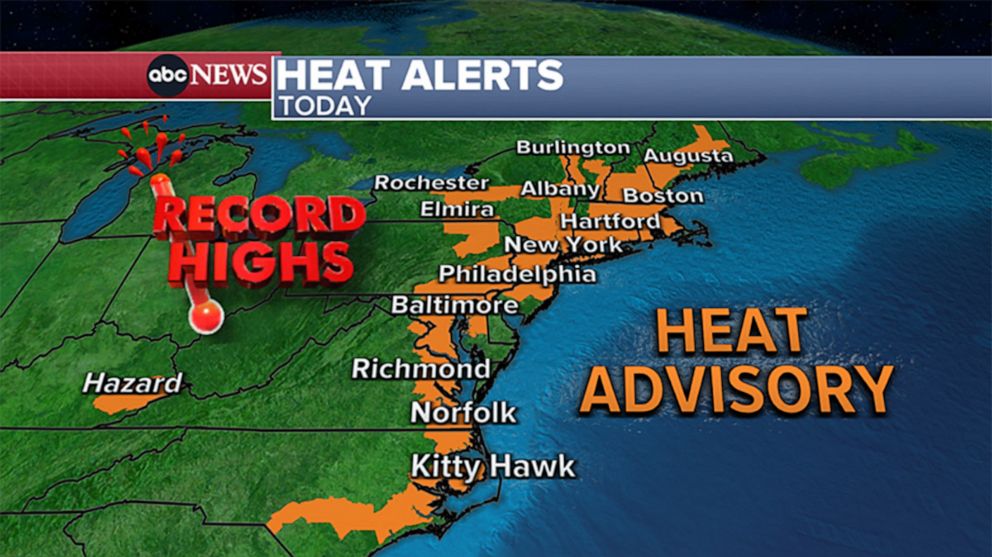 Last week, a heat wave settled in the northwest, where more than a dozen deaths have now been linked to the extreme temperatures.

For more information on how to stay safe in the heat, click here.