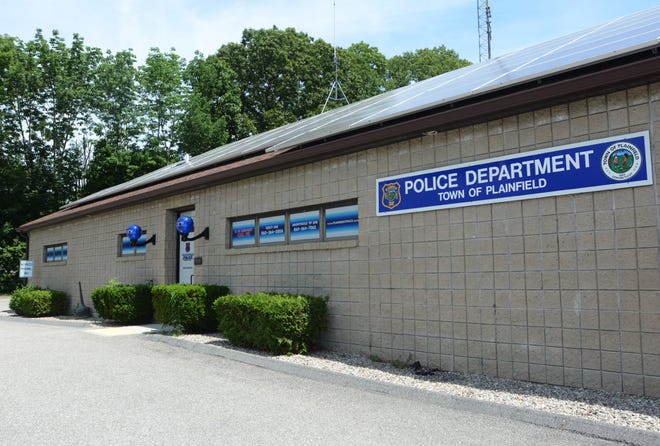 The Plainfield Police Department is sending its first batch of officers out for drug-testing this month, fulfilling one of the new state requirements set by a sweeping new police accountability bill.

In addition to updated rules concerning body cameras, bias training and use of force, the “Act Concerning Police Accountability” bill, which passed last year, also authorizes the Police Officer Standards and Training Council, or POSTC, to require all police officers to pass a urinalysis drug test as part of a condition for renewal of officer certification.

POSTC certification occurs every three years for an officer and is required for continued employment. Under the new law, every officer will be drug-tested at some point during their three-year re-certification process.

“There had been some departments that had taking a drug test as part of their union contracts, but not all,” Plainfield police Chief Mario Arriaga said on Tuesday. “For us, and a lot of other departments, a prospective officer gets tested, but that was it. An officer would not be required to take another for the rest of their career. People are shocked by that, but I’ve had to tell them, ‘Yes, there’s seriously no drug-testing required after an officer is hired.’”

Arriaga said the lack of specificity in the bill led him to create his own testing policy and codify it in the department’s policy book.

“Officers will be tested for a wide range of drugs, including cocaine, marijuana – even though its recreational use is now legal – opioids, amphetamines, steroids and other substances,” he said.

The department is sending its officers to the PhysicianOne Urgent Care clinic in Norwich with samples to be examined by Quest Diagnostics.

“We have two Quest Diagnostic locations here in town, but neither handles urine samples,” Arriaga said. “So, we’ll have to pay to send officers to Norwich and then cover the cost of the testing, which run between $150 to $300.”

If a sample turns up “hot,” or positive for illicit drugs, a medical review officer will take a deeper dive into the results and conduct an interview with the officer, Arriaga said.

“One reason for a positive test may be linked to the use of a prescribed drug, but if that’s not the case, the officer will be discharged,” he said. “The only exception is if there’s an abuse issue linked to a prescription drug. In that case, we can offer rehab options.”

Arriaga himself went through a drug screening last month – he tested negative – to get a sense of the process.

“I also provided the policy to all officers ahead of time so they could get back to me with any questions or to see if there was any pushback,” he said.”There was none. This is a policy designed to pick up a problem, one that shows accountability and our willingness to be transparent.”

Norwich police Chief Patrick Daley said officers will begin being drug-screened next month under the new guidelines by the Gregory & Howe, Inc. company, the same firm that conducts drug-testing for the city’s public works department.

Daley said drug screens were previously written into union contracts, but did not call for the testing of all officers or employees. Like in Plainfield, his department had to work out specific details on how the new policy would be implemented.

“Things like the frequency and other logistics,” he said. “It seems like a no-brainer, but the devil’s in the details. I think this will help from a public trust standpoint if it weeds out problem officers.

In Putnam, the department has also for years required a level of drug-testing for employees as part of its collective bargaining agreement with members.

“The company that handles our testing each quarter sends the names of three officers to me and I inform them they have 24 hours to be tested,” Chief Christopher Ferace said. “What we’ve done is expand that policy to include all employees.”

Ferace said any positive test result would be handled via existing policies.

“And these are policies that have been in place before the (accountability bill) was passed and before I was hired,” he said.