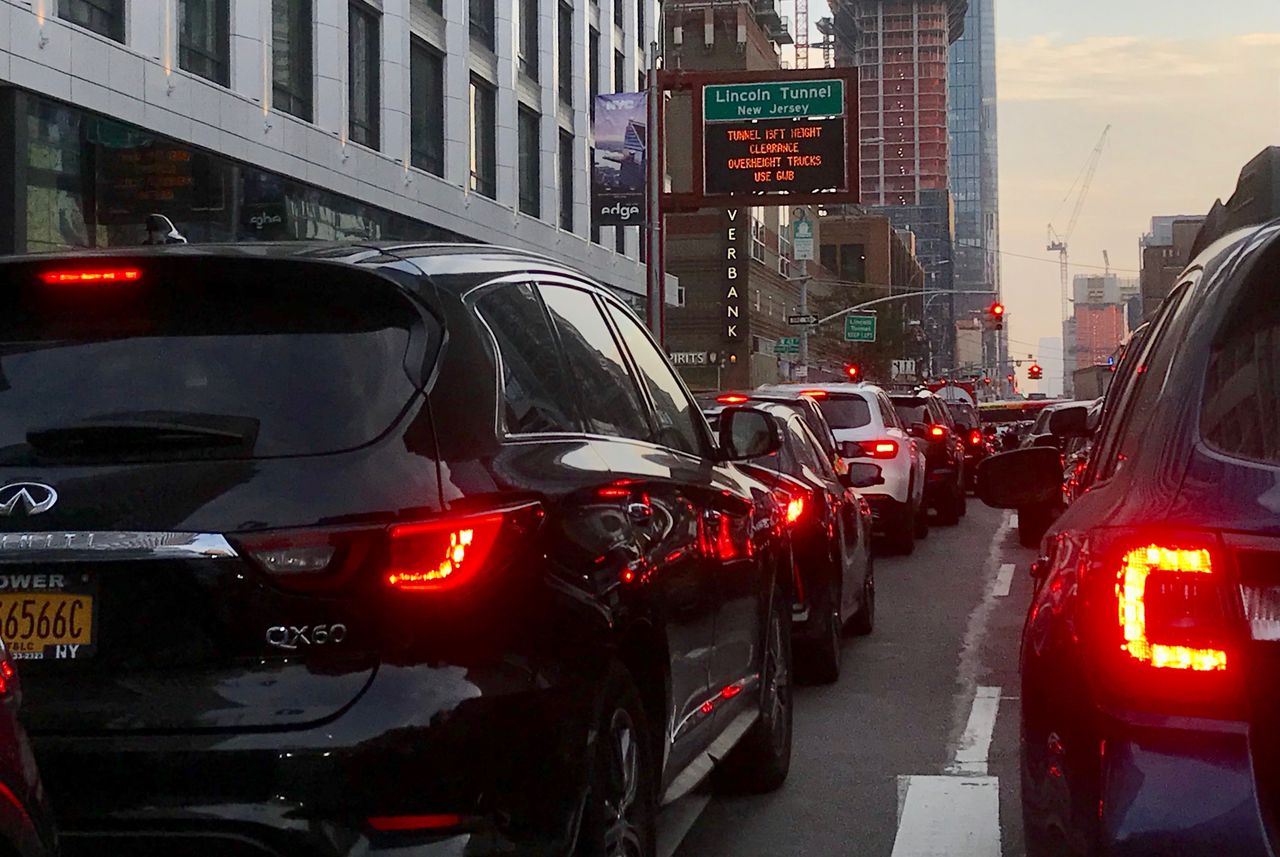 STATEN ISLAND, N.Y. — As the MTA begins a 16-month environmental review process to implement the nation’s first congestion pricing program, the Staten Island Advance/SILive.com has compiled a list of everything we know so far about the controversial program.

Staten Islanders will have an initial opportunity to comment on the proposed program on Thursday, Sept. 23, at the first of 13 virtual public meetings scheduled to solicit feedback from residents.

If you plan on registering to speak at the meeting, it may be useful to already have some baseline knowledge of the proposal, like what is congestion pricing? How much will it cost drivers? How will it work? And when will it take effect?

Some of those questions don’t have exact answers just yet, but here’s everything we know so far.

WHAT IS CONGESTION PRICING?

Congestion pricing refers to the use of electronic tolling to charge vehicles for entering certain areas during peak commuting hours, ideally resulting in reduced traffic congestion and increased revenue for transit-oriented projects.

WHAT IS THE CENTRAL DISTRICT BUSINESS TOLLING PROGRAM?

As part of the $175 billion state budget approved on April 1, 2019, the MTA’s Triborough Bridge and Tunnel Authority (TBTA) will establish the Central District Business Tolling Program (CBDTP), which will charge travelers a variable fee for driving into Manhattan’s Central Business District, defined as any area south of 60th Street.

Revenue generated from the program will be bonded against and placed in a designated MTA “lockbox” to fund capital improvements to the city’s ailing mass transit system.

HOW MUCH WILL IT COST?

The short answer is no one knows yet.

A six-member Traffic Mobility Review Board will recommend toll pricing to the TBTA, which will ultimately determine the toll prices, which may vary based on a combination of factors and will offer exemptions and credits to certain travelers.

In 2019, a source involved with New York City congestion pricing proposals told the Advance it was “fair to say” that the panel would start with a baseline of the existing MTA tolls on the Hugh L. Carey and Queens Midtown tunnels, resulting in a two-way fee of $6.55 or one-way fee of $13.10 under the current tolling structure.

According to the source, the determining factor in selecting the price will be assuring that the annual generated revenue meets the approximately $1 billion threshold needed to secure $15 billion in bonds for repairs and improvements to the public transportation system.

WILL THERE BE EXEMPTIONS?

Currently, emergency vehicles and those carrying people with disabilities are the only exemptions from the program, with tax credits in place for residents living within the CBD and earning less than $60,000.

Drivers on the FDR Drive, West Side Highway and the sections of the Battery Park Underpass and Hugh Carey Tunnel that connect the two will be exempt from tolls, unless exiting into the CBD, with protections in place to ensure residential vehicles will only be tolled once per day. Commercial vehicles may be subject to multiple tolls.

HOW WILL THE PROGRAM WORK?

The electronic tolling system would likely operate similarly to the cashless tolling system on the Verrazzano-Narrows Bridge, where overhead gantries read drivers’ E-ZPass tags and administer the fee directly to their account.

In the case of non-E-ZPass drivers, the overhead cameras would photograph their license plate, and a bill would be mailed to them directly.

Non-E-ZPass drivers could be subject to a higher fee similar to the “tolls by mail” option that charges a two-way toll of $10.17 on the aforementioned tunnels as opposed to $6.55.

The increased price would be justified by the administrative costs of processing and billing the driver directly.

In October 2019, the MTA selected TransCore to design, construct, operate and maintain the infrastructure and tolling equipment required for the congestion pricing program.

The company is expected to install the majority of toll collection equipment on existing poles and mast arms “as to have a minimal footprint and fit within existing streetscapes.”

WHEN WILL THE PROGRAM START?

When the program was first announced back in 2019, it was set to be in place by the end of 2020, with toll collection expected to start at the beginning of 2021.

However, the project was delayed when the former presidential administration repeatedly failed to provide the MTA with guidance regarding the type of environmental review that would be required.

Now that the federal guidance has been given, the MTA has begun what the agency expects to be a 16-month environmental review process before the program can be implemented.

The expected timeline for the environmental review process means that congestion pricing likely would not be implemented before 2023.

DO RESIDENTS HAVE A SAY?

The meetings, which will be held virtually due to the ongoing coronavirus (COVID-19) pandemic, will take place between Thursday, Sept. 23, and Wednesday, Oct. 13, and will encompass 28 counties across New York, Connecticut and New Jersey.

The first 10 meetings will focus on how the program will impact various regions, though residents are allowed to participate in any meeting they want, regardless of whether they reside in that region.

Staten Island, which has been grouped in with the other three outer-boroughs, will be the focus of the first and sixth regional meetings.

Here’s a look at all 10 regional meetings.

In addition to the 10 regional meetings, the agencies will host three Environmental Justice Outreach meetings to discuss how the proposed program could impact minority and low-income areas.

Here’s a look at all three Environmental Justice Outreach meetings.

Those interested in speaking during the meetings can do so by registering on the recently launched CBDTP website, which allows residents to learn more about the program, submit comments and register for all virtual meetings.

The agencies have also launched two new phone lines to help callers learn about the project, leave comments or register for the virtual meetings.

The feedback generated from these meetings will be included in the federal Environmental Assessment (EA) that is required for the project and is expected to take approximately 16 months to complete.

Once the EA has been completed, it will be published publicly, and additional meetings will be scheduled to discuss the completed document.

HOW DO STATEN ISLANDERS FEEL ABOUT IT?

A 2019 poll from Quinnipiac University suggested that Staten Island voters are torn on the implementation and potential effectiveness of congestion pricing.

The poll showed that 43% of the borough’s voters support congestion pricing, with 52% opposing the initiative and 5% responding that they were unsure.

While residents were leaning toward opposing the implementation of the program, likely due to the financial implications, those polled said they believed it would be effective in reducing congestion in Manhattan.

According to the poll, 52% of Staten Island voters felt that congestion pricing would be effective in reducing traffic, with 4% believing it would be ineffective and 5% unsure.

When asked how serious of a problem traffic congestion is in New York City, Staten Island voters outpaced all other boroughs in terms of deeming it a “very serious” problem.

HOW DO OTHER NYC RESIDENTS FEEL?

Approximately 5% of New York City voters were unsure if they would support congestion pricing, with 8% unsure if it would have a positive effect on traffic.