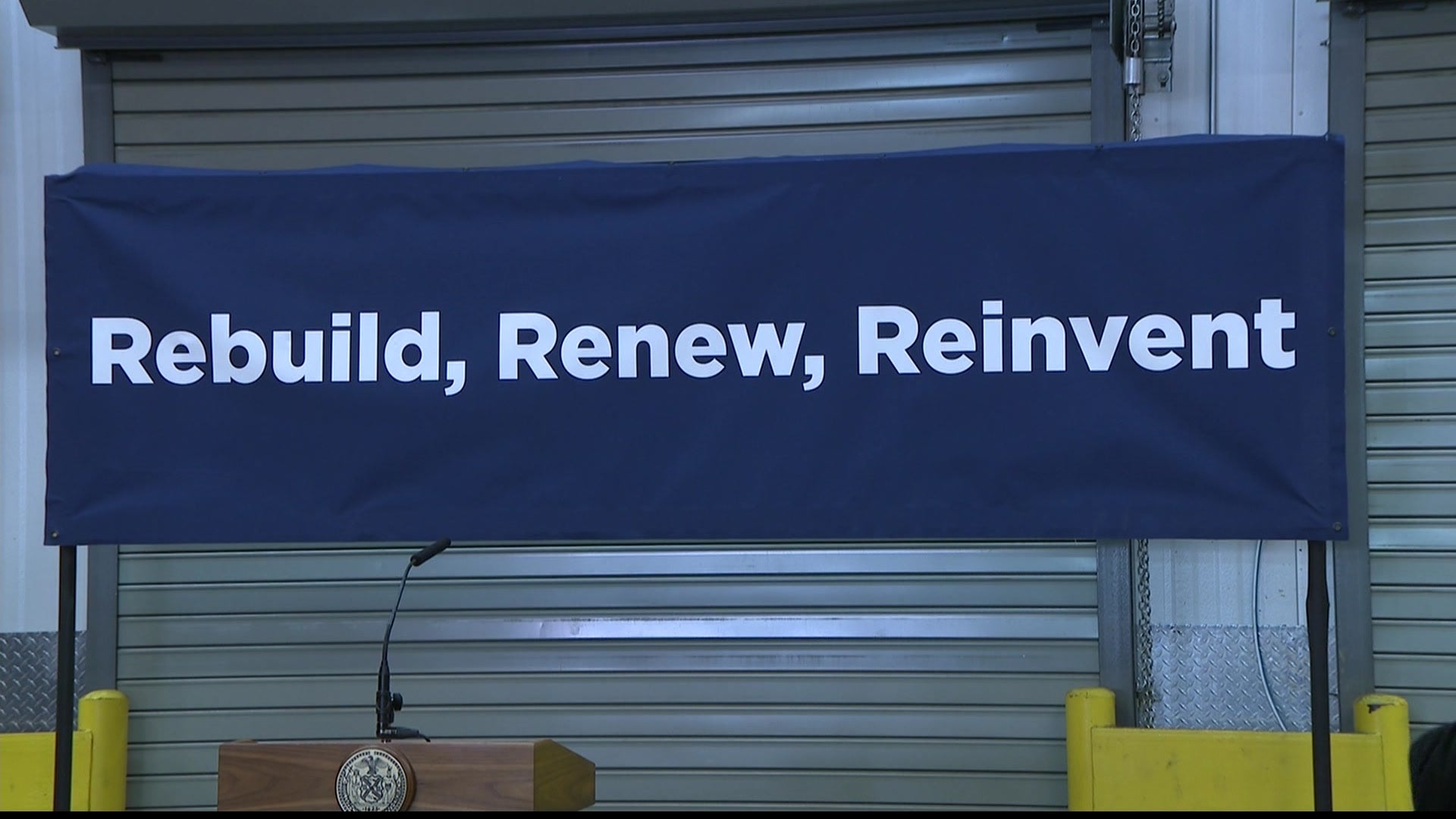 After two years of the pandemic battering New York City, Mayor Eric Adams is hoping to steer his city toward an economic revival by luring tourists back, beautifying the streets and embracing New York’s looming legal pot industry.

Adams, a Democrat who was elected last year on a pro-business, anti-crime message, unveiled an economic development plan Thursday that he said would usher in a “New New York.”

“We will never be the same. COVID has changed the game. And we must be prepared to win in the game,” Adams said.

New York City, with a population of 8.8 million, became the early epicenter of the COVID-19 outbreak in the U.S. and was again at the center of the storm this past winter when the omicron variant emerged.

COVID-19 cratered New York City’s economy, sending the unemployment rate from a pre-pandemic rate of 3.7% to more than 20% in May 2020.

The rate in December was 8.8%, higher than the rates for the state and U.S. as a whole. About 66,000 business shuttered at some point, with more than 26,000 permanently closing, according to the mayor’s office.

As rates of virus cases and deaths have been sharply dropped, the new mayor has sought to turn a page, declaring that the virus cannot control New Yorkers’ lives and the city must come back.

“We can’t stumble into post-COVID. We must start to think about the redefinition of what our city is going to look like,” Adams said Thursday.

The mayor’s plan calls for helping small businesses and cultivating specific industries, including pharmaceuticals, medical technology and other parts of the life sciences sector, manufacturing, video games and the legal pot industry.

New York legalized the recreational use of marijuana last year for those over 21, but recreational sales are not expected to start until later this year or early next year as the state sorts out regulations for what is expected one of the biggest legal U.S. markets for pot.

Adams has hyped the industry before, offering rolling papers and a fake bag of marijuana to Stephen Colbert during an appearance on his late-night show while presenting the host with New York City-themed gifts.

Adams, a former New York Police Department captain, said Thursday that his office is committed to help the industry to develop in a socially equitable way, helping those who were impacted by the war on drugs to find opportunities in the industry, such as pro bono legal services, help with applying for licenses and financing and marketing.

“We unfairly targeted Black and brown communities during the marijuana, heavy-handed arrests that I fought against when I was a police officer,” Adams said.

The mayor said he wants to boost New York City’s outreach to tourists and invite people from all over the world to visit and spend money. Tourism dropped from 66.6 million visitors in 2019 to 22.3 million in 2020 when the pandemic hit.

Adams doesn’t just want to boost the city’s image through marketing, but has said he wants to improve public safety by reducing crime and tackling perceptions of crime and “disorder.”

Adams’ new plan also calls for focusing on the city’s beautification, prioritizing street cleaning and graffiti and garbage removal. The city will add benches, bike racks, planters and other amenities to business districts around the city, according to the plan, and establish long-term standards for outdoor dining structures on streets and sidewalks that have been a lifeline for the city’s restaurants.

“We have to have a clean city, and every part of the city is a reflection of how we feel about ourselves,” Adams said. “When our streets are not clean it sends the wrong message.”