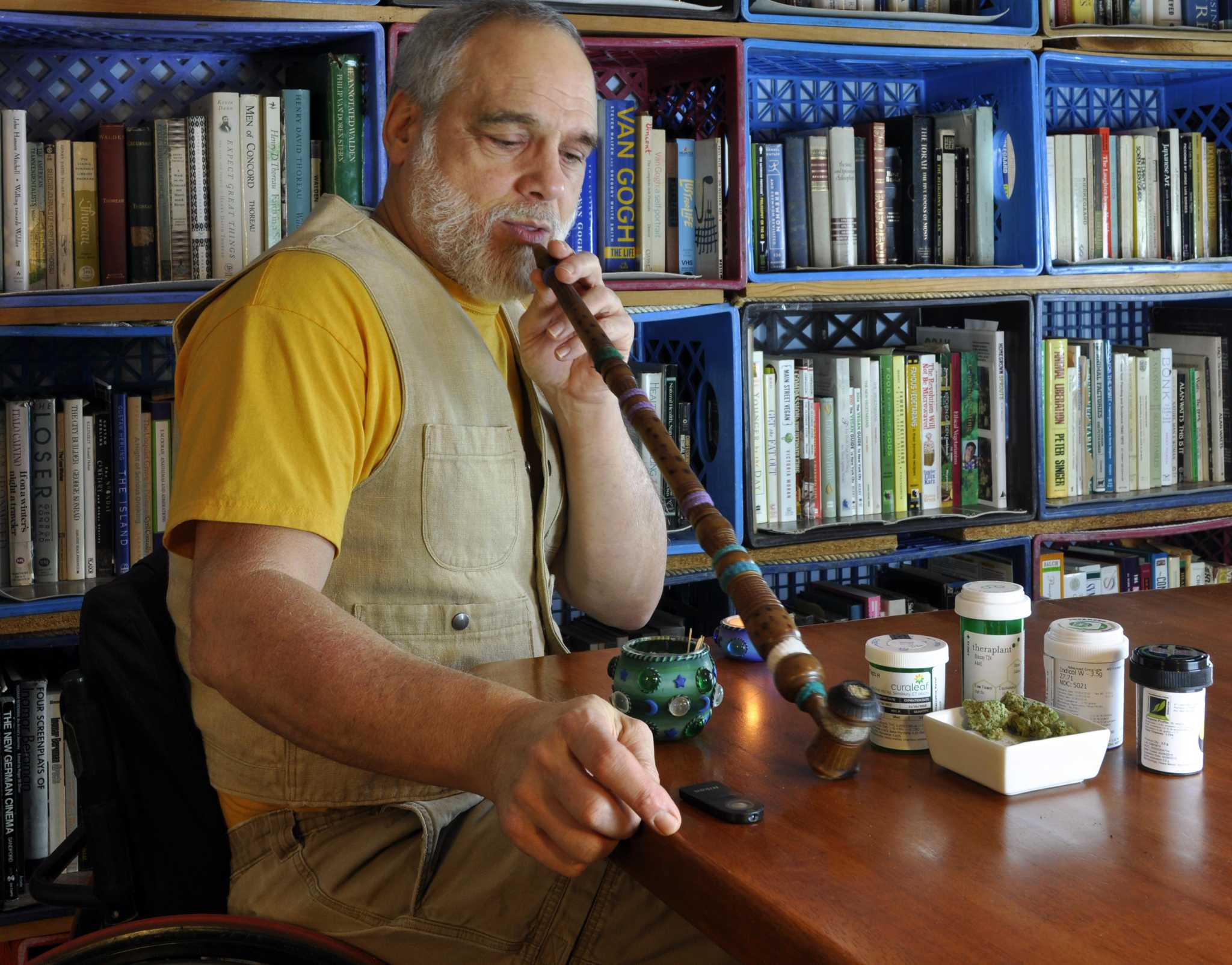 Last July, Connecticut turned over a new leaf when it legalized cannabis for adult recreational use. Legal to possess and smoke, but not quite yet to grow. The right to cultivate six cannabis plants was granted only to licensed medical marijuana, or MMJ, patients, and was delayed until October, causing patients to lose out on the summer growing season. The rest of the state’s residents will have to wait until 2023. Why the wait? And who waited?

Along with the other impatient MMJ patients who have confided to me that they have already explored a new hobby, not I. I sowed my first two seeds symbolically on Independence Day. Until July, that same venture in home gardening might have thrown me in jail. A Connecticut Yankee in Judge Arthur’s Court, no longer. Now a first offense for rushing the timeline is just a written warning. I’m trembling with fear.

While it’s easy and cheap to trawl the hinterland of the internet for conflicting instructions on how to grow pot, I prefer a single source with a single voice. For authority, I look to authors, and I found two authoritative books. One book to get me started, and another to keep me going. The book that got me started was Jeff Lowenfels’s “DIY Autoflowering Cannabis.”

Jeff’s book is perfect for the beginner indoor cannabis grower, and most of us are beginners. The chapters are organized to parallel the steps you would follow for growing autoflowering cannabis.

Shorter in height and requiring a shorter growing season than the more widely cultivated Sativa and Indica varieties, the new hybridized strain of autoflowers is ideal for indoor gardening. While you must incrementally shorten the light cycle for Sativa and Indica to spark their blooming, day length is not an issue with autoflowers, as its name suggests. The flowers are the most potent part of this herbaceous leafy green. That’s what the hippies meant by “flower power.”

A bountiful harvest had long eluded me. Beginning in 1987, I tried to grow marijuana in the woodlands of the Connecticut College Arboretum in which I lived. Back then, no mail-order seed banks supplied you with seeds. Instead, you winnowed them out from your black-market stash. Seeds were abundant because legendary sinsemilla (Spanish for “without seed”) was sought for but seldom found.

Starting indoors, I sprouted some rare hearty seedlings, then transplanted them into the great outdoors. I pioneered garden beds where meadows bordered forests. I mixed in organic fertilizer, weeks ahead of planting to allow time for the raccoons and possums and skunks to dig up the soil when they followed their noses to something that smelled appetizing. Rabbits grazed upon my few seedlings. Deer browsed upon my fewer saplings. Posing as a nature photographer with a tripod balanced on my shoulder, I carried in water in a backpack. Summer after summer, my plants never ripened into flower. All I ever got to harvest was a handful of seven-fingered leaves. After five years of guerrilla gardening, I gave up.

I achieved my first successful harvest of flowering buds early in September 2021. In the midst of my second crop, I was ready for a second book to keep me going. Published just in time in late October, that book is Ed Rosenthal’s “Cannabis Grower’s Handbook.” Ed’s earlier “Marijuana Grower’s Handbook,” first published in 1974, has been revised and rerevised in several editions. For 2021, his 736-page magnum opus was updated, enlarged and retitled, “Cannabis Grower’s Handbook.” “Marijuana” hails from the dark times of pot prohibition. “Cannabis” belongs to the happy times of plant liberation.

Ed’s encyclopedic tome is not to be read from cover to cover, no more than you might read any single volume of a 20-volume encyclopedia. If you have any questions or problems, Ed has the answers and solutions. The first-time grower should not buy Ed’s new book. Not yet, anyway. You will barely know where to start reading, so will not likely know how to start growing. The weakness of Ed’s book bolsters Jeff’s book’s strength. In preparation for my third crop that I will sow this spring, I will be reading parts of Ed’s exhaustive texts this winter. Also this winter, I will be enjoying the harvests from my first and second crops.

Mark Mathew Braunstein provided in-person testimony in support of Connecticut’s medical marijuana bills at seven of the eight public hearings held from 1997 until its passage into law in 2012.