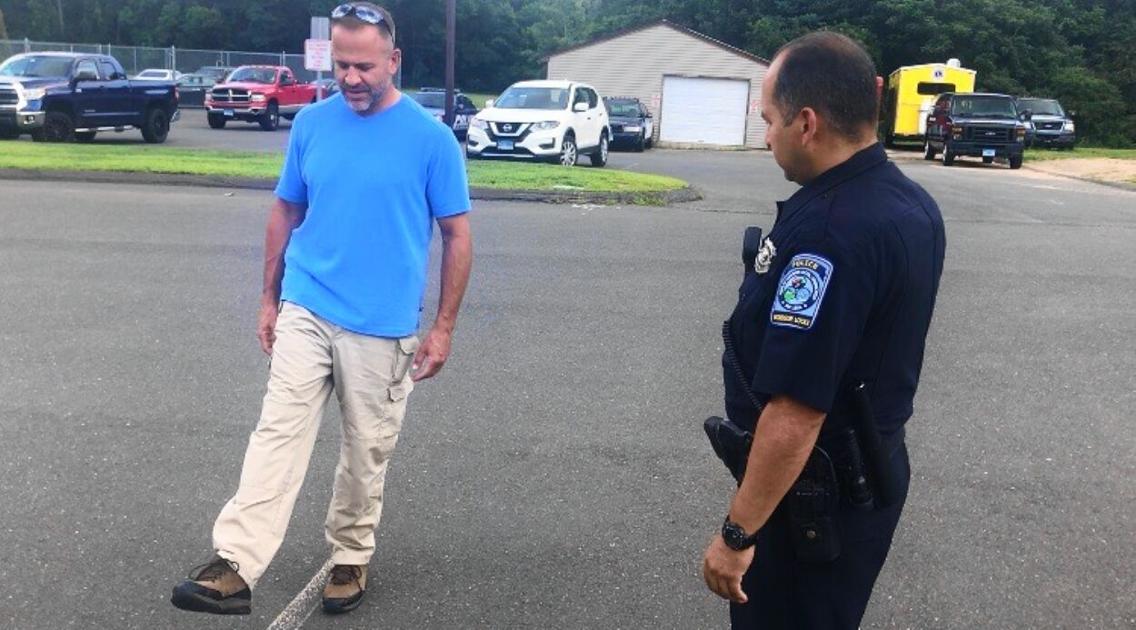 Although recreational marijuana became legal for adults effective July 1, police departments still are grappling with the new law and how to police the drug.

Under the law, people age 21 and up can legally have up to 1.5 ounces on their person. They also can possess up to 5 ounces in their car, but it must be kept in a locked glove box or trunk.

While simple possession is no longer illegal, police still have concerns about marijuana.

Sgt. Derek Leab of the East Windsor Police Department said he believes the state will see an increase in drivers operating under the influence, but that can be difficult to determine with marijuana.

“Marijuana is one of those drugs where it’s a status thing to carry around, whereas other drugs people will get it and use it right away because it’s so addictive,” Leab said. “Marijuana, though, the younger crowds tend to carry it around. So, sometimes the car will smell but that doesn’t mean they’re actively smoking it or the driver is impaired, it just means it might be on their person.”

Coventry Police Chief Mark Palmer said it can be difficult to determine if a driver is under the influence of marijuana because there isn’t an easily measurable standard, unlike with alcohol.

“Under the law, an operator who has a blood alcohol content of .08 or greater is considered to be driving under the influence. There is no comparable test for marijuana to say that this amount of marijuana in somebody’s system — based on the results of a urine or blood test — indicates that a person is impaired or not.

Officers still can use standard sobriety tests, such as asking a person to follow a moving pen with their eyes, touch their finger to their nose, and walk a straight line and turn.

Many police officials believe the state will see an increase in drug recognition experts — or DREs — to address the issue of assessing whether drivers are under the influence from marijuana.

A DRE is an officer who receives training on the detection of impaired drivers involving alcohol or drugs, Officer Pete Nisyrios, a certified DRE from the Enfield Police Department, said.

The state has between 50 and 60 drug recognition experts, he added.

Enfield Police Chief Alaric Fox said the prerequisites to become a certified DRE are substantial, and it can take roughly a month or more to become certified.

“The prerequisite is a program called ARIDE, and that’s a two-day training class and that’s kind of like the foundation of a house, if you will. After ARIDE, then there’s the DRE program. There’s an academic training portion of it that is 72 to 80 hours of classroom time,” Fox said.

“So, effectively you’re talking about two weeks. During those two weeks there are three written exams, there is a standardized field sobriety test proficiency exam, and then there are five written quizzes.”

Fox continued, “After the academics, there’s then the certification phase, which requires one week of travel, which traditionally gets done out of state in Arizona where DRE is centered. And then one week of hands-on training … with an eventual final exam.”

State Sen. Daniel Champagne, R-Vernon, who served as police officer in Vernon for 22 years, said one of the reasons he opposed the legislation legalizing recreational marijuana was the lack of existing certified DREs in the state.

“One of the questions I asked was, ‘why are we legalizing this before we get enough officers in the state that can truly get the training needed to identify this problem?’ Because we know everywhere it’s been legalized that fatalities on roads increase a certain percentage,” Champagne said.

Brian Foley, spokesman for the state Department of Emergency Services and Public Protection, said every police department in every state wishes they had more DREs.

“That’s not anything new to Connecticut,” he said.

Leab said it can often be difficult to find officers who are willing and motivated to become a DRE.

“It’s not easy,” he said. “You have to have someone who has a passion about drugs and impaired driving and things of that nature.”

Not a reason to search

Another issue for police is that they’re no longer able to use marijuana as a reason for a search that could lead to uncovering other criminal behavior that could be more significant than the possession of cannabis.

“When we had an encounter with someone at a traffic stop, if we pull over a car and the car smelled like marijuana, we’re typically looking for other criminality that’s going on,” Leab said.

Leab mentioned a routine traffic stop that occurred not long before the bill was signed into law in which a convicted felon was in possession of a gun.

Leab said police were able to search the car after they smelled the odor of marijuana.

However, Leab said police are no longer able to use marijuana as a justification to search a vehicle with the new law in place.

“It’s like cigarette smoke now,” he said. “I think that tool of using marijuana to find other felonies or dangers to the community is probably over now.”

Foley said departments will have to evolve.

“It’s definitely a loss of a tool that will take some adjusting, but the bottom line is police definitely have many, many tools in their toolbox, and they’ll have to find other ways to develop probable cause,” Foley said.

Foley, who served as a police officer in Hartford for 24 years, said he never felt like he was doing justice when arresting someone for marijuana related charges.

“It darn near made their lives worse,” Foley said.

Palmer, the Coventry chief, said he believes the state, as well as police departments, is trying to figure out every aspect of the legislation.

“I’ve seen law enforcement training material, I’ve seen media coverage trying to explain the nuances of this very complex bill, so I think we’re all learning this together,” Palmer said.