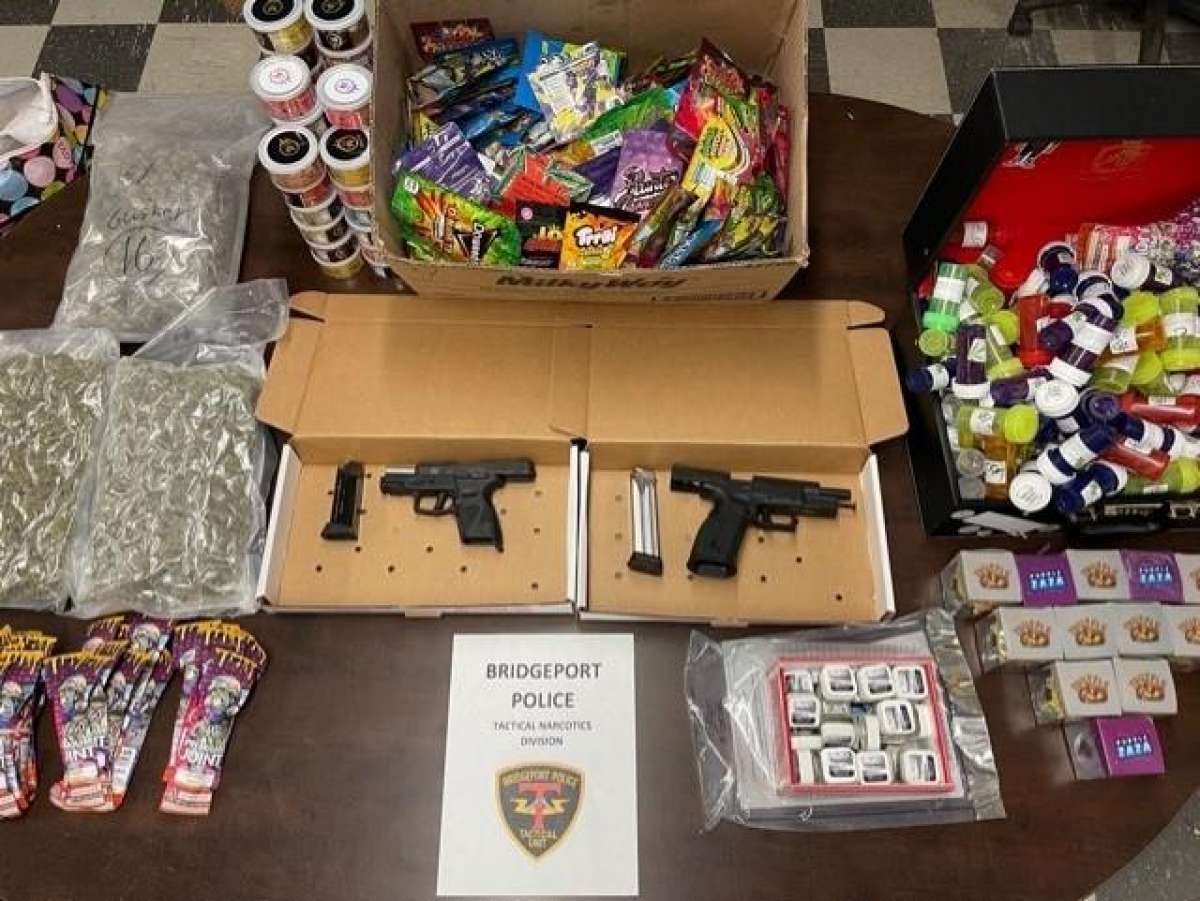 BRIDGEPORT — Three people were charged with gun and drug offenses after city police served a warrant at a business Monday and seized “extremely large amounts of marijuana,” vape devices, untaxed cigarettes and guns, according to officials.

He said the business does not hold a dispensary permit or license to sell recreational marijuana.

The Narcotics and Vice Division served a search warrant at the business on Monday, leading investigators to what Gilleran said were “extremely large amounts of marijuana,” THC vape devices, THC edibles and untaxed cigarettes. Gilleran said all items were priced for sale within the store.

Investigators also seized two guns, one of which was stolen, Gilleran said.

Andrew Friday, 33; Ahmed Nagi, 22; and Luis Navarro-Morales, 22, were all arrested and charged with gun violations and charges linked to the illegal marijuana sales, Gilleran said.

The investigation is ongoing.

Anyone with information is asked to call 203-576-TIPS.