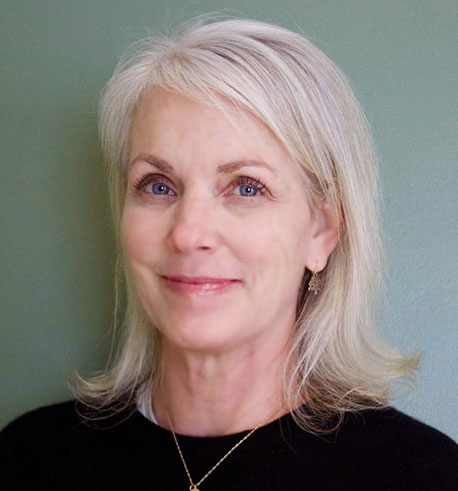 Ridgefield’s Economic & Community Development Commission invited established cannabis retailers and policy makers from Massachusetts and California to a special online meeting Aug. 30 to hear the benefits and challenges that could arise if the town gave its approval for the opening of marijuana retail stores.

And what did they learn?

Setting up cannabis retail comes with a lot of variables.

Meg Sanders, CEO of Canna Provisions, a cannabis retailer in Massachusetts, cautioned the commission that making money in this sector of the retail industry was heavy with obstacles created by the regulatory oversight in place.

She observed that while the legalization of marijuana in Massachusetts — which was approved by voters in 2016 — sparked a great deal of interest among potential retailers, “very few applicants have made it through the process,” adding that many would-be entrepreneurs would face sticker shock for upfront costs.

“One of the things that I think is critical to remember is this is a business where a lot of money’s invested in order to open,” she said, citing the costs of security systems to the staffing needed to ensure inventory is handled and consumers are not underage.

“And with the heavy taxation burden that exists in this industry because it’s not federally legal yet, we have a massive burden. We are not allowed to take any normal business deductions except for cost of goods — payroll, rent, insurance, all of these things normal businesses pay we cannot deduct from our taxes. So, you can imagine what our tax burden is — it’s enormous.”

Connecticut state Sen. Will Haskell, whose district includes Ridgefield, supported the cannabis legalization bill that Gov. Ned Lamont signed into law in June but noted that it comes with some significant caveats, including an age restriction on sales to individuals 21 and older, restrictions on the use of mass media for advertising and limits on what constitutes legal possession for both the number of cannabis plants on residential property — three mature plants and three immature plants per person, with a maximum of 12 plants per household — and the possession levels of marijuana on a person.

“If you’re in possession of more than one-and-a-half ounces, but less than five ounces, then you’re subject to a first-offense fine of $100, a second-offense fine of $250 and so on,” he said. “If you’re in possession of even greater amounts, well then there’s greater fines. The first offense is $500, the second offense is a Class C misdemeanor. And then there are other crimes that remain in place like those who are growing illegally, manufacturing illegally and the intent to sell to somebody who’s under 21 — those are all additionally considered a crime under our new statute.”

While predicting cannabis will be “one of the most regulated industries in the country,” Haskell noted that a disproportionate number of minorities went to prison for marijuana possession in the pre-legalization era and he warned that he did not want to see this sector controlled by “a whole bunch of corporations predominantly owned by folks who are white who all of a sudden become millionaires on the backs of a failed war on drugs that negatively impacted so many communities.”

Arthur Wylene, general counsel of the Rural County Representatives of California, discussed his state’s efforts to launch and maintain a cannabis retail sector and stressed that not every locality is right for such retailing, but those that succeeded understood the needs of this offering.

“With great control comes great responsibility,” he said. “We were quite successful in California getting a fairly high level of local control. But we found that certainly the choices we make collectively can have an effect on that statewide dynamic, both on the market and on the political repercussions in future legislative and regulatory activity.

“If local jurisdictions have negative press articles about how they have not regulated, that rebound one way,” he said. “Whereas on the other hand, if jurisdictions sort of reflexively say ‘No, we don’t want commercial cannabis activities, we don’t want retail, we don’t want a cultivation,’ that in turn generates pressure at the state level to override the local bans. And we see those bills probably once every couple of years in California.”

Wylene also advised his Ridgefield audience that his state’s experience might not fit into their situation.

“Connecticut isn’t California, and California isn’t Massachusetts, and Massachusetts isn’t Colorado,” he said. “Each of those states faces different conditions and decisions at the state level that, in turn, affect how local governments react.

“In California, the level of local control that we have, particularly in the fiscal realm, is a lot higher than Connecticut municipalities have. We don’t have limits on local taxation that requires a vote of the people to impose any tax but with a vote of the people — you can tax cannabis businesses almost without limit.”

Sarah Dukett, legislative advocate for Rural County Representatives of California, echoed Wylene’s comments but adding that creating a cannabis retail environment is an act of trial-and-error.

Dukett added that “not getting it right the first time is okay” because the cannabis industry itself is a work in progress.

“A robust regulatory framework does not happen overnight,” she said. “It’s going to take time to have that setup and to have a whole entire licensing process set up. And even if you decide to say yes, to get your own rules in order finding the right business for your community, it’s going to take time and you need to be prepared to pivot and make changes and be flexible.”

And as for those who think cannabis will bring quick revenue into the town, Dukett cautioned to “keep your expectations modest” and to be patient when expecting positive results.

“You’re not going to see a public benefit payoff right away,” she said. “Maybe take the time to do a little revenue projection — that’s a little bit more realistic.”