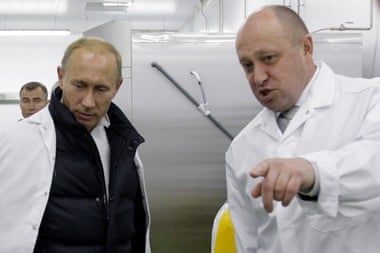 Three billboards in the Ural city of Yekaterinburg shine a light on what was once one of Russia’s darkest organizations, the private military contractor Wagner.

“Homeland, honor, blood, courage. WAGNER”, says one of the posters.

Another, which locals say first appeared on the outskirts of the country’s fourth-largest city in early July, represents three men in military uniform next to the words “Wagner2022.org”.

The billboards, which can be seen in several Russian cities, are part of Wagner’s efforts to recruit fighters to join his ranks in Ukraine.

They also serve as a testament to the group’s transformation since Moscow launched its invasion more than five months ago, from a secret mercenary organization shrouded in mystery to an increasingly public extension of Russia’s military efforts in Ukraine .

“It seems that they have decided that they will no longer try to hide their existence. By now, everyone knows who they are,” said Denis Korotkov, a former Novaya Gazeta journalist and longtime Wagner watcher.

Wagner was established in 2014 to support pro-Russian separatists in eastern Ukraine. The United States and others say it is funded by Yevgeny Prigozhin, a powerful businessman closely linked to Vladimir Putin who is under Western sanctions. Prigozhin denies any link to the group.

Vladimir Putin and Yevgeny Prigozhin at a factory in St. Petersburg in 2010. Photograph: Alexey Druzhinin/Sputnik/AFP/Getty Images

Since then, the group has played a prominent role fighting alongside the Russian military in support of President Bashar al-Assad in Syria, and has been seen in several African nations, places where Russia has strategic and economic interests. He has been repeatedly accused of war crimes and human rights violations.

Despite its global reach, much of the group’s inner workings have remained a secret to the outside world.

On paper, it doesn’t exist, with no company registration, tax returns or organizational chart. Russia’s senior leadership, including Vladimir Putin, has repeatedly denied any connection between Wagner and the state.

Private military companies are officially banned in Russia, and the semi-legal framework in which the mercenaries operate has also meant that relatives of deceased Wagner operatives were often pressured into silence when seeking information about their loved ones.

And while Wagner has gradually embarked on a public relations campaign, with companies linked to Prigozhin financing propaganda films that to glorify exploits of “military instructors” in Africa, any mention of the group remained largely taboo in the public sphere. Journalists like Korotkov who investigated the group have been harassed for their work.

Russia’s war in Ukraine, however, has brought the group out of obscurity.

By the end of March, British intelligence claimed that around 1,000 of Wagner’s mercenaries had gone to Ukraine. The group’s role in the war appears to have grown significantly after Moscow refocused its efforts eastward after failing to capture the capital, Kyiv.

Wagner is believed to have played a central role in the capture of Popasna in May and Lysychansk in June, two strategically important cities that Russia largely razed during its takeover of the eastern Luhansk region. On Wednesday, British intelligence said Wagner played a role in the capture of the giant Vuhlehirsk power station in eastern Ukraine.

As Wagner’s role in Ukraine grew, so did his public image at home. 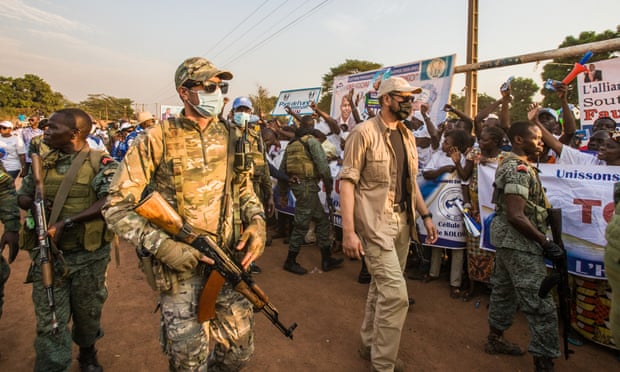 In May, Wagner received what appeared to be his first state news recognition when a correspondent alluded to it on a national broadcast, saying the military had its “own orchestra” in Ukraine.

Its supporters and members often refer to Wagner as the “orchestra”, a reference to the German composer Richard Wagner. The group’s alleged founder, Dmitry Utkin, has been linked to the far right and is believed to have named it after Hitler’s favorite composer.

UK intelligence has also suggested that Prigozhin, who was in the image in eastern Ukraine in April, has recently been named a Hero of the Russian Federation in recognition of the group’s role in the invasion.

Last week, Wagner received his biggest recognition yet when Komsomolskaya Pravda, the country’s most widely read tabloid, ran a front-page story about the group’s assault on the Vuhlehirsk plant.

Not long ago, Russian officials (up to Putin) and state media pretended that Wagner had nothing to do with the Russian state or even that he didn’t exist at all.

Today a report about the group storming 🇺🇦’s second largest power plant is on the front page of 🇷🇺’s biggest tabloid pic.twitter.com/KTX6Ye0wMm

Wagner publicly boasted of his involvement in the war with a message on his website that read: “They have already liberated Popasna, join us to liberate all of Donbas! Go on your first combat campaign with living legends of the industry!

When The Guardian contacted the email address listed on Wagner’s website, a person claiming to represent the group said it launched its recruitment drive because “we’ve seen the support for our company it’s colossal, and there are many who want to join.”

“But nothing changes, there is no Wagner and there never was, he is just a legend. There are only Robin Hoods who protect the poor who are oppressed by the rich,” the person added in an email exchange that was characteristic of Wagner’s tongue-in-cheek public stance.

The website has since been taken down by Hostinger, the Lithuania-based internet domain provider that hosted it. A representative from Hostinger said it took action when it discovered the site was being “cloaked” with fake identities, VPNs and crypto payments.

The Guardian contacted several of the recruiters whose numbers were listed. Some used the mercenary group’s symbols as profile pictures on WhatsApp and Telegram, and none denied their association with Wagner.

When asked about Wagner’s mobilization efforts, a recruiter from the Nizhny Novgorod region in central Russia, who declined to be named, sent a list of documents needed to join, which included a passport from any country “not NATO or Ukraine” and various medical certificates.

The recruiter also sent a list of items to bring once accepted by Wagner, ranging from shower gel to tourniquets and other medical equipment.

“See you in Molkino,” the message concluded, referring to the city in Russia’s Krasnodar district where Wagner is believed to be based near a major defense ministry base.

Military analysts have argued that Russia’s reliance on groups like Wagner shows how badly the country’s regular army, which has lost up to a third of its combat strength, has struggled to achieve its goals in Ukraine.

“Wagner’s private military contractors have played a critical role in the fighting. In fact, it’s fair to wonder if some Wagner detachments… are in fact more elite and capable than regular Russian motorized rifle units” , wrote Michael Kofman and Rob Lee, two leading Russian military specialists, in a recent information session for the War on the Rocks website.

The war in Ukraine and Russia’s military failures also appear to have accelerated Wagner’s cooperation with the defense ministry. Marat Gabidullin, a former Wagner commander, told the Guardian in an earlier interview that his troops worked closely with Russia’s defense ministry when fighting in Syria.

This relationship seems to have deepened since the start of the war in Ukraine. According to one research by independent media outlet Meduza, the Russian defense ministry has largely taken control of the networks Wagner used to recruit new soldiers. 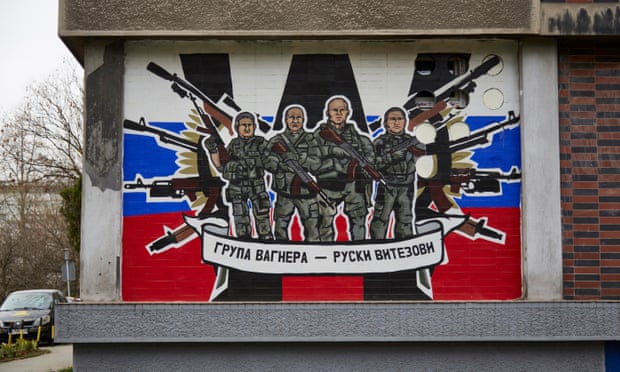 A mural in Belgrade praising the Wagner Group and its mercenaries fighting in Ukraine. Photograph: Pierre Crom/Getty Images

Korotkov, the Wagner expert, said it was difficult to distinguish between soldiers fighting for Wagner and those in the regular army.

“The defense ministry has largely co-opted Wagner, and now it looks more like a coordinated group,” Korotkov said, adding that such cooperation made it difficult to estimate the number of Wagner soldiers in Ukraine.

And while Wagner’s role in the invasion has made the group popular, some say its latest recruiting push threatens to lower its overall military standards.

Sign up to First Edition, our free daily newsletter, every weekday morning at 7am BST

According to the investigative outlet iStories, Wagner has resorted to recruiting prisoners and offering high salaries and potential amnesty for six months of service.

“Wagner is lowering its recruitment standards and hiring convicts and previously blacklisted individuals, which may affect Russian military effectiveness,” the UK Ministry of Defense said in an intelligence briefing on last week.

“Even before the conflict, less than 30 percent of Wagner’s soldiers were real professionals,” said Gabidullin, Wagner’s former commander. “Now, the group will consist mainly of a group of fans… The circus that is Russia continues.”