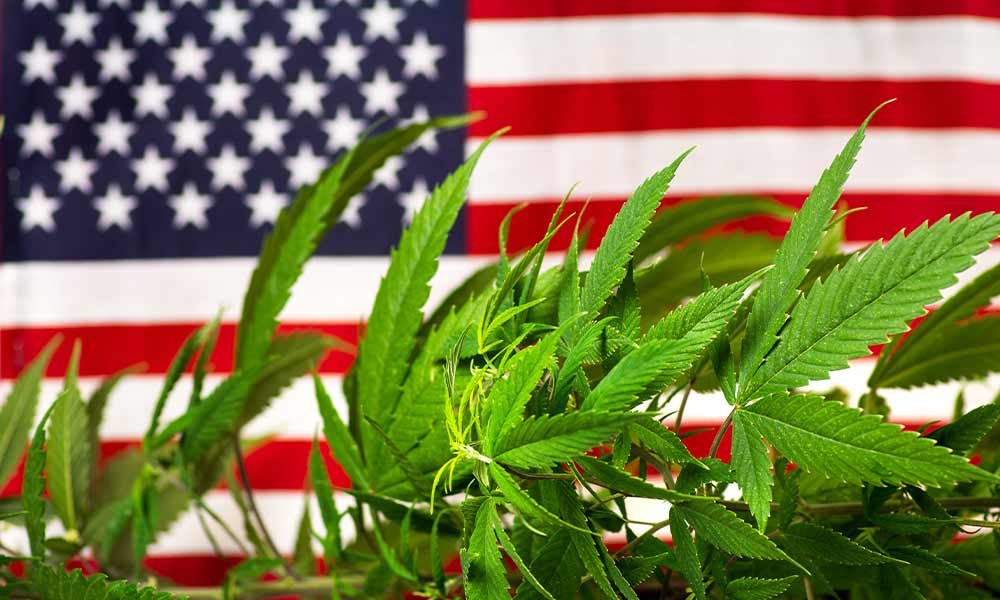 Senate Majority Leader Chuck Schumer announced this month that he’ll formally introduce his long-awaited bill to legalize cannabis in the Senate this April, saying that marijuana policy reform “is a priority for me.” Schumer, a Democrat and the senior US senator from New York, made his comments at a February 4 event in New York City attended by fellow lawmakers and drug policy reform advocates. Schumer first said last July that he planned to introduce the Cannabis Administration and Opportunity Act (CAOA) to legalize and regulate marijuana at the federal level.

Along with Senate Finance Committee Chairman Ron Wyden of Oregon and New Jersey Sen. Cory Booker, the majority leader released a 30-page draft version of the legislation designed to spur discussion on the issue. Since that time Schumer has said on more than one occasion that the bill would be formally introduced “soon.” But until this month, he had failed to set a timeline for officially filing the bill in Congress.

“In the coming weeks, we’re ramping up our outreach—and we expect to introduce final legislation. Our goal is to do it in April,” Schumer said at the February 4 event. “Then we begin the nationwide push, spearheaded by New York, to get the federal law done. As majority leader, I can set priorities. This is a priority for me.”

Under the CAOA, marijuana would be removed from the list of regulated drugs under the federal Controlled Substances Act and cannabis would instead be regulated and taxed like alcohol and tobacco. The measure includes social equity provisions to expunge convictions for low-level federal marijuana offenses and establishes a federal tax on marijuana products, with revenue dedicated to grant programs designed to invest in communities disproportionately harmed by the War on Drugs.

The CAOA would also shift authority over marijuana regulation from the Drug Enforcement Administration to the Food and Drug Administration, with the Bureau of Alcohol, Tobacco, Firearms and the Alcohol and Tobacco Tax and Trade Bureau also assuming some regulatory duties. Last week, Schumer, Wyden and Booker sent a letter to their Senate colleagues to rally support for the legislation.

“As more and more states move to legalize cannabis for both adult and medical use, the federal government has an important role to play. Hundreds of millions of Americans live in states that have legalized cannabis in some form while it remains illegal at the federal level,” the senators wrote. “This discrepancy leads to confusion and uncertainty and raises significant questions around criminal justice reform, economic development and small business growth, and public health and safety, all of which we believe require some type of federal answer.”

The three Democrats also noted in the letter that they’ve received more than 1,800 comments from stakeholders on the CAOA proposal, “many with substantive and detailed policy recommendations.” Schumer said that “we’re taking those comments [on the draft version] and reaching out to Democratic and Republican senators,” noting that “we have some Republican support.”

“If any senators have other ideas that they want to add to the bill, as long as it keeps social and economic justice as the spearhead, we’re happy and willing to listen,” he added. Schumer also noted in a separate meeting with marijuana reform advocates in January that committee hearings would soon follow the legislation’s formal introduction in Congress.

In addition to Schumer, the February 4 event was attended by New York state lawmakers, House Judiciary Committee Chairman Jerrold Nadler, Rep. Nydia Velazquez, the chair of the House Small Business Committee and advocates for reform organizations including the Drug Policy Alliance. The majority leader said that the cannabis legalization bill passed by New York last year could serve as a model for marijuana reform at the federal level.

“We want to renew the case for comprehensive marijuana reform that repairs the harm of the War on Drugs at the federal level, using the great work that has been done here in New York as an example and way to lead,” Schumer said, adding that “just because we have a state law, the federal law still creates problems, and that’s why one of the many reasons we need to change it.”

Nadler spoke about the Marijuana Opportunity, Reinvestment and Expungement (MORE) Act, a separate proposal to federally legalize cannabis. The legislation was passed by the House of Representatives in December 2020 but failed to advance in the Senate. The bill was passed by the House Judiciary Committee in September of last year.

“The War on Drugs—and particularly the criminalization of marijuana—has been a failure that has unleashed untold suffering on millions of Americans, especially within minority communities,” Nadler said. “I’m proud to stand here with Senator Schumer, and with the many other legislators and advocates with us today, who are leading the way in reforming our laws and bringing justice to those who have been harmed by these unfair and destructive policies.”

“This historic legislation would end the federal government’s disastrous, decades-long prohibition policy and create a more just and equitable approach to cannabis in the US,” Vicente said in an email to Cannabis Now. “The draft bill reflects the sponsors’ commitment to stakeholder engagement, and hopefully their Senate colleagues will take them up on their offer to collaborate on the final product.”