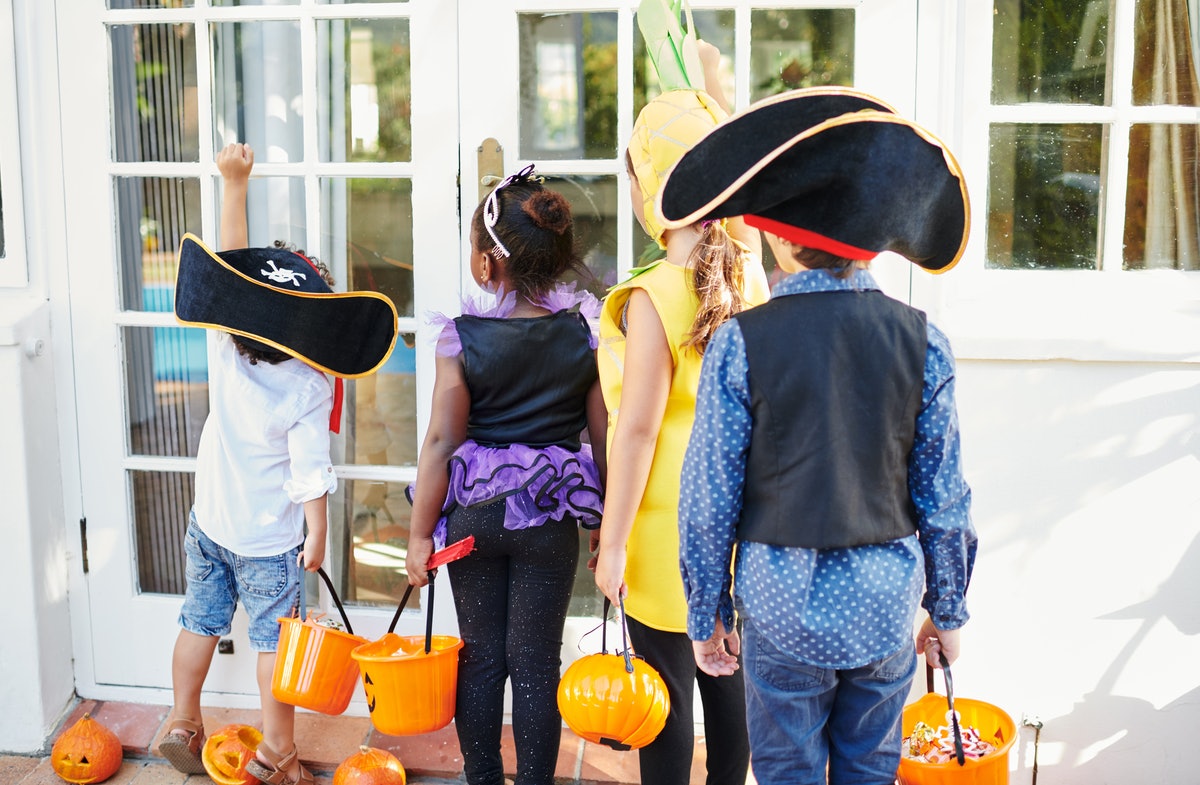 Another Halloween, another ominous warning for little trick-or-treaters and their parents. State attorneys general from Ohio, New York, Illinois, Connecticut, and Arkansas are warning parents about the possibility of marijuana-laced treats being given out to children on Halloween.

The concern, this year, appears to be that some cannabis-infused edibles are sold in lookalike packaging that could be confused for regular candy. Connecticut Attorney General William Tong was one of several to release a statement urging parents to pay close attention to their child’s Halloween candy this year.

“These look-alike cannabis products are unregulated, unsafe, and illegal. Accidental cannabis overdoses by children are increasing nationwide, and these products will only make this worse,” Tong warned parents and caregivers in a statement on Oct. 26, reminding them that while cannabis is legal for adults in Connecticut, “many of these products fall far outside the range of what will ever be safe or authorized for sale. If you see these look-alike products for sale, please report them to my office and take every measure to keep these away from kids.”

New York State Attorney General Letitia James shared a similar warning on social media ahead of Halloween. “New York parents should be on the alert for deceptive cannabis products that look like standard snacks and candy but contain dangerously high concentrations of THC. Any New Yorker that has encountered these products should contact my office immediately.”

Attorneys General across the country are warning parents about weed in Halloween candy.

As worrisome as it might sound, several people on Twitter noted that the likelihood of marijuana edibles ending up in a trick-or-treater’s bag is pretty rare considering the fact that they are a heck of a lot more expensive than regular Halloween candy. For example, THC-infused Cheetos sell for around $30 per bag online, while THC-infused Sour Patch Kids sell for around $18 per bag.

“Do you have no idea how much edibles cost? Trust me, nobody is giving away their supply to children for free. Furthermore, those ‘deceptively designed’ packets are required by law to be childproof,” wrote one Twitter user.

Several other social media users noted that rumors of candy-tampering over Halloween have been going on for decades.

“In the 80’s it was razor blades today it’s edibles but it’s always been bullsh*t,” one person wrote, while another noted, “No one is going to give your kids $20 worth of THC-laced candies or Snickers with razor blades or any of the bogus candy stories. Don’t be your parents!”

Myths about people tampering with kids’ Halloween candy, including razor blades in apples, candy bars injected with poison, and more, have persisted since the ‘70s without any actual evidence to back them up. Most social media users seemed to see this latest concern about handing out weed candy as simply the 2021 version of the same thing. And not many appeared to take it too seriously.

No one seems too worried about weed candy being handed out for Halloween.

As one social media user put it, “let’s all agree to not give kids weed candy on halloween unless they ask for it.”

Some are sort of hoping it’s true for their own personal reasons. “No one is giving marijuana edibles out for free. And if they are, please direct me to their house,” wrote one hopeful social media user.

Feel free to keep a watchful eye on your kids’ candy, of course, but most likely the only high they’ll get is a sugar high.