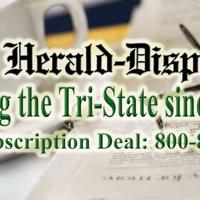 CHARLESTON — With retail stores opening and an in-state cultivation facility in operation, West Virginia’s medical marijuana industry is off and running.

Trulieve has opened retail dispensaries in Morgantown and Weston.

With the retail facilities open, years of development and planning to make medical marijuana in available in West Virginia become a reality.

“We really see significant opportunities to engage with new patient communities, and we’re always looking for places where we can redefine what cannabis experiences can look like throughout a state,” Rivers said, adding that Trulieve was encouraged that there was such a willingness across all segments in West Virginia to accept medical cannabis.

Rivers said her company really saw West Virginia as a prime location for business. “We’re really a company that focuses on patients but also the communities that we serve. Expanding access (to medical cannabis) is one of our core values.”

“The way that the state has really gotten behind the program, the doctors that are currently enrolling patients, the communities … have been very proactive, and the fact that we already have 4,000 patients registered with the state is amazing,” she said.

Including Morgantown and Weston, Trulieve has nine licenses for retail dispensaries and hopes to open the other seven storefronts within the next year, Rivers said, explaining that the company is in the process of ramping up its operation in West Virginia.

Rivers said the final plan is to operate all nine retail locations seven days a week.

Trulieve is also ramping up operations at its cultivation/production facility near Huntington, which now employs more than 30 people but is expected to reach 140 to 150 employees.

Rivers said having a cultivation/production facility along with retail dispensaries in a state is normal operation for Trulieve.

The company currently employs about 8,000 people and operates in 11 states, with its headquarters in Florida. Other states are Georgia, Massachusetts, Connecticut, Pennsylvania, Maryland, Arizona, Nevada, Colorado, California, and now West Virginia. Rivers said the company works to be active in all the communities it serves.

Currently, the Trulieve dispensaries will offer flower and oil products. Patients can walk in, but home delivery is not available in West Virginia. In Florida, the company has a fleet of more than 100 vehicles delivering to the homes of patients.

Rivers describes the retail dispensaries as a relaxed environment that focuses on education and consultation. All patients must check in and talk with the staff. There also is a medical cannabis showroom.

Rivers said anyone with questions should visit their website at trulieve.com. The company also offers email and text groups to share information and educational material.