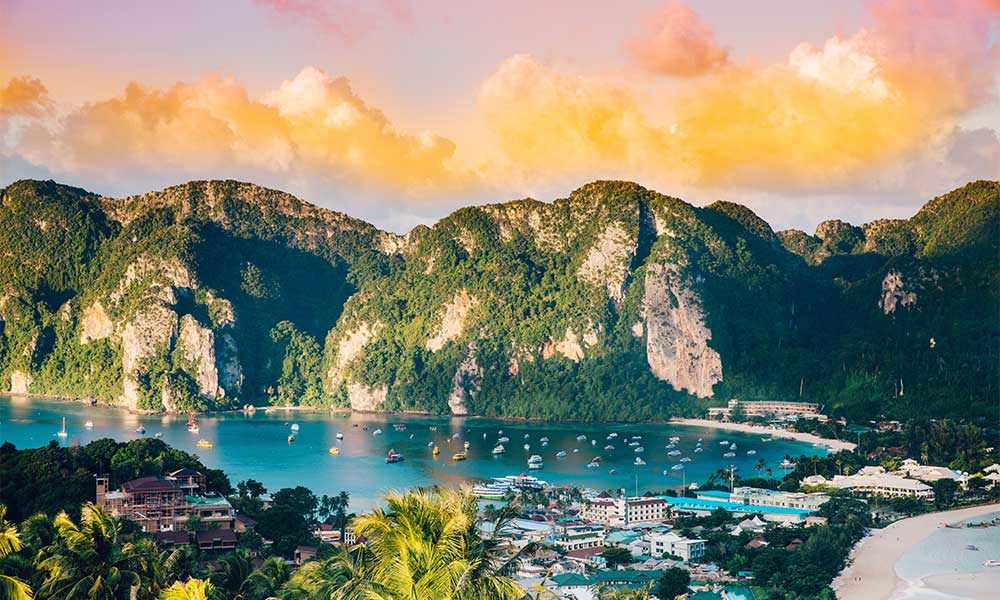 Thailand has scored a victory for cannabis liberation, with an official reclassification of the plant that will allow home cultivation—at least for medicinal purposes. While it remains unclear how much freedom the new policy will actually afford, it undoubtedly represents a cultural and political leap for all of Asia.

The country’s Food & Drug Administration on January 25 approved an updated list of illegal drugs that no longer includes the cannabis plant. The moves comes in response to a draft proposal from the Public Health Ministry, and was approved weeks earlier by the Narcotics Control Board.

Health Minister Anutin Charnvirakul is the leader of the Bhumjaithai Party, a somewhat dissident, comparatively progressive member of the generally conservative ruling coalition. The party was allowed to join the coalition government following the 2019 elections that ended a period of military rule—despite the fact that it had made cannabis legalization a centerpiece of its platform.

Clearly, the party’s influence has been felt. Anutin said the delisting “responds to the government’s urgent policy in developing marijuana and hemp for medical and health care benefits, developing technology and creating income for the public.”

The delisting of all parts of the cannabis plant as “Category 5” narcotic substances still has to be signed by the health minister—a mere formality. It will enter into effect 120 days after the new list is published in the government’s Royal Gazette.

Attorneys and law enforcement agents contacted by the Associated Press said it’s unclear if possession of cannabis will no longer be an offense subject to arrest.

The change ostensibly comes under the rubric of a limited medical marijuana program. This program has until now has stipulated that only oils and extracts may be used, and they must be derived from plants with less than 0.2% THC. It is as yet unclear whether use of herbaceous flower will be permitted, and whether the 0.2% limit will apply only to the extract or to the flower as well.

The Bangkok Post warns readers not to expect a free-for-all. Home cultivators will have to notify local authorities, and will not be able to grow for commercial purposes without a license. Growing without notifying authorities will be punishable with a fine of up to 20,000 baht ($605). Those selling without a license will face fine of up to 300,000 baht ($9,000) or three years in prison, or both.

Anutin and his Bhumjaithai Party are preparing a Cannabis Act, to be introduced to Parliament soon, which should clarify the points left ambiguous in the FDA delisting. The bill is said to include a proposal for designated “sandbox” areas, where cannabis enthusiasts can play without fear of law enforcement.

Thailand adopted a medical marijuana program in 2018, and approved commercial cultivation in 2020. At that time, stems, stalks and leaves were removed from Category 5—but flower and seeds remained in the prohibitive category. This meant only a handful of government-approved labs, mostly at universities, could conduct extraction.

In January 2020 the country’s first “cannabis clinic” opened in Bangkok, offering oils and extracts for those with a doctor’s recommendation. Business was brisk.

The new removal of flower and seeds from Category 5 was met by the country’s cannabis enthusiasts (if prematurely) as a step toward full legalization. Activists—including from the Highland Network, the country’s foremost cannabis advocacy group—greeted announcement of the delisting by taking to Bangkok’s parks and thoroughfares in celebration. Local news source Coconuts showed young merrymakers at the self-declared “Cannabis Legalization Ceremony” seeming to light up in public, with no fear of the police. The headline enthused: “420 now!”

The following day, a more sober assessment was offered by the Highland Network’s Rattapon “Guide” Sanrak, who told Coconuts: “The fight is still not over yet. We have to keep an eye on the Cannabis Act.”

It’s clear that already, cannabis—which has a centuries-long tradition of medicinal and culinary use in Thailand—has been fast re-emerging in the country’s popular culture. Restaurants are offering traditional tom yum gai and kway teeow rua soups—seasoned with dried cannabis-leaf powder.

In a more gimmicky move, the Pizza Company fast-food chain has been promoting its “Crazy Happy Pizza,” similarly flavored—and garnished with a big cannabis leaf. But with the low THC limit, it doesn’t really get you all that “happy.”

An historical primer from the Thai Law Forum notes this legacy of customary use, and outlines how prohibition in Thailand followed that in the United States—and was implemented under US pressure. The Narcotics Act, passed in 1922, initially didn’t cover cannabis. It was added to the list of prohibited drugs by the Marijuana Act in 1937—the same year Washington passed the Marihuana Tax Act. In 1976, the Narcotics Control Act established the Narcotics Control Board—six years after Washington passed the Controlled Substances Act, and three years after the US established the Drug Enforcement Administration. The DEA has a massive presence in Thailand, operating offices in Bangkok, Chiang Mai, Udon Thani and Songkhla—mostly chasing the opium trade, but also cannabis.

The Cannabis Act may now start to undo this legacy. Last August, a precedent was set with the complete elimination of the mildly stimulating leaf kratom from the list of narcotic substances. Before that, possession of any quantity of kratom was punishable by a prison term—and selling upwards of 10 kilos could land you behind bars for years. Now, the leaf is fully legalized, with vendors hawking it openly alongside vegetables at the country’s outdoor markets. And this despite the fact that the DEA had just launched a crackdown on kratom.