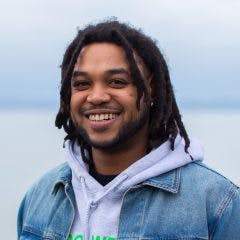 The dangers of running a multimillion-dollar cash business | Leafly

Cannabis businesses struggle to obtain and maintain banking while facing the dangers of having major cash on hand.

Due to cannabis’ status as an illicit substance in the United States, many banks don’t want to run the risk of accepting weed dollars and facing extreme penalties or even closure.

And while some companies eventually find banking, many cannabis business owners are left to deal with massive sums of cold, hard cash every day. It’s not only highly inconvenient for anyone trying to maintain a legitimate business, but it also places the lives of cannabis business owners in extreme danger highlighting one of many huge problems with the federal prohibition of cannabis.

But while legislators like Senator Cory Booker are fighting to make sure that the banking bill properly addresses social equity before it gets passed, hyper-local dangers of running a cash cannabis business remain.

The cost of banking in cannabis

To gain some insight on the logistics and dangers of what it’s like to run a multimillion-dollar cash business, Leafly spoke with Charles Ball, President and Chief Financial Officer of California’s Ball Family Farms.

People like Charles have to keep hundreds of thousands of dollars of cash on them, along with buckets of change, so they can keep track of every single cent that goes in and out of the business.

How much does it cost to launch a cannabis business?

Once operational costs are addressed, there are taxes. The IRS only accepts cash under very limited conditions, and you don’t have a bank account, so writing a check is out. So, how do you pay taxes as a cannabis business?

“You have federal and state taxes and insurance policies [to pay.] They don’t take cash. If you go into the federal system and try to pay your employees’ federal taxes with cash, they’re going to say no. You can send in two payments a month, and it has to be less than $2,000. If you do any type of payroll, taxes are easily $10,000 plus. The only other option is putting it in another account, but that’s money laundering,” says Ball.

To pay their taxes, Ball Family Farms was only allowed to send $4,000 of payments to the government monthly. It put them in a position where they had a rolling balance on taxes due, which comes with extreme penalties. The business is currently negotiating the payment of the fees with the IRS, which equals up to total tax liability plus 25%(!!!).

Charles recounts a time he went to a Los Angeles City Council meeting on taxes.

“I asked them, ‘If we’re paying you cash, where are you putting your cash? You’re not just putting it under a mattress.’ Their response was ‘Next question.” I even offered, “I know you have a bank account, so can you just tell that bank to help us?” They’re like, ‘Next question.”

Imagine having millions of dollars stashed around the city being your way of life. The stress, the anxiety, the everyday fear. To know that any moment you’re one robbery away from having your business ruined, or one kidnapping away from tragedy, or one bullet away from no longer being on this earth because you grow weed as a career?

It’s terrifying, and it’s real life for a lot of the people behind the companies that you buy weed from and even the stores where you buy weed.

“My biggest fear would’ve been if people thought that the money was at my actual house. That’s where my kids live, but I never had any issues, thank God.”

To protect their assets before they got banking, Ball Family Farms used safe houses around the city. They had three or four at any given time. The only people who knew where they were were Charles and the brand’s CEO, Chris. They’d even sometimes hide the locations from one another, leaving no one person with the location of all the cash.

But that was just one of the many security systems Ball had in place for the past four years before finally finding banking in 2021.

Charles explains, “We had multiple safe houses. We would never put all of the money in one specific spot. We made sure it was heavily secured. Most people understand that cash is a cash business, so some of the precautions that I would use personally: never drive to the safe house directly from work; never carry too much cash; make sure that I take specific routes to each different safe house, etc.”

After four years of going door-to-door to different banks pleading for some sort of aid, Ball Family Farms has finally managed to obtain a bank account. But Charles says it required a little help from one of their partners.

“I got in contact with that individual, and he was like, ‘If you guys have all your paperwork and you guys can show the bank that you are legit and that you are tracking everything you’re doing, you might have an option.’ When we turned it in, they were like, ‘Oh, you guys do everything by the book.’ Since our practices were already geared towards being legitimate, it made it easier for us to [get the bank account].”

How to get funding for a cannabis business

Ball Family Farms is just one of very few companies to achieve this goal, and it still comes with a whole new set of challenges. They are subject to thousands of dollars in monthly fees on top of what it costs them to run a successful cannabis business.

The real tax of cannabis ownership

On the extra fees that cannabis businesses get hit with from banks, Charles says, “It’s not cheap. You’re talking about a few thousand to actually have this account per month…but the benefit of having a bank is well worth it because now we can look into different loans and things like that. It’s definitely not traditional banking, but I no longer have to carry cash, so I’m not complaining.”

Still, even with them no longer having to tote cash around, the anxiety and stress remain from the years past.

“Even now with banking, you have a certain anxiety. It’s not about what [burglars] are going to get, it’s about what they think they’re going to get. I think all the time ‘What if somebody thinks I still have cash?’ I can’t let my guard down because at any point in time some idiot could think that’s the one.”

“It’s constant wear on you and you have to constantly think ‘Damn, I wish I could just be normal.’ It is constant wear mentally and the only thing that can get you through it is understanding that there is an end to it hopefully with some sort of banking service.”