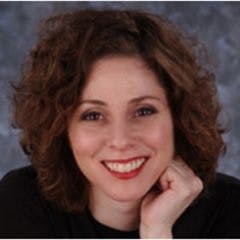 The pandemic has changed Canadian cannabis retail for the better | Leafly

When the pandemic struck, Canadians retreated to their homes and about a million of them became unemployed. Dealing with social isolation and uncertainty, many people turned to cannabis to ease their anxiety and depression, or just to alleviate boredom.

Additionally, the number of licensed cannabis retail stores exploded coast-to-coast. With increased access, and more idle time from various lockdowns, it wasn’t a surprise when cannabis was high demand. What was surprising, is how the pandemic would change the face of cannabis retail forever.

Cannabis use up 52% during the pandemic

According to a study by the Centre for Addiction and Mental Health (CAMH), 52% of existing cannabis consumers reported an increase in their consumption during the pandemic.

Cannabis retail sales increased across the country, especially in Ontario. Statistics Canada reported that Canadians bought more than $2.6 billion worth of legal, recreational cannabis in 2020, more than double the amount from the year before.

In fact, the increase in cannabis consumption was so dramatic it raised alarm bells among some health professionals. “We know that cannabis use has increased since the start of the pandemic,” says Dr. Sameer Imtiaz, co-author of the CAMH study. “But Canadians need to use it in moderation because, when you start using it more frequently, you start to run into health problems.”

As significant as the increase in cannabis consumption was last year, private retailers didn’t exactly hit the jackpot. Lockdowns, combined with Canadians’ general unease about leaving their homes, led consumers to purchase their cannabis online.

In a few jurisdictions, stores were temporarily closed for in-person service.

Government-owned retailers were the primary beneficiaries of that trend; at the time the pandemic started, most provinces and territories prohibited private retailers from providing online services.

“Our overall sales didn’t grow last year,” says Andrea Dobbs, owner of Village Bloomery, a boutique cannabis retail store in Vancouver. “We had to downsize staffing and tighten our belts because of lean times.”

But governments did provide private retailers with a lifeline.

The retailers rose to the occasion by developing online payment and delivery systems that included curbside pick up, home delivery or both. As their online services improved, consumers returned.

Now, with the economy starting to reopen and Canadians inching closer to normalcy, governments are continuing to allow private cannabis retailers to conduct e-commerce.

In fact, at least one jurisdiction recently gave them the green light to expand their online services. In British Columbia, private retailers have been offering online ordering and curbside pick up for more than a year. As of last month, they can also provide home delivery.

The rise of independent e-commerce and curbside pickup

“When the pandemic started, business dropped around 70 percent,” says Cameron Brown, communications officer for Hunny Pot, a Toronto-based cannabis retail company, “so we offered curbside pickup and delivery services as soon as it was allowed.”

Many experts believe that e-commerce in private cannabis retail is here to stay in this country—a development that would give businesses in that space a boost.

That is not the only way in which the pandemic could ultimately prove beneficial for private cannabis retailers. Many of them believe that, by designating cannabis retail “an essential service,” during the pandemic, provincial and territorial governments effectively helped reduce the stigma long associated with the plant.

“The government’s designation took us from being a fringe business to one that is indispensable,” says Dobbs of Village Bloomery. “It’s an essential part of people’s lives.”

With the diminished stigma, the expansion of retail services and the growing number of brick-and-mortar stores—a development that predates COVID-19—many cannabis industry stakeholders are emerging from the pandemic feeling optimistic about the future.

“Two years from now, the stigma surrounding cannabis will have dissipated and it will be an accepted part of socializing just as alcohol is now,” says Brown. “You will also see more retail stores spaced out across the country and a better variety of products.”

The co-founder of Field Trip Health, a psychedelics company that recently conducted a survey in which half of respondents said they had increased their use of cannabis during the pandemic, says the battle against COVID-19 could and should be a transformative event, not just for cannabis industry stakeholders but also for every Canadian who has struggled during the pandemic.

“This is a good opportunity to lean into the discomfort and find things to improve our mental health and our lives,” says Ronan Levy. “There is a silver lining. Every experience in life can be a learning opportunity, and this past year has been a big one. Take advantage of it. Don’t let the world pass you by.”

Randi Druzin is an author and journalist in Toronto. She has worked at several major media outlets, including the National Post and the CBC, and has written for dozens of publications, such as The New York Times, Time magazine, ESPN The Magazine, and The Globe and Mail.