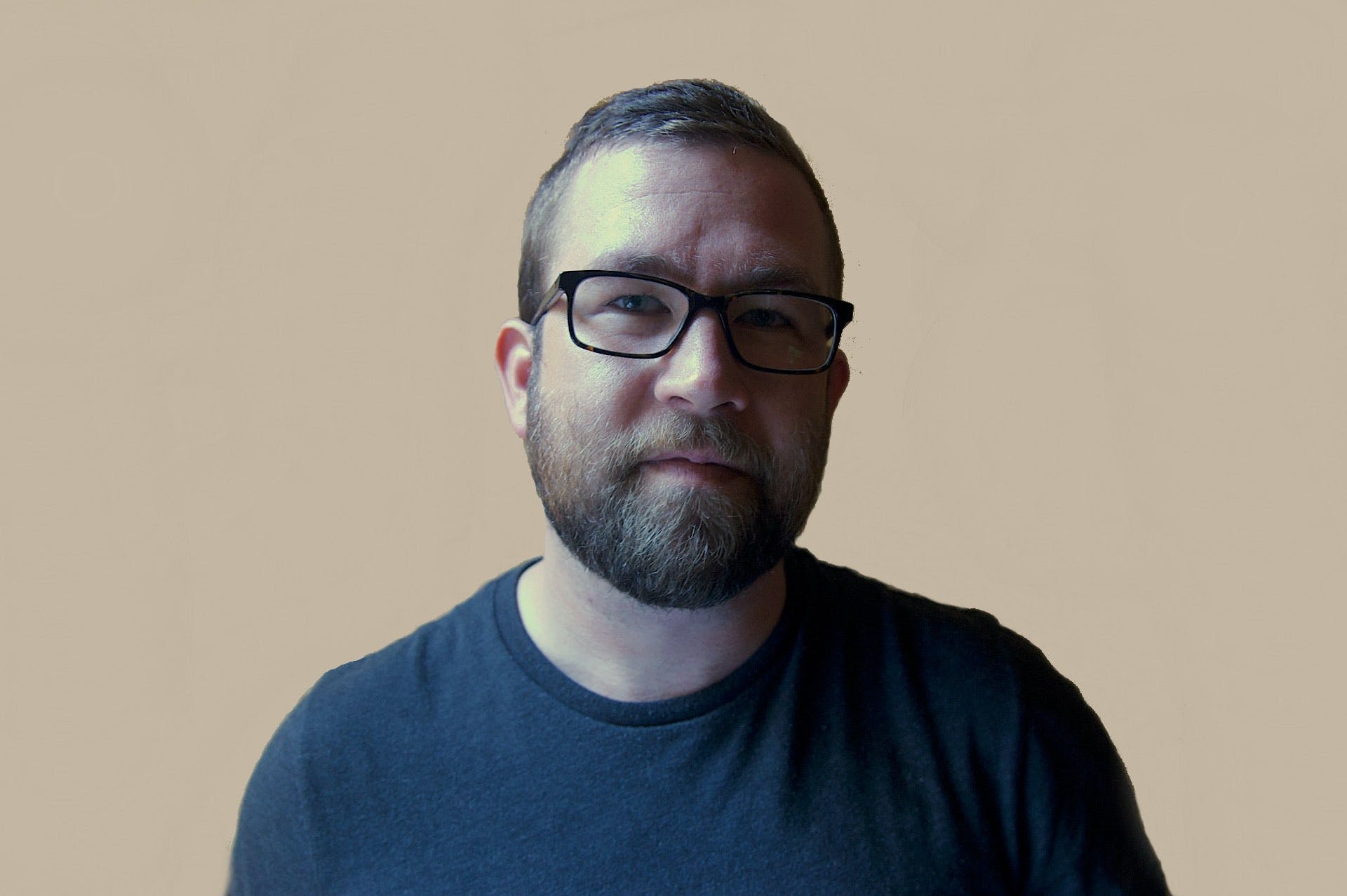 These states could legalize cannabis next in 2022 – Leafly

At the start of 2021, 13 state legislatures had recreational legalization measures on the table. New York, New Jersey, Virginia, Connecticut, and New Mexico actually followed through and legalized cannabis for all adults. It’s now legal to possess in all three states. Retail markets are expected to open next year in all those states except Virginia, which doesn’t allow retail stores until 2024.

“The pressure is really on lawmakers at every level of government to take action,” said Carly Wolf, NORML’s state policies director. “Public and political support has only continued to increase.”

With the midterm elections coming up in Nov. 2022, some state legislators face increasing pressure to pass a legalization law that they craft—or have the voters pass their own law.

Here’s what’s happening in the states most seriously considering adult-use legalization, in order of most-likely to least-likely.

Lawmakers in Maryland started this year confident that they would pass an adult use bill, only to see the legislation falter. But all signs point toward approval in 2022.

In July, Adrienne Jones, Speaker of the House of Delegates and leader of the body’s Democratic majority, pledged to place the issue before voters as a ballot referendum in 2022. She also took the unusual step of setting up a legislative “work group” that will begin mapping out rules for a regulated industry, even before voters formally approve one.

A March 2021 survey from Goucher College found two-thirds of Marylanders supported full legalization, including more than half of Republican voters, so the effort stands a good chance of success.

Missouri legalization advocates are confident about their chances for approving a regulated market in the coming year. Legal Missouri 2022 is one of two groups aiming to put a ballot referendum before voters. The coronavirus hasn’t made things easy, however.

“The last effort this coalition made was in 2020,” John Payne, campaign manager for Legal Missouri 2022, told Leafly. “We were gathering signatures, and things were going very well. And then the world kind of stopped.”

The group’s most recent constitutional amendment measure was approved by Missouri’s Secretary of State in early October, clearing the way to begin gathering the approximately 171,000 signatures they’ll need.

With a “strong coalition and strong fundraising,” Payne gives the campaign an “80-90 percent” chance of success this year.

Legal Missouri 2022’s legislation would include home cultivation and some equity measures, like automatic expungement of past cannabis convictions.

Advocates in Oklahoma are looking to expand and better manage cannabis sales in that state, and earlier this month filed for a proposed constitutional amendment legalizing adult use in 2022.

Oklahoma passed a medical cannabis program in 2018 that has evolved into one of the most permissive in the country, with few limitations on who can qualify. Invariably described in news reports as weed’s “Wild West,” medical cannabis has exploded in Oklahoma over the past three years, and nearly 10 percent of the state’s population has obtained a medical recommendation.

The current proposal would allow for possession of up to eight ounces of cannabis by those over 21 without a medical approval, and cultivation of up to 12 plants. The measure would also replace the current regulatory agency to help better organize the state’s wide open industry.

Ohio is the largest state with a real chance of legalization in the near term, but its convoluted “initiated statute” process means there’s no smooth path to adult use in the Buckeye State.

“The entire initiated statute approach to an initiative is really opaque,” Douglas Berman, a professor of law at Ohio State University and executive director of the university’s Drug Enforcement and Policy Center, told Leafly. “But it makes it awfully likely that this will get to the ballot by November 2022.”

As of late August, a group calling itself the Coalition to Regulate Marijuana Like Alcohol has been cleared to begin gathering signatures for the first stage of the likely two-stage process.

They’ll need around 130,000 signatures of support to qualify their bill, after which it would head to the Ohio legislature for an up or down vote. If the measure is voted down by lawmakers, or if no action is taken within four months — an outcome Berman thinks is likely given Ohio’s conservative statehouse and governor — the measure could be presented to voters at the 2022 election. But only after a second costly round of signature gathering.

Berman thinks the advocacy groups involved are up to the organizational challenge of a dual petitioning period, and that adult use stands a good chance of success. Still, the politics could be fluid amid a heated midterm election, he said, and Ohio voters rejected a controversial adult use bill in 2015.

The proposed measure would legalize possession of up to 2.5 ounces of cannabis and cultivation of up to six plants per person. It would also include expungement of many past nonviolent cannabis convictions.

Like Missouri, Arkansas is another state where legalization efforts withered last year under pressure from the coronavirus. Advocates with Arkansas True Grass had to abandon their signature gathering push amid rising case counts. They’re back at it for 2022, and if they can gather the roughly 89,000 signatures they need, voters in the November midterms will be able to approve a constitutional amendment establishing a legal adult use market.

Advocates are framing the measure as an economic and criminal justice reform, but also hope its cultivation provision will improve access for patients under the medical program approved by Arkansas voters in 2016. Current guidelines don’t permit enough producers to meet demand, advocates say, and retail costs haven’t budged from the top dollar of prohibition days, averaging as much as $20 per gram at the state’s dispensaries.

The measure would amend the state’s constitution to permit retail sales to adults over 21 years old, allow the cultivation of up to 12 plants, and reverse convictions for some of those serving time for nonviolent cannabis offenses.

Now that its neighbors in New Jersey and New York have begun establishing regulated markets, advocates in Pennsylvania hope momentum is building for adult use measures introduced in the state legislature over the past year. One bill, proposed but not formally introduced in February, would set up a retail industry and allow for home cultivation, while a similar measure without the cultivation provisions was introduced in late September. Both bills include equity measures and, in a first for the state, have bipartisan sponsorship.

Legalization increasingly has support from Pennsylvania’s highest officials. Governor Tom Wolf said in February that he wanted to make cannabis legalization a priority for 2021, joining other top officials like Attorney General Josh Shapiro and Lieutenant Governor John Fetterman, who have long called for an end to prohibition.

Fetterman in particular has been an outspoken cannabis advocate for years, sometimes needling his Republican colleagues by flying a weed leaf flag and an LGBTQ pride banner from his office balcony.

Despite support from the top, whether legalization can gain traction in Pennsylvania’s Republican-controlled legislature is an open question. A spokesperson for the house majority leader told the Philadelphia Inquirer this month that there was “no significant support” at the moment from Republicans there.

After previous ballot initiatives were blocked by the state’s highest court twice in close succession this summer, advocates in Florida are making another attempt to get an adult use measure in front of voters in 2022. This time, the group leading the effort, Sensible Florida, is confident their ballot language will pass legal muster.

The Supreme Court of Florida struck down two earlier cannabis ballot measures, saying summary language submitted by backers was misleading because it didn’t specifically warn about conflicting federal law, or accurately describe possession limits. The most recent language sidesteps those concerns by narrowing its scope dramatically; it would legalize cultivation and possession by adults, but not establish a retail system.

Aside from language, advocates will face new challenges this time around, after Florida lawmakers in April set tighter contribution limits for ballot initiative campaigns, part of a decades-long effort by Republicans in Florida to weaken the citizen initiative process.

Chris Kudialis and the Associated Press contributed to this report.

Jon Campbell is an investigative journalist based in New York City. A former staff writer for the Village Voice, Campbell has contributed to The Daily Beast, The Appeal, Slate, Salon, Gothamist, and other national publications. Follow him on Twitter @j0ncampbell.