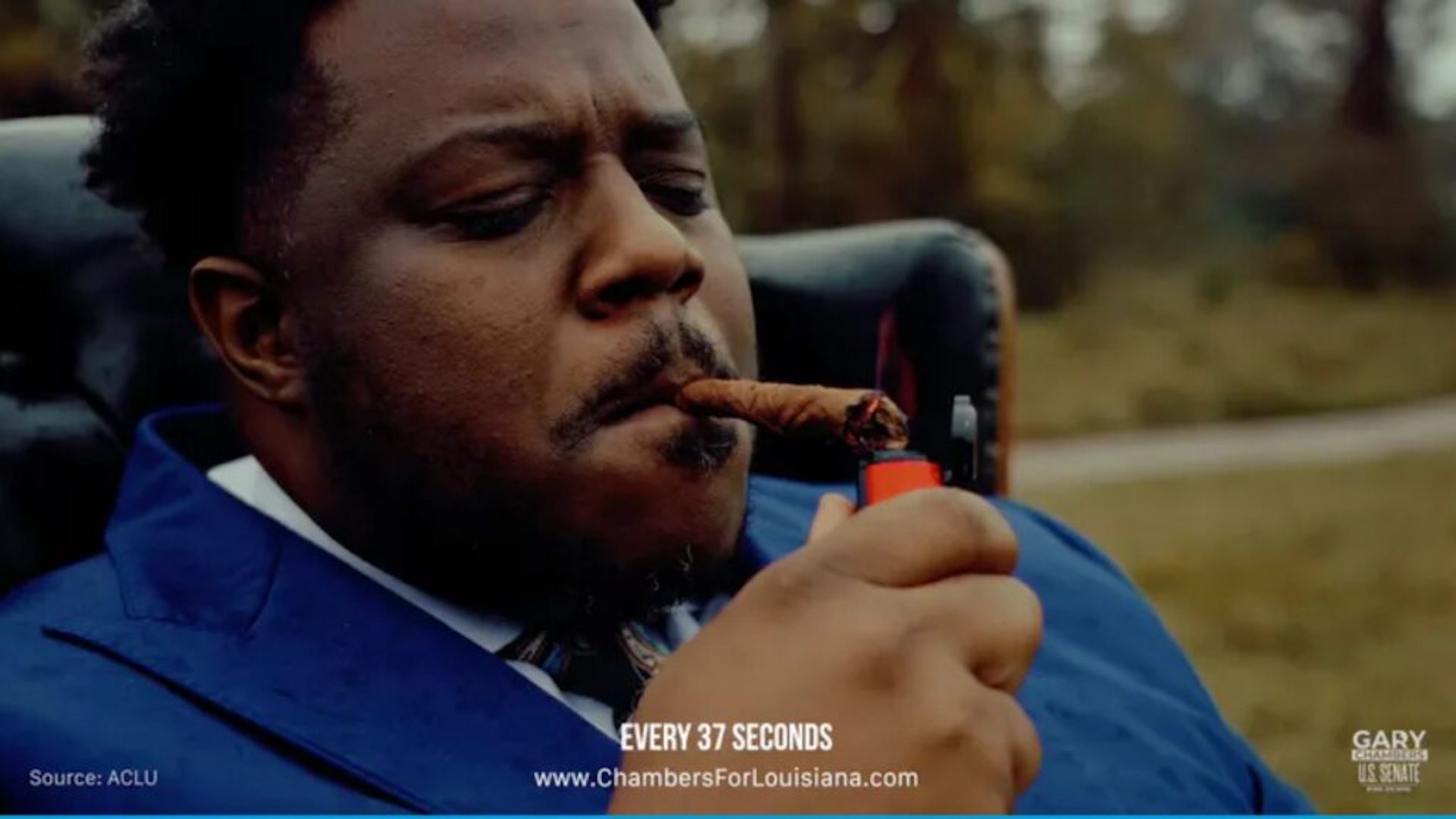 On Tuesday, Gary Chambers debuted his 2022 campaign for US Senate with a short, but loud, video ad.

While sitting in a New Orleans field, the Democratic candidate lit up a king-sized blunt to demonstrate his dedication to weed reform. The unique image set the Internet ablaze, making it all the way to late-night television in less than 24 hours.

The ad was cut to exactly 37 seconds to represent how often someone is arrested for cannabis possession. These unnecessary arrests represent over half of all state and local drug arrests since 2010.

“Black people are four times more likely to be arrested for marijuana laws than white people,” Chambers says in the video. And although he has never been arrested for possession, Chambers pledged to use his voice to bring all the smoke to the legislature on behalf of his fellow cannabis users.

“States waste $3.7 billion enforcing marijuana laws every year,” Chambers said in the ad. Meanwhile, Colorado’s Department of Revenue reported $12 billion in total sales and $2 billion in taxes since legalization in 2014.

Progress is spreading slowly across Chambers’ home state, like the New Orleans City Council’s pardon for 10,000 possession cases. A 2021 law also decriminalized possession of up to 14 grams, with a fine of $100 or less and no jail time. And on January 1 of this year, smokeable medical cannabis was legalized statewide, under some conditions. But Chambers’ doesn’t appear satisfied, yet.

Weed has bloomed into one of America’s few bipartisan issues after booming throughout the pandemic. But few politicians have shown the authentic love of the plant that Chambers exhibited in his video. Is this the year he and other politicians make a name for themselves by going all the way green?

Last week, lawmakers in Mississippi had to pass bags of hemp and unlit joints around their Chambers to put daily patient limits into context. Chambers’ willingness to inhale before our eyes and still coherently express his platform could go a long way in winning green voters. Kind of like how George Bush won the “who would you rather have a beer with?” test over John Kerry in 2004’s presidential race. In 2022, “the blunt question” could propel some candidates farther than ever in the hearts and minds of voters.

Chambers’ bluntness already propelled his campaign from social media to millions of living rooms in less than 24 hours. But will he be able to put his state in the green for generations to come with progressive pro-cannabis legislation? The data says it’s worth a try.

When you crunch the numbers, it’s clearly no accident that Chambers’ video spread like wildfire. The true question may be why more politicians haven’t tried something similar already?

The Democrat celebrated his viral impact with a tweet that said, “We keep pushing the right issues & forcing necessary conversations in America… We did that today. For too long politicians have played games w our future. Chip in today & help us win & bring real change to the people.”