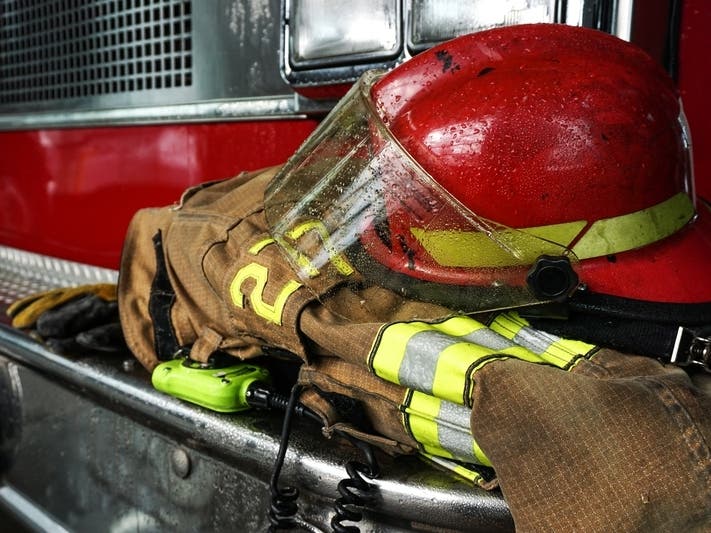 Flames and smoke from the blaze could be seen for miles, based on the many photos and videos of the inferno posted to social media.

The site, 170 Flanders Road, is a two-story building; the first floor is all retail and on the second floor, eight apartments.

Just after 6 p.m., East Lyme Police Chief Michael Finkelstein said the fire had been “knocked down” and that there were no injuries.

Finkelstein said later that for a period of time there were people trapped, but he said they were able to get out. He said that the three families who have been displaced are being assisted by the Red Cross.

While the fire appears to have its origins in an apartment, that will be confirmed after the investigation by East Lyme Fire Marshal John J. Way.

Way and the town’s building official were on scene when Patch spoke to Finkelstein, also still at the scene. He said that they were going through each unit to determine “what’s going to be allowed to be occupied and what is condemned.” Though the fire did not directly impact most of the plaza, power was shut down and with the current far-below freezing temperatures, the area is covered in ice. Keeping people safe is the priority, Finkelstein said.

“No one in the apartments or businesses were injured! The quick actions of the first firefighters on the scene, as well as those of all the responding firefighters, prevented this fire from becoming a lot worse,” Seery said. “A heartfelt ‘thank ‘you” to all of the first responders that regularly risk their safety to ensure ours.”

In images from town officials and New London firefighters posted to social media, the fire appears to have begun in an apartment over the CBD, salon and meal prep businesses.