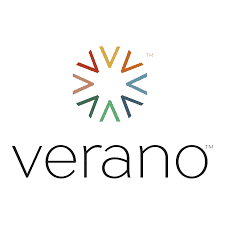 In February the best marijuana stocks to watch have experienced some upside after establishing new lows to start 2022. This month another attempt by Rep. Ed Perlmutter to get the SAFE Banking Act attached to a large manufacturing and innovation bill in the House became a catalyst for top cannabis stocks. In addition, Charles Schumer announced he will introduce his bill in April also has sparked renewed interest in the cannabis sector.

In 2021 most of the cannabis sector suffered significant declines as the year progressed. For cannabis investors, this has been an opportunity to take positions in the best marijuana stocks to buy at much lower values. Before investing in cannabis stocks it’s important to know that pot stocks are considered a high volatility area of the market. Some investors take advantage of this volatility by day trading and swing trading the price fluctuations.

With cannabis stocks showing some upward momentum in February it could be time to make a top marijuana stocks watchlist for 2022. Next week top pot stocks could be in for more volatility with the overall market dictating price swings currently. Now many cannabis investors are establishing core long-term positions in the cannabis sector’s top and trading the volatility in the short term.

Investing In Pot Stocks In February 2022

Before investing in any cannabis stocks, it’s important to do your research on leading companies and find the best-performing businesses. Looking into a company’s financials and press releases can help you find the best investment options. As we begin a new week of trading let’s look at 4 top marijuana stocks for your list next week.

Verano Holdings is a multi-state cannabis corporation that serves clients with legal cannabis goods. Under a number of brand names, the corporation provides high-quality cannabis products in general. Verano, for example, has 93 dispensaries and 12 cultivation and processing facilities spread over 11 states. The company has 41 dispensaries in Florida, providing it a major presence in the state. The company’s retail brands, Zen LeafTM and MUVTM, run dispensaries that cater to both medical and adult-use customers. The startup opened a drive-through dispensary on Flamingo Road in Las Vegas in October. In December, Verano purchased Carin Nature, LLC and Pharmaceutical Solutions, Inc, both of which operate dispensaries in Connecticut.

Verano just bought TerraVida and The Healing Center. Because of the arrangement, Verano already owns six dispensaries in Pennsylvania and has permission to open three more. Earlier this year, the business opened a flagship dispensary in Pittsburgh with a four-lane drive-through. In November, the company announced $207 million in sales for the third quarter of 2021, up 106 percent from the previous year. Furthermore, gross profit increased by 33% sequentially to $133 million, or 64% of revenue, on an unadjusted basis. In Q3, Verano expanded its reach by opening seven additional dispensaries throughout its core markets. On January 28th, VRNOF shares finished at $10.32, down 13.28 percent over the previous month’s trading days.

Columbia Care Inc. is primed for enormous growth in the state of New York. The company just purchased a 34-acre growing facility on Long Island, giving it one of the East Coast’s largest cannabis footprints. Columbia Care presently has 130 sites throughout 18 markets in the United States, including 99 dispensaries and 31 growing and processing facilities. The company opened its first location in Missouri, a Cannabis Dispensary, in October. This month, the company announced the opening of its third gLeaf dispensary in Virginia. Heavyweight champion Mike Tyson’s highly anticipated Tyson 2.0 Cannabis brand will also be arriving to Colorado, according to Columbia Care. The company announced a rebranding in the Florida market and its retail locations on December 8th. 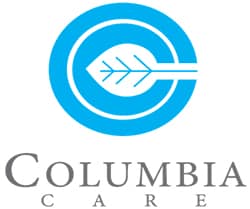 In the third quarter of 2021, Columbia Care announced record quarterly revenues of $132 million, up 144 percent year over year. The company posted a record quarterly Adjusted gross profit of $64.5 million, up 205 percent over the prior quarter. Columbia Care also achieved a new high of 49 percent Adjusted gross margin and $31 million Adjusted EBITDA, up 634 percent year over year. The company increased its revenue forecast for 2021 to $470-$485 million and adjusted EBITDA to $85-$95 million. In September, the company received state approval to rebrand its retail footprint across all of its 14 Florida locations.

Planet 13’s Orange County superstore, which is now California’s largest dispensary complex, opens in 2021. The company is established in Nevada, and its cultivation, production, and dispensary activities on the Las Vegas strip have won honors. On the Las Vegas strip, Planet 13 is known for its 112,000-square-foot Superstore dispensary. Planet 13’s two superstore dispensaries are reported to be the world’s largest at the present. The Medezin shop has also opened, a smaller duplicate of the company’s main store that incorporates the bigger retail building into a little dispensary. 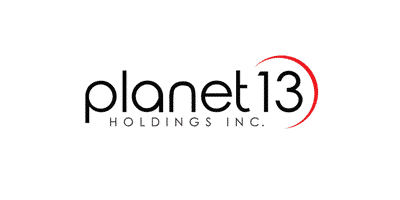 In November, Planet 13 reported $33 million in revenue for the third quarter of 2021, up 45 percent from the previous year. In addition, in the third quarter of 2021, the company generated $3.5 million in Adjusted EBITDA. As a consequence, gross profit was $17.6 million, or 53.5 percent of revenue, before adjustments. In the third quarter of 2021, the company lost $10.2 million, compared to a profit of $0.2 million the previous quarter. According to the company, Tinley’s products will be sold as a range of cannabis-infused drinks. Planet 13 also completed all the requirements for obtaining a Florida Cannabis License. In December, the business announced the acquisition of Next Green Wave Holdings, which would allow it to expand its presence in California by providing outstanding indoor production.

GrowGeneration Corp. is a well-known retail hydroponic and organic gardening business owner and operator in the United States. Organics, lighting, and hydroponic equipment are just a few of the items that the company sells to cannabis growers. GrowGen now has 63 organic garden centers. The firm has concentrated on its digital presence since the launch of GrowGeneration.com. The website has evolved into a one-stop e-commerce destination, with over 10,000 goods spanning from nutrition to lighting technology. The company intends to establish over 100 facilities around the United States during the next five years. During the third quarter, the company announced the opening of the largest hydroponic garden facility in Los Angeles County. 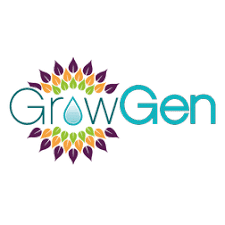 GrowGen issued its fourth-quarter and full-year sales estimates on January 13th, predicting record revenue in 2021. Overall, revenues for the year totaled $420-$422 million, an increase of 118 percent over the previous year. In addition, same-store sales increased by $24.4 in 2021. More financial information will be released in early March 2022, according to the business.

Is there a problem with this press release? Contact the source provider Comtex at editorialpr@comtex.com.