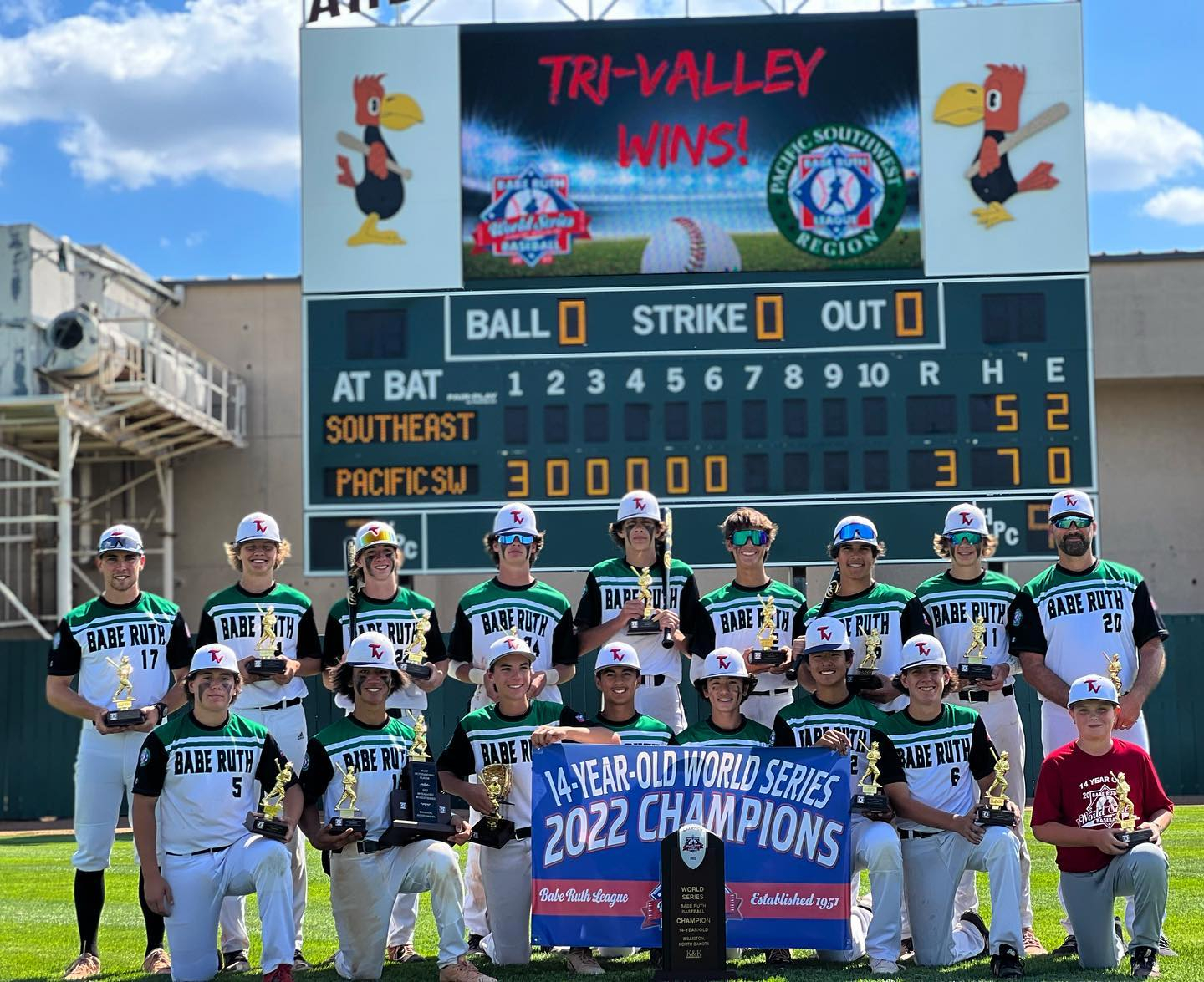 Tri-Valley, the representative of the Pacific Southwest, swept through the playoffs by sweeping the State, Regional and World Series, finishing the postseason with a 6-0 record in the World Series played in Williston, ND.

Saturday’s win was over a team from Tallahassee, Fla., as the team scored three runs in the first and then relied on pitcher Grant Hoenninger and his defense.

Editor’s note: Check back in the next few days for a more in-depth story on the Tri-Valley team’s run.