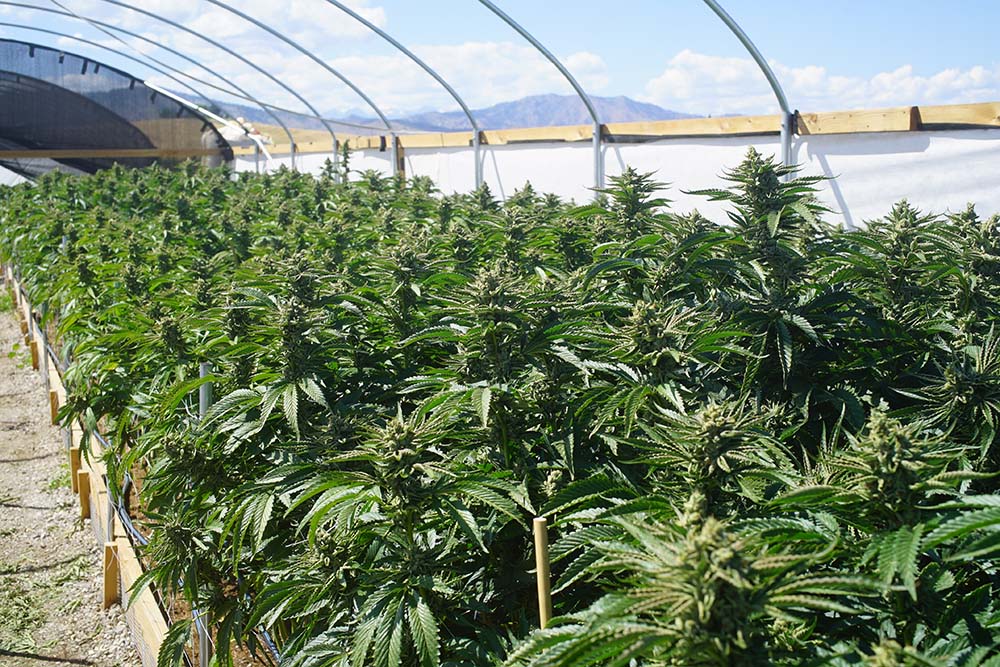 The cannabis industry in Indian Country is perhaps best described as in its infancy with only a handful of tribes engaged in cultivating, processing, and retail activities.  More than two-thirds of states have legalized cannabis and tribes in Nevada, Washington, and Oregon operate cannabis enterprises pursuant to state compacts while other states like Connecticut and New Mexico authorize the governor to enter into compacts.  Tribes in other regions of Indian Country have developed operations without a state compact.  Tribes may create various regulatory and taxation regimes under tribal law, with or without a state compact, that license tribally-owned vertically integrated operations or enable tribal members to establish individual cannabis enterprises.  A tribe could also establish a hybrid model where a tribally-owned retail enterprise purchases cannabis products from licensed tribal members. Finally, tribes also have the ability to acquire state licenses and operate entirely within state regulatory regimes. 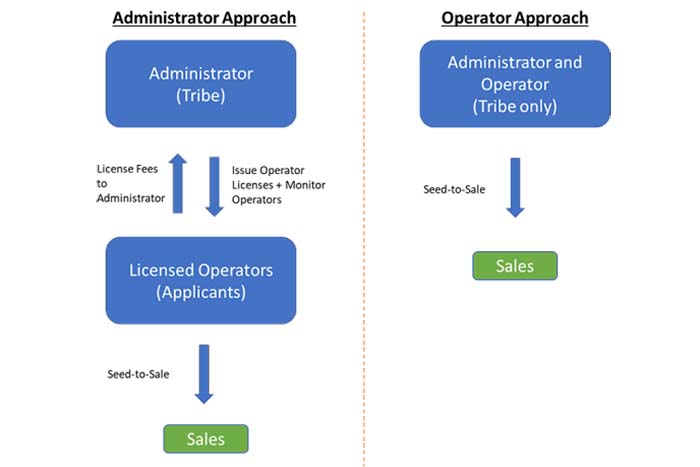 However, cannabis activities legalized under tribal or state law remain illegal under federal law.  This federal prohibition on cannabis is due to its listing as a Schedule 1 drug under the Controlled Substances Act from 1970.  Various national legalization efforts continue to be proposed in Congress, including the Marijuana Opportunity Reinvestment and Expungement Act, and the most recent States Reform Act introduced by Rep. Nancy Mace (R-SC).  The goal of the States Reform Act is to regulate cannabis products like alcohol with a nationwide 21-year age limit for cannabis consumption and an age limit exception for medical use.

The Act will delist cannabis as a Schedule 1 drug; expunge past cannabis convictions; allow interstate cannabis transactions; apply a federal excise tax of 3% and subject cannabis regulation to the federal Alcohol and Tobacco Tax and Trade Bureau (TTB), a division of the Treasury Department.  Specifically, Section 206 of the Act provides a “safe harbor” for engaging in interstate commerce in cannabis products. The TTB would be responsible for tracking all marijuana inventory through a seed-to-sale tracking system.  The Bureau of Alcohol, Tobacco, Firearms and Explosives would become the enforcement agency to investigate and prosecute illicit trafficking in cannabis activities.  Tribal regulation of cannabis activities would be permitted to continue subject to approval from the Department of Agriculture (USDA).  Currently, the USDA reviews and approves tribal plans for hemp cultivation which was legalized under the Agriculture Improvement Act of 2018.

While Congress continues to debate cannabis legislation, federal law enforcement agencies had adopted a non-enforcement approach to violations of the federal cannabis prohibition.  Until recently, cannabis activities on tribal lands protected under tribal law in a state with legalized cannabis appeared to be an activity with a low-risk of federal interference.  But this past September, the Bureau of Indian Affairs (BIA) law enforcement division of the Northern Pueblos Agency raided the home Charles Farden on the Picuris Pueblo in New Mexico.  BIA police arrested Mr. Farden and confiscated nine cannabis plants from his home garden.  Mr. Farden, a non-Indian, is enrolled in the state medical cannabis program and is married to a member of the Picuris Pueblo.  The Picuris Pueblo decriminalized medical cannabis for tribal members in 2015 and New Mexico has legalized medical cannabis use since 2007.  New Mexico recently expanded cannabis legalization in the state by authorizing up to a dozen home-grown plants per household for personal use without enrollment in the medical cannabis program.  It appears the BIA chose to ignore the legalization status of cannabis under Picuris Pueblo and New Mexico law to selectively enforce the federal cannabis prohibition.  A previous BIA raid occurred on the Picuris Pueblo in 2018 where thirty-six tribally-owned plants were destroyed by federal agents with no arrests or charges made. It should be noted that at the time of this writing, Mr. Farden has not been charged and there do not appear to be consequences apart from the plant seizure.

The selective harassment of the Picuris Pueblo by the BIA is an outlier in the growth of cannabis markets in Indian Country and federal legalization of cannabis will eliminate the risk of any future BIA interference entirely.  We expect tribes will continue to consider cannabis as an emerging, attractive prospect for economic development and increased revenues to support governmental activities.  While competition is increasing from non-tribal businesses, the industry is still in its early stages and all indications is that there will be robust grown in this sector over the next decade.

The truth about Indian Boarding Schools

This month, we’re asking our readers to help us raise $10,000 to fund our year-long journalism initiative called “The Indian Boarding School Project: A Dark Chapter in History.”  Our mission is to shine a light on the dark era of forced assimilation of native American children by the U.S. government and churches.  You’ll be able to read stories each week and join us for Livestream events to understand what the Indian Boarding School era has meant to Native Americans — and what it still means today.

This news will be provided free for everyone to read, but it is not free to produce. That’s why we’re asking you to make a donation this month to help support our efforts.  Any contribution of any amount — big or small — gives us a better, stronger future and allows us to remain a force for change. Donate to Native News Online today and support independent Indigenous journalism. Thank you.