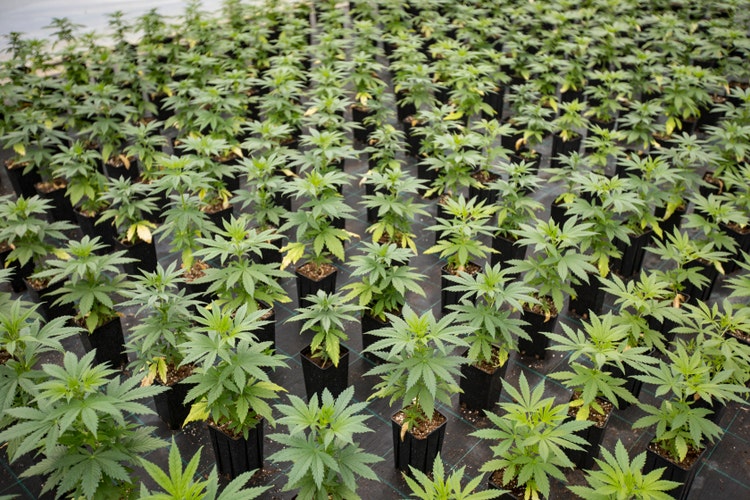 Trulieve Cannabis Corp. (OTCQX:TCNNF) is the largest retailer of medical and recreational cannabis with 159 dispensaries in selected states in the US, including Florida, California, Massachusetts, Connecticut, Pennsylvania, and West Virginia. With an EBITDA margin in the range of 45% since FY2017, Trulieve reported an impressive revenue of $224.09M and an EBITDA of $91.5M in FQ3’21. It is in line with its closest competitors, Curaleaf Holdings, Inc (OTCPK:CURLF) and Green Thumb Industries Inc. (OTCQX:GTBIF), which reported revenues of $317.13M and $233.68M in FQ3’21, respectively.

Despite the push for nationwide cannabis legalization, we expect the legalization to potentially start from medical cannabis first, followed by recreational cannabis. Trulieve has done well by securing a significant market share for medical use in Florida and California, where massive growth is expected. In addition, with its massive cash and equivalents in the balance sheet, we expect the company to continue its strategic expansion, as more states legalize the use of medical cannabis and, subsequently, recreational cannabis.

We discuss whether investors should add Trulieve stock now.

How Will Cannabis Be Federally Legalized In 2022?

There has been growing support for the legalization of cannabis recently, with several cannabis-related bills presented in Congress. With the aim of decriminalizing the use of medical and recreational cannabis across the US, the bills also hoped to regulate cannabis consumption similar to alcohol usage. In addition, the bill will also “allow for the federal release of, and expungement of the records of those convicted of non-violent marijuana offenses.” The support of Amazon (NASDAQ:AMZN), one of the largest private employers globally, also implies a strong push from the commercial sector for the legalization of cannabis usage. In addition, during the current labor shortage, it would potentially increase workforce availability to include 12% of the US working population who regularly consume.

Despite widespread support for legalization from the Americans, the actual legalization may be further delayed depending on the debate in Senate. Despite multiple promises during President Biden’s candidacy campaign, there was no significant progress in the cannabis reform in 2021. These include “modest reforms like federal decriminalization, legalizing medical cannabis, rescheduling, and expungement.” However, we expect individual states to lead with their own decriminalization of cannabis for medical and/or recreational use. For example, New York, New Jersey, Connecticut, New Mexico, and Virginia legalized the recreational use of cannabis in 2021.

Nonetheless, the delay in legalization may actually help Trulieve to strengthen its market position in the US while preserving its future growth. Assuming federal legalization, we expect many Canadian cannabis companies such as Tilray (TLRY) and Aurora Cannabis (ACB) to aggressively enter the US market, through previous strategic M&A. It would add on to the already over-heated conditions in mature markets such as Florida, which would be unsustainable in the long term. This is especially true for Trulieve, which may suffer massive losses, as a company with the highest number of cannabis dispensaries in the US.

Moving forward, we expect the potential legalization to begin with the medical cannabis segment, since 44 states have legalized medical cannabis in some form or another, followed by recreational marijuana later on. As for the SAFE Banking Act, it would possibly be added on later after the legalization bill is approved. Nonetheless, we are uncertain if the legalization could actually take place in 2022, given the conflicting political views on its legislative strategy. We are convinced that the legalization will happen eventually, with time being the only deciding factor.

Trulieve Relied On Debt And Share Dilution To Expand Aggressively

As the cannabis industry experiences massive growth, it is common for companies such as Trulieve to rely on both debt and share dilution to expand their presence rapidly. Trulieve has 159 stores/ dispensaries, YTD, compared to 30 in 2019. It is evident that its growth was heavily financed through debt, which increased exponentially from $21.03M in FY2018 to $340M by FQ3’21. As of FQ3’21, the company has $213.57M of cash and equivalents in its balance sheet. In addition, Trulieve raised another $350M in debt on 30 September 2021, at 8% interest due 2026, with an additional $75M raised on 28 January 2022. As a result, we may expect Trulieve to continue expanding rapidly, with the launch of new products and dispensaries over the next few months. Kim Rivers, CEO of Trulieve, said:

This financing will provide capital to retire a portion of Harvest’s debt when we complete our acquisition and will allow us to use our combined cash on hand to aggressively pursue strategic growth initiatives across key markets post-closing. (Seeking Alpha)

As part of its expansion plan, Trulieve also engaged in multiple M&A activities in 2021, such as the acquisition of Keystone Shops in Pennsylvania in July, Harvest Health in October, and PurpleMed Healing Center in December. These acquisitions are completed through a combination of cash and share issuance. Though Trulieve previously did not engage in an excessive equity offering, we can expect a significant share dilution once these deals close. For example, the company issued 1M shares for the Keystone acquisition and expected to issue another 50.8M shares for the Harvest Health acquisition. The recent M&A activities would represent close to 27% share dilution for the existing shareholders. In addition, those who invested early would have seen their shares diluted by almost two-fold since 2018.

The legal cannabis market in the US is expected to grow to $50B by 2026, at a CAGR of 14.87%, while the global legal cannabis market is expected to reach $97.35B by 2026, at a CAGR of 32.92%. For that reason, as more and more states legalize cannabis usage for medical and/or recreational use, we expect Trulieve to experience massive expansion tailwinds amidst the growing demand for cannabis. As a result, investors must note that it is highly possible that the company may continue to strategically rely on debt and share dilution to finance its future growth moving forward.

At that time, the surge in demand was primarily driven by the COVID-19 pandemic and the emerging markets such as the Illinois state, that legalized cannabis in January 2020. In the US, legal cannabis sales reached $17.5B in 2020 and $25B in 2021, representing a notable YoY increase of 42%. It proved that cannabis was an essential product for many Americans during the widespread lockdowns. It is also astounding that legal cannabis sales in the US accounted for the lion’s share of global consumption at 80.6% in 2021. The fact that Trulieve has been reporting EBITDA profitability with a steady EBITDA margin in the range of 45% since FY2017, shows that the cannabis business in the US is profitable.

Over the next three years, Trulieve is expected to report a deceleration of revenue growth and EBITDA at a CAGR of 28.88% and 25.99%. For FY2021, consensus estimates that Trulieve will report annual revenue of $1.21B and net income of $0.17B, representing a remarkable increase of 232% YoY and 269% YoY, respectively. For FY2022, Trulieve is also expected to report revenue growth at 161% YoY and net income growth of 158% YoY. The company is also expected to maintain its EBITDA margin in the range of 40% over the next three years.

So Is Trulieve Stock A Buy?

Trulieve is currently trading at an EV/NTM Revenue of 2.47x, significantly lower than its 3Y mean of 4.62x. In addition, the company is expected to report a decent revenue growth over the next three years, as shown in its EV/Fwd Revenue. Consensus estimates also rate Trulieve stock as attractive now, given its capability and reasonable valuation.

Though it is unclear when the federal government would legalize cannabis nationwide, we expect the potential legalization to start from the medical cannabis segment, given that 44 states have legalized the use of medical cannabis in some form or another. It would be then followed by recreational cannabis one or two years later, in line with the opinion of ACB’s CEO, Miguel Martin. As a result, Trulieve would be well-positioned to benefit from the future federal legalization of cannabis, as one of the US’s leading producers and retailers of medical cannabis. However, investors must also be aware of the potential threats posed by Canadian cannabis producers such as TLRY and ACB.

Nonetheless, Trulieve stock is currently trading near its 52-week low at $18.64, as of 28 January 2022. As a result, interested investors may use this opportunity to add more exposure.

Therefore, we rate Trulieve stock as Buy for speculative investors.