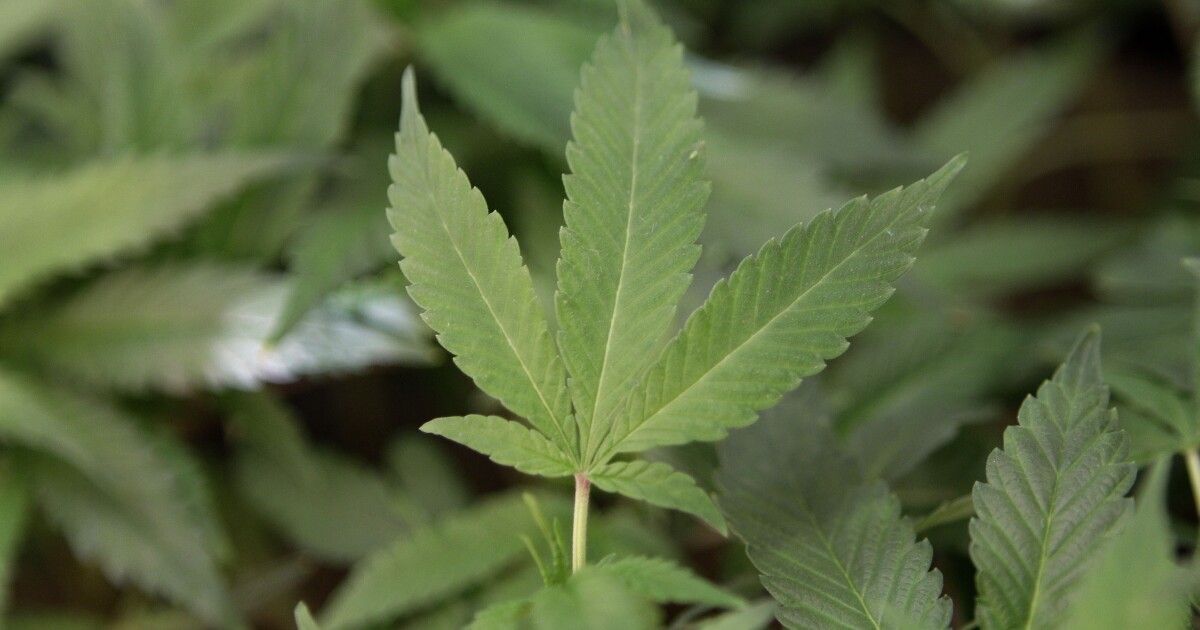 Advocates say 2021 will be the year Connecticut finally approves the legal recreational use of marijuana by adults. State lawmakers had argued legalization would go against federal law. But a landmark vote in the U.S. House of Representatives to remove marijuana from the list of controlled substances gives advocates a boost.

The U.S. House voted to regulate and tax cannabis sales for the first time earlier this month. There is no indication that the U.S. Senate would take action, but that has not dampened the optimism of advocates like Fred Carstensen.

“We are going to get federal decriminalization and effective legalization of recreational marijuana in the next few years,” Carstensen said.

Carstensen is the director of the Connecticut Center for Economic Analysis at UConn. He supports legalization for economic reasons. He said the momentum is on the side of legalization — 11 states have already done it, and voters in five states supported it in November.

“There were five referenda in November and all five passed, even in very conservative states,” he said.

Connecticut is one of 34 states that allow the medical use of marijuana. Carstensen said that generates very little economic activity. But he said legalization of adult recreational use would generate jobs, a strong growth in GPD and more than $600 million dollars in tax revenue in the first five years. However, Connecticut would have to act quickly.

Kebra Smith said she’d like to see Black and Latinx communities benefit from legalization. She is a registered nurse and one of only a handful of African Americans with a license to market medical marijuana in Connecticut. “I want other people to be able to do that. And that is only going to happen if we open up this market. You know our medical industry here in Connecticut is very limited. There is no entry for people of color. They are not even accepting applications,” Smith said.

She said she’d like to see more opportunities for Black and Latinx communities to get involved in the business.

Some faith leaders see legalization as an issue of economic and social justice. The Rev. Tommie Jackson is the pastor of Rehoboth Fellowship Church in Stamford.

“The legalization of cannabis goes a long way towards making things better in the community where I serve and live,” Jackson said.

Jackson helped craft Governor Ned Lamont’s marijuana legalization bill that stalled after the last legislative session ended abruptly due to the pandemic. He said he’s working to get fellow members of the faith community on board.

“They have to see not only the benefit of reducing criminality, but the effects of public safety in our community and the economic benefit,” Jackson said.

Jackson is confident the bill will pass next year — if it addresses inequality in the war on drugs.

“I’m convinced that it will be passed. It must be done to ensure the full and fair cooperation of all people, especially people of color,” he said.

“We have to also think about historic wrongs and the imbalances in the prosecution of marijuana. And I think it doesn’t exist today as much as we decriminalized it, but we could expunge records from marijuana if we legalize it,” Ritter said.

Incoming House Republican minority leader Vincent Candelora said opposition to marijuana is not partisan because there are Democrats and Republicans on both sides of the issue.

“As someone who has opposed the legislation my concern is with the commercialization of marijuana,” Candelora said. “You are encouraging an enterprise of an illicit drug.”

Devaughn Ward is the senior legislative counsel for the Connecticut Coalition to Regulate Marijuana. He said his group is doubling down on efforts to lobby lawmakers, especially those that were newly elected in November. “This is an issue that is going to be hotly debated in 2021 and legislators need to know where you stand,” Ward said.

Ward hopes the new lawmakers will turn the tide. The 2021 legislative session begins on January 6.