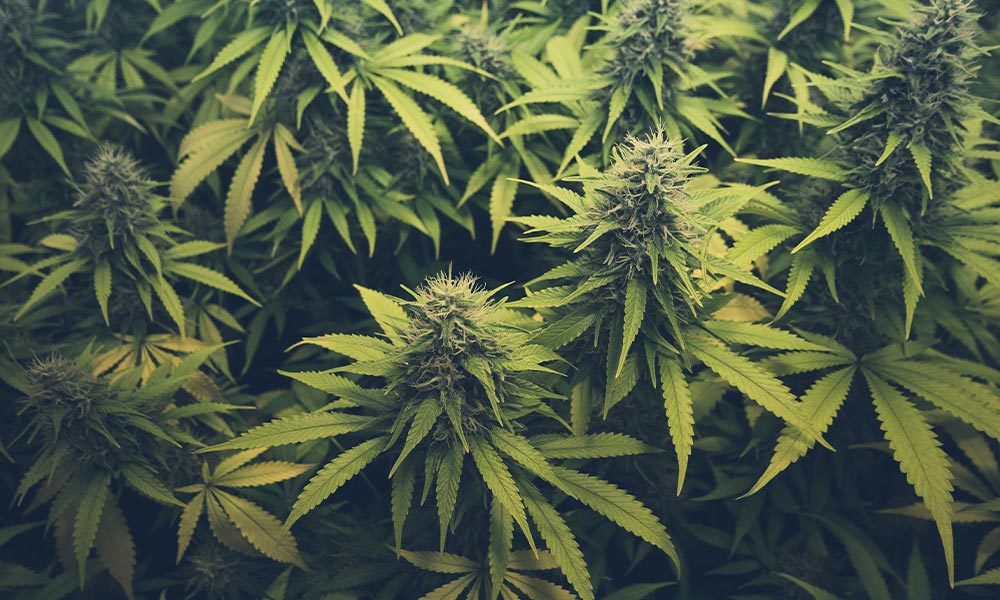 With the 2022 election season already in full swing, candidates and political parties are busy creating their campaign strategies and communicating their views on key issues to voters. With many expecting this year’s midterm elections to be in large part a referendum on the Biden administration, candidates setting themselves apart from the pack could create a path to success. And for two Democratic candidates for the US Senate, cannabis reform has become a primary campaign issue of choice.

In Louisiana, Democratic candidate for US Senate Gary Chambers made headlines last month when he smoked a blunt in a campaign video. As a social justice advocate from Baton Rouge, Chambers used the video of him smoking marijuana in a New Orleans park to bring attention to the impact of cannabis prohibition, particularly on communities of color.

“Every 37 seconds, someone is arrested for possession of marijuana,” Chambers says in the video as the sound of a clock ticks down the seconds. “Since 2010, police have arrested an estimated 7.3 million Americans for violating marijuana laws. Black people are four times more likely to be arrested for marijuana laws than white people.”

Louisiana has made some progress on cannabis reform, with lawmakers approving a 2015 bill to legalize the medicinal use of marijuana, albeit under one of the most restrictive programs in the nation. In 2020 the legislature approved further legislation to expand access to the program to more patients, and another bill passed in 2021 legalized smokable cannabis flower. The state has also begun work on marijuana decriminalization, with Democratic Gov. John Bel Edwards signing legislation to remove criminal penalties for possession of small amounts of cannabis last year. But Chambers, who hopes to win the US Senate seat now occupied by Republican Sen. John Kennedy, is interested in more than just legalization. He also wants to see cannabis use normalized.

“I hope this ad works to not only destigmatize the use of marijuana, but also forces a new conversation that creates the pathway to legalize this beneficial drug, and forgive those who were arrested due to outdated ideology,” he wrote in a tweet.

In a January 18 statement to CNN, Chambers said it is “long past due that politicians stop pretending to be better or different than the people they represent,” adding that it is time to reform the nation’s laws on cannabis possession. Chambers shot the add in New Orleans in part because of reforms passed in the city last year that ended penalties for possessing small amounts of marijuana and pardoned approximately 10,000 past convictions.

If Chambers is successful in his quest to unseat Kennedy in the state’s November all-party primary, he hopes to see similar progress on cannabis reform at the national level. Despite making campaign pledges to decriminalize marijuana use and legalize the medicinal use of cannabis, President Joe Biden has so far failed to take a lead on the issue. Chambers believes that fellow Democrats should make sure Biden follows through on his promises.

“The party needs to lean on the president and get him to deschedule,” he told Forbes. “I would be a US senator who would support that.”

The social justice aspects behind cannabis legalization are also important to Pennsylvania Lt. Gov. John Fetterman, who has made pardons and executive clemency for prisoners convicted of cannabis offenses and other crimes priorities of his tenure as the state’s second-in-command and chair of the Board of Pardons. He has made legalizing weed—his preferred term for cannabis—a key issue of his campaign to win the US Senate seat being vacated this year by retiring Republican Sen. Pat Toomey. Fetterman believes that marijuana should be available to those who want to use it medicinally, particularly veterans. And he is also quick to expound the economic benefits that come with cannabis reform, including creating a new recreational marijuana industry.

Fetterman is a staunch proponent of traditional Democratic values, including a strong middle class and support for labor’s right to bargain collectively. He is also a strong ally of more progressive issues such as LGBTQ rights and ending the War on Drugs. As Pennsylvania’s lieutenant governor, Fetterman has been on a mission to end cannabis prohibition. Pennsylvania approved medical marijuana in 2016 but calls to legalize adult-use cannabis have so far been rejected by the state legislature. In 2019, he made a 98-day tour to visit all 67 Pennsylvania counties for town hall meetings to gauge the residents’ views on legalizing recreational marijuana. After listening to Pennsylvanians from across the state share their opinions on the issue, Fetterman estimated that up to 70 percent support legalizing marijuana.

With 60 percent of American adults now believing that cannabis should be legalized for medical and recreational use, according to a 2021 Pew Research Center Poll, marijuana policy reform is gaining attention and support from politicians. Both Democrats and Republicans have offered federal cannabis legalization plans, making reform an increasingly bipartisan issue. Whether it can be a decisive factor in political campaigns remains to be seen. With no Black candidate winning a statewide election in Louisiana since the Reconstruction, Chambers’ campaign to unseat a Republican looks like an uphill battle. But many pundits see Fetterman’s campaign in Pennsylvania as the Democrats best chance of breaking the 50-50 tie in the Senate.