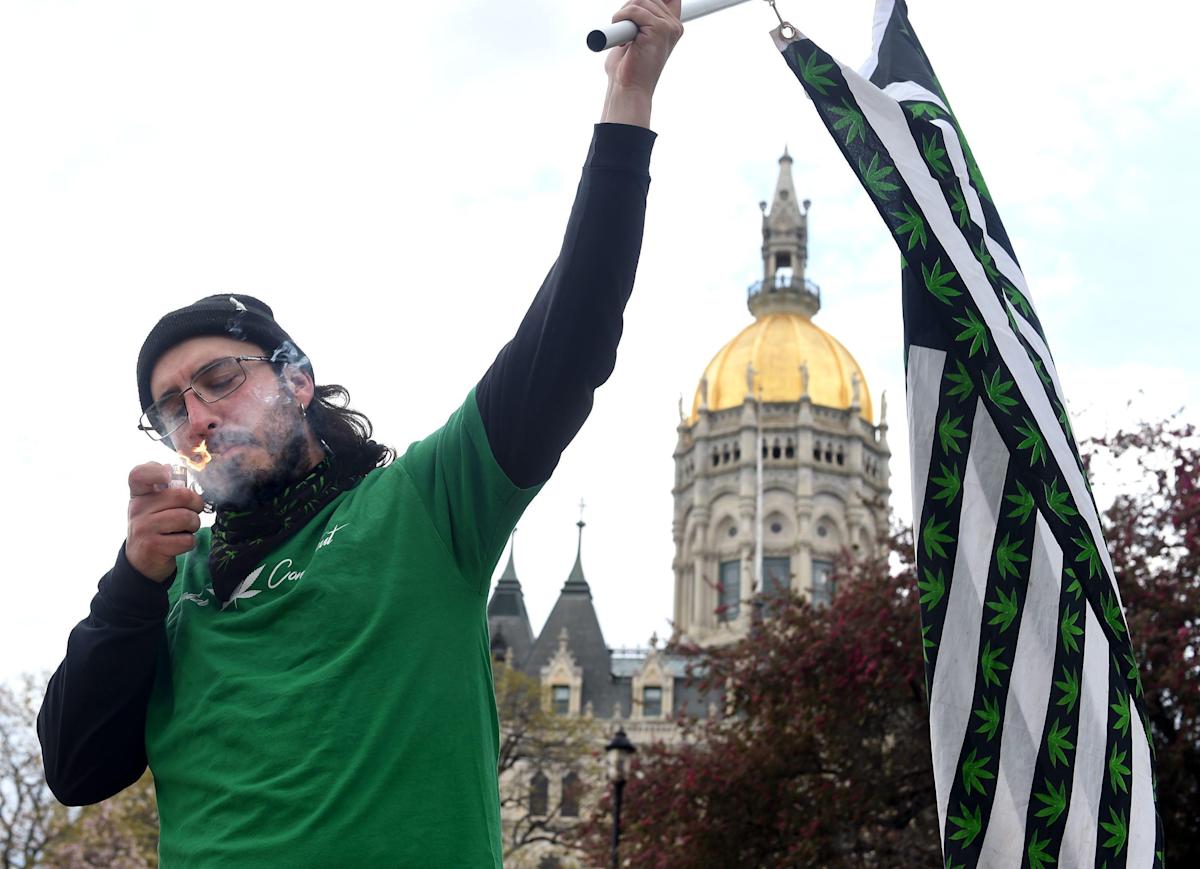 Troubled by people smoking marijuana around children and families and the effects of second-hand smoke, Vernon’s town council has banned cannabis use in all public places.

The prohibition was added to the town ordinance regulating alcohol on public property. The rule now says “no person shall burn, smoke or consume cannabis while upon or within the limits of any public highway, public area or parking area within the Town of Vernon.” Each violation is subject to a fine of up to $100.

“The intent here is to do what people expect government to do – protect public health and safety,” Town Manager Michael Purcaro said Wednesday.

Mayor Dan Champagne pushed for the ban after residents complained about pot smoking at the town’s July in the Sky fireworks event in Henry Park, in the downtown area and in other public places.

“This is a public health issue,” Champagne said before the council vote on Aug. 17. “We already ban alcohol and smoking in our parks, at schools and other town properties. It is sensible to expand this public health policy to cannabis. Our residents have the right to expect a healthy, substance-free environment in our parks and town facilities.”

Initially, the proposed ordinance banned possession of marijuana in public places, but the council amended the rule after realizing the conflict with state law passed in June that allows possession of up to 1 1/2 ounces.

Purcaro said police will enforce the ordinance, which also includes a ban on vaping in public places.

State law says adults age 21 and over may smoke pot and can transport up to five ounces in a locked glove box or trunk. Retail sales are not expected in Connecticut until May 2022 as the state embarks on the detailed process of regulations and licensing.

When Connecticut became the 19th state to legalize marijuana, state legislators left each town to work out many of the details, including rules on retail sales and where people can smoke. Greenwich, Newtown and Prospect already have decided to ban pot stores altogether, and more communities are likely to follow.

Between now and October, cities of more than 50,000 must designate at least one public place where smoking is permissible. Smaller towns such as Vernon (pop. 30,215) have no such obligation.

Betsy Gara, executive director of the Connecticut Council of Small Towns, said she had heard of only one other town, Milford, that had banned cannabis use in public places. COST has not adopted a position on the issue, Gara said, but the organization is sending out a bulletin informing municipal leaders of their authority to regulate the sale of cannabis and use of the drug in public places.

State law prohibits all smoking in stores, workplaces, state parks and beaches, along with other locations, but towns can decide about streets, sidewalks, parks and local beaches. Leaders in other communities have been talking about bans similar to Vernon’s. Plainville is waiting for a developer to propose a marijuana-growing business at an old warehouse, but at the same time the town is considering a ban against any smoking in public parks.

Critics of legalization have warned of an increase in cannabis use among children, a spike in crime, a rise in addiction and other societal ills. Just before Gov. Ned Lamont signed the legislation, the Connecticut State Medical Society issued a statement expressing “deep disappointment” and calling legalization “bad science, bad policy and dangerous to Connecticut’s public health.”

The Centers for Disease Control and Prevention says marijuana use “may have a wide range of health effects on the body and brain.”

“The known health risks of secondhand exposure to cigarette smoke — to the heart or lungs, for instance — raise questions about whether secondhand exposure to marijuana smoke poses similar health risks,” the agency says on its website. “While there is very little data on the health consequences of breathing secondhand marijuana smoke, there is concern that it could cause harmful health effects, including among children.”

According to the CDC, recent studies have found strong associations between those who said there was someone in the home who used marijuana or a caretaker who used marijuana and the child having detectable levels of THC — the psychoactive ingredient in marijuana.

“Children exposed to the psychoactive compounds in marijuana are potentially at risk for negative health effects, including developmental problems for babies whose mothers used marijuana while pregnant,” the agency says.

Jesse Leavenworth can be reached at jleavenworth@courant.com