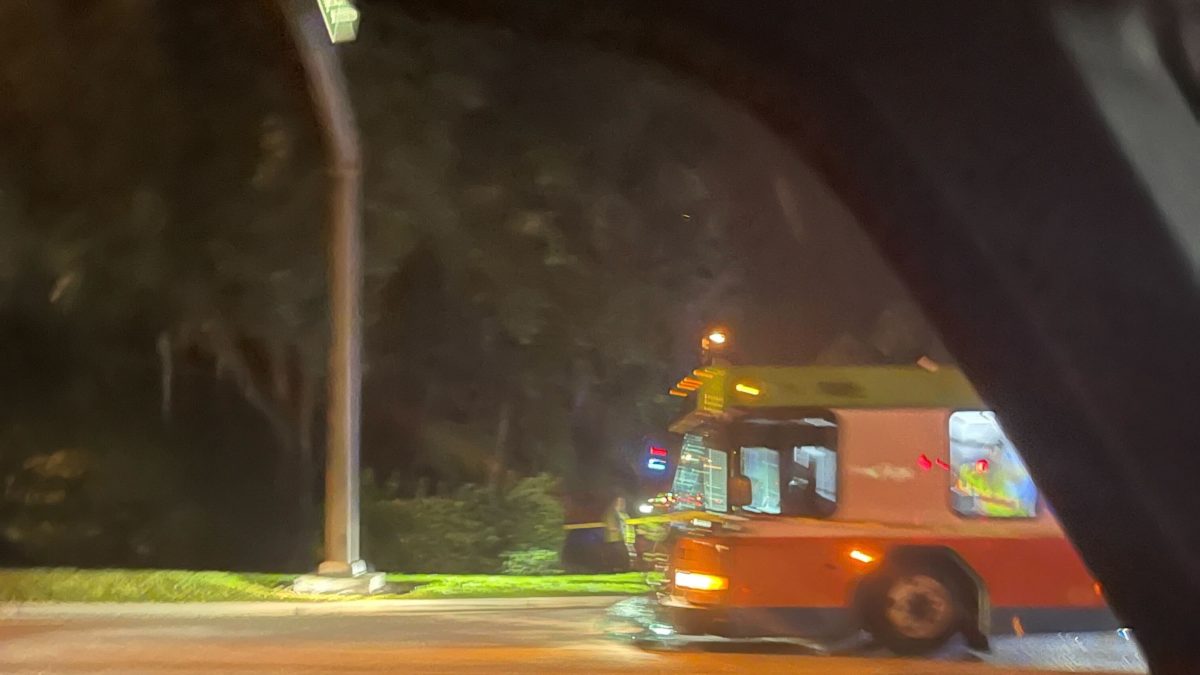 A Walt Disney World bus was involved in an accident with a smaller car last night while traveling southbound on Seven Seas Drive.

The incident happened just before 10:30 p.m., when a WDWNT reporter was passing through the area. They did not witness the incident, but it appeared that the bus had crashed into a car. Emergency services were on the scene. 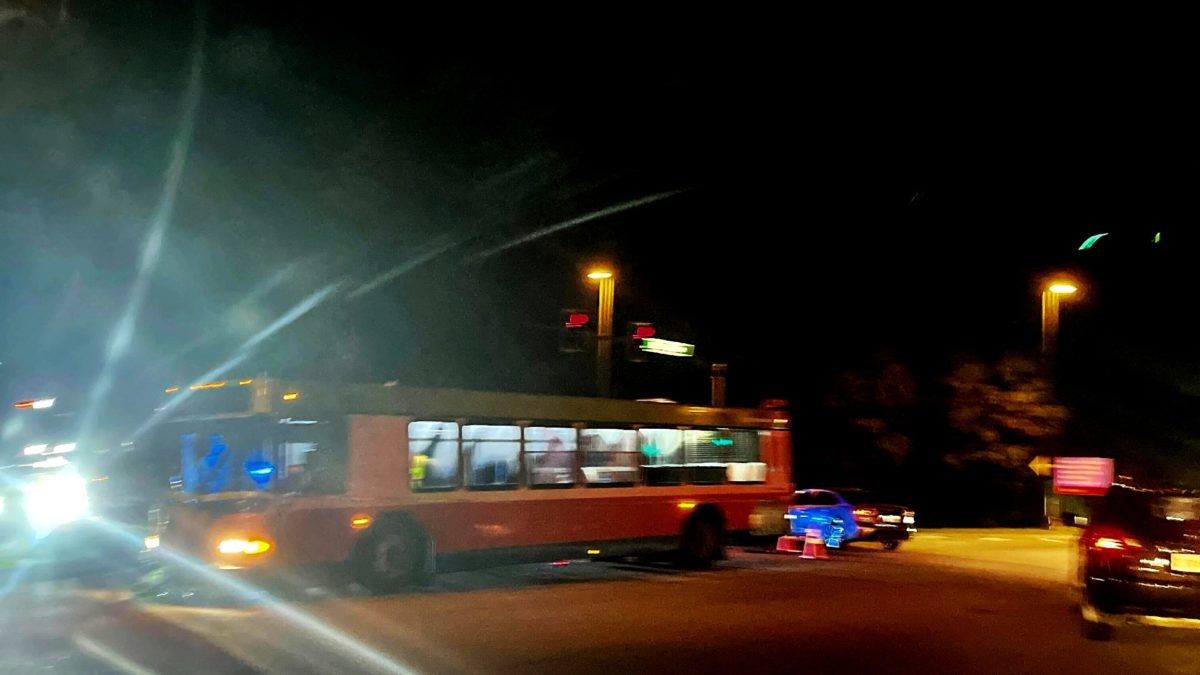 The windshield of the bus was smashed on the ground. So far, there have been no public reports of injuries resulting from the accident.