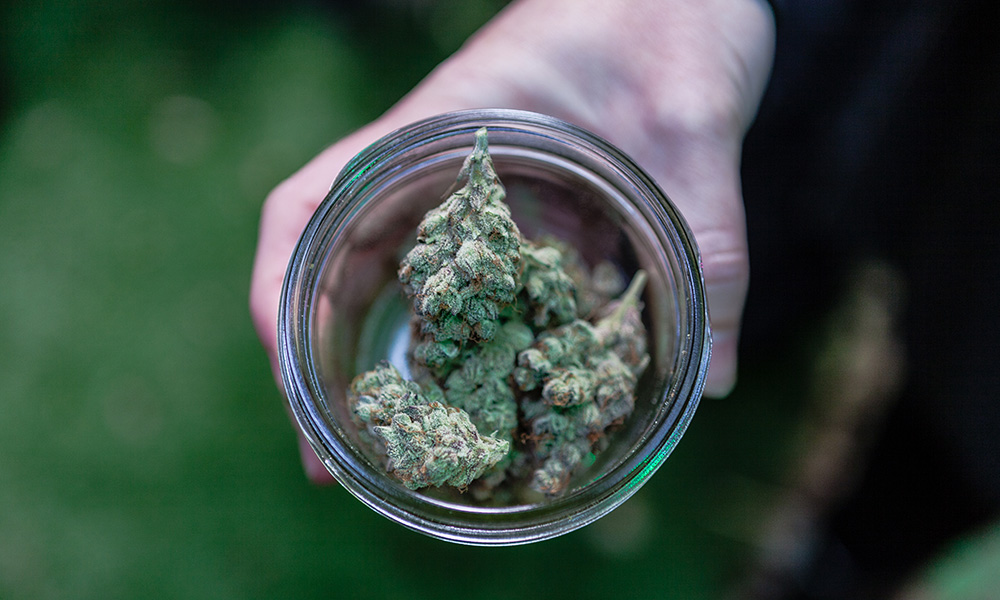 The Washington, D.C. District Council on Tuesday unanimously approved a measure designed to support medical marijuana dispensaries still struggling with the economic effects of the coronavirus pandemic. The emergency measure, which extends the expiration date for medical marijuana patient identification cards, was approved without language that had appeared in earlier versions of the legislation which would have cracked down on so called marijuana gifting businesses and delivery services.

Under the bill introduced by District Council Chairman Phil Mendelson, patients with medical marijuana identification cards that have expired since March 2020 may continue to use them to purchase cannabis through the end of Jan. 2022. The measure also replaces the current one-year identification card with one that expires two years after being issued and increases the amount of medical cannabis a patient can buy at one time from four ounces to eight ounces.

Mendelson introduced the measure to help medical marijuana dispensaries deal with the continuing economic fallout of the COVID-19 pandemic. In July, a public health emergency order that included a provision to extend the valid date of medical marijuana identification cards expired. Since that time, more than 6,000 of the 12,000 registered patients in the city have lost access regulated medical marijuana, according to information from the chairman’s staff.

“We had a wonderful increase during the COVID period where cannabis went from illegal to essential and patients were able to use their cannabis cards with expired date. Definitely our patient base dropped as a result of the emergency rule coming to a close,” Dr. Chanda Macias, owner of the National Holistic Healing Center, a medical marijuana dispensary in Washington’s Dupont Circle, told The DCist. “It’s just nice when you see all the stars align and you see that patient access is continuing to expand, so definitely on my high note right now, no pun intended.”

The emergency measure passed by the district council did not include language to crack down on the cannabis delivery services and marijuana gifting businesses, which include cannabis as a “free gift” with purchases of a separate item. The items purchased to receive the gift of marijuana generally have little value and have included goods such as stickers and cookies. Under a version of the bill released last week, city agencies would have been empowered to pursue the “revocation of licenses, sealing of premises, and fines for businesses purchasing, selling or exchanging marijuana.”

The provision was designed to help regulated medical marijuana dispensaries, which have faced competition from marijuana gifting schemes and delivery services since the passage of Initiative 71, the 2014 ballot measure that legalized possession, use, and home cultivation of small amounts of cannabis. Joe Tierney, a Washington, D.C. cannabis advocate and founder and editor-in-chief of Gentleman Toker.com, applauded the council for dropping the proposed crackdown on marijuana gifting and delivery services.

“The DC Council wisely voted to help the city’s struggling medical marijuana market by extending an emergency bill that allows any patient whose card expired any time after March 2020 continued access to the dispensaries,” Tierney wrote in an email. “Chairman Mendelson’s attempt to end access to the Initiative 71 market for all recreational users was ultimately misguided and would have had far-reaching consequences for the city’s residents and businesses that depend on it during this time of economic uncertainty, especially people of color.”

Although the federal government has allowed Washington, D.C.’s medical marijuana dispensaries to operate, Congress has used budget legislation to block the city government from regulating recreational cannabis sales ever since the passage of Initiative 71 by voters in 2014. Known as the Harris Rider for its author, Maryland Republican Rep. Andy Harris, the attachment to congressional spending bills prevents the District of Columbia from taking action to further legalize recreational cannabis or regulate commerce in adult-use marijuana.

“The Harris rider has been a real disservice to the District,” Mendelson told The Washington Post last month. “What Congress has done is create a wild wild West where there is no ability to have meaningful, constructive regulation.”

The rider has been approved each year since its debut in 2014, empowering Congress to exercise its oversight of district affairs and prevent local leaders from regulating recreational marijuana. However, the Senate Appropriations Committee omitted the Harris Rider from the appropriations bill for the 2022 fiscal year, which was released by the legislative panel in October. The House of Representatives also approved appropriations legislation without the Harris Rider this summer, although President Biden’s budget proposal released in May retained the restriction on legal recreational pot in D.C.

Another plan advanced by Mendelson earlier this year would prioritize local business owners over large corporations from outside the nation’s capital, with taxes raised by cannabis businesses allocated to areas of Washington disproportionately impacted by poverty and the War on Drugs. A public hearing to explore Mendelson’s recreational weed measure and Bowser’s medical marijuana proposal is scheduled for later this month.