Home Connecticut News What Darien parents should know about marijuana, according to experts – Darien Times 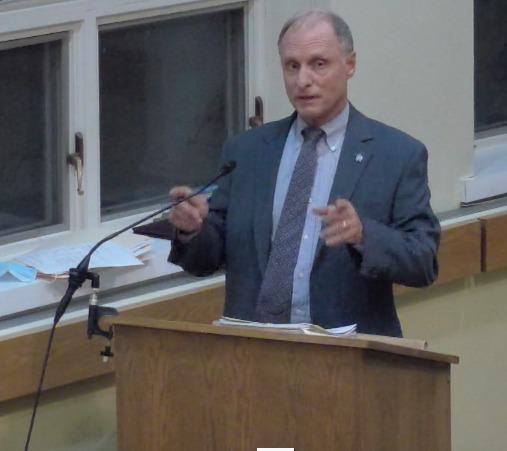 DARIEN — With legal recreational marijuana coming to Connecticut, parents should be on the lookout for upward trends in substance abuse among Darien students, youth advocates and town officials warned.

At a virtual forum last week, Darien Police Chief Don Anderson and a representative from the behavioral health group Liberation Programs talked to Darien parents about what to expect when the state’s first legal cannabis dispensaries begin opening at the end of the year.

“It’s mere fact that any substance, whether it’s alcohol or cannabis, just weighs in on making choices that are not smart, with Major League consequences sometimes,” Anderson said. “I can, from firsthand experience, tell you I’ve dealt with hundreds of young people here with serious issues with addiction over the course of my career. Some grave, some not so bad. Some outgrow it, some do not.”

The forum was hosted by Darien’s Thriving Youth Task Force, a coalition of youth leaders, which recently received a $625,000 grant from the Center for Disease Control and Prevention to address rising mental health and substance issues among Darien’s youth — something the group has been monitoring for years.

While the town has been embroiled in a debate about whether or not to allow dispensaries in Darien, Anderson said location does not matter: The town’s adolescents typically get illicit substances from Norwalk and Stamford anyway. New York City and Bridgeport are also sources for supply for marijuana, he said.

“A lot of the kids here in Darien are getting it from other kids in Darien,” Anderson said. “They don’t consider themselves a marijuana dealer, whether it’s legal now or illegal like it was in the past. They go get a supply of marijuana for their own use. And they can sell off extra so they’re basically getting their marijuana for free. That has never really changed.”

Both Anderson and John Hamilton, the CEO of Liberation Programs, highlighted a recent rash of fentanyl-laced marijuana incidents.

Anderson called those incidents “of concern.” The Darien police department is equipped with Narcan, which reverses fentanyl overdoses, and are trained in administering the treatment, he said.

Consequences in the legislation

Anderson talked about the stipulations of legal marijuana as written in state law, but stressed that children in possession of the substance will not face arrests.

Those under 18 and in possession of under an ounce and a half of marijuana face written warnings and potential referral to Darien’s Juvenile Review Board. Second offenses lead to mandatory referrals to the review board, but no arrest, and a third offense would be considered a delinquent act, Anderson said.

Five ounces or more however, and children would be up before juvenile court.

The second tier are individuals 18 to 21 years old, with first-time offenders having to pay fines if they are in possession of less than an ounce and a half of cannabis. Anything more, and they face lower-level misdemeanor charges and a court visit, Anderson said.

“This law requires a super-decoder ring and a cheat sheet to really keep all the nuances of this law in place,” Anderson said.

The percentage of people with addiction potential to cannabis is much lower than most other addictive substances, like tobacco and alcohol, Hamilton said.

However, the younger you are when you start, the more likely your potential for addiction is, Hamilton said.

The national Center for Disease Control and Prevention lists two studies related to marijuana addiction: one that says 3 in 10 people who use marijuana can develop a marijuana use disorder; another that about 10 percent of marijuana users will likely develop an addiction.

The CDC also reports that the risk of developing marijuana use disorder is greater in people who start using marijuana during youth or adolescence and who use marijuana more frequently.

In order to be as prepared as possible once marijuana — legal or otherwise — appears on the scene, Hamilton told Darien parents they should be prepared to discuss marijuana’s impacts with their children once they hit adolescence.

Hamilton recommended having an “escape plan” in the event children find themselves around substances they don’t feel comfortable around.

“That opens the door for a lifeline to get kids out of potentially dangerous situations,” Hamilton said.