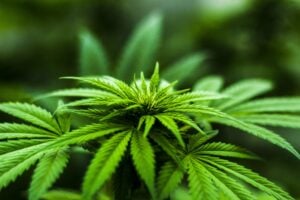 Few attorneys have been busier in the time of COVID-19 than those who work in employment law. As luck would have it, during these challenging times, some states began to pass new marijuana laws, including New York, New Jersey, and Connecticut.

Nancy Eberhardt, executive director of Pro Bono Partnership, a nonprofit that provides legal services and advice to other 501(c)(3) nonprofits in the tri-state area, said: “It’s all a work in progress. States changed the laws (or constitutions) but the implementation is a different ball game. I wasn’t expecting all that to happen in the middle of Covid but here we are.”

Eberhardt also serves as faculty for The Practising Law Institute’s program Serving on a Nonprofit Board 2021: Practical and Ethical Considerations for Attorneys.

Thus far, pandemic concerns have pushed newly minted recreational marijuana laws and what they might mean for employers to the back burner, said Eberhardt’s colleague Christine Michelle Duffy, the director of the New Jersey Program for Pro Bono Partnership.

“I think COVID has been priority No.1 for most of the people who are focusing on the survival of their nonprofits and servicing their clients in a hybrid world,” Duffy said. “Marijuana is not at the top of their mind.”

“I really haven’t had many questions. . . . Most clients are focused on getting through the day-to-day with changing COVID regulations and requirements.”

Nonetheless, Pro Bono Partnership issued articles and offered webinars informing their nonprofit clients as to the content of the new laws.

The New Jersey law was signed on February 2021. Called the Cannabis Regulatory, Enforcement Assistance, and Marketplace Modernization Act, or CREAMMA, it legalizes adult cannabis use and possession.

According to an article issued by Pro Bono Partnership, “employers still are permitted to maintain drug- and alcohol-free workplaces and are not required to accommodate the use, possession, sale, or transfer of cannabis in the workplace and can prohibit being under the influence or intoxication during work hours.”

Employers cannot refuse to hire anyone who uses cannabis while off duty, however, “unless failing to do so would place the employer in violation of a federal contract or cause it to lose federal funding.”

In addition, CREAMMA precludes employers from taking “adverse action against applicants or employees solely because the applicant or employee tests positive for cannabinoid metabolites.”

Grudnowski reported that the New York cannabis law has similar restrictions to New Jersey’s, but more flexibility for employers is possible under Connecticut’s law.

“For example, one that might be common is for childcare centers or other individuals who supervise children,” Grudnowski said. “These workers may be restricted in their ability to use cannabis both at work and outside of work.”

When the New Jersey law was pending, Duffy said, some constituencies pushed to include exclusions for safety-sensitive positions, such as people who work with chemicals or heavy equipment who are drug-tested already.

The state opted to not include these exclusions, but an employer doesn’t have to accommodate the use of marijuana if it causes the user to violate federal law, Duffy explained, offering the example of a position governed by the federal Department of Transportation, such as a driver with a commercial driver’s license. “If you have a CDL you can’t be using drugs that are illegal under DOT regulations, which include marijuana.”

Also, Grudnowski noted that New York City has its own cannabis laws, adding to the complexity of compliance for New York employers. “The New York City law has limited exemptions for pre-hire drug testing for certain safety-sensitive positions, such as jobs requiring a commercial driver’s license and roles requiring the supervision of children, but New York State does not.

“Police officers are carved out in both Connecticut and New York City,” she said, adding that carve-outs also exist to avoid conflicts with federal law and other state laws.

For the moment, marijuana is still illegal at the federal level, but Duffy predicts that is going to change. “No way are they going to stop it now that at least 18 states and the District of Columbia have legalized recreational cannabis use.”

As noted above, employers can still prohibit someone from being under the influence of cannabis during work hours. The conundrum lies in the fact that they cannot test to establish such intoxication because cannabinoid metabolites stay in the system for a long time. A positive test does not necessarily mean a person is under the influence.

Duffy said the questions Pro Bono Partnership typically fields about cannabis reflect this kind of immediate problem — the belief that someone is using at work. “It’s not something they have to deal with until the issue pops up, which is infrequent.”

To establish that someone is under the influence is shaping up to be a strict process, at least in New Jersey.

“Before you can take action regarding a person and request that they undergo testing,” Duffy said, “not only do you have to use scientifically reliable methods for testing, you also have to have in place a Workplace Impairment Recognition Expert.”

For this reason, employers may choose to avoid taking action based on marijuana intoxication at work. They would have to hire someone. Moreover, a WIR Expert needs to be certified, and employers are still waiting for New Jersey to establish the requirements, Duffy said.

Duffy had suggested the same approach when it came to the years-old medical marijuana law. Given that employers may be required to accommodate a person’s disability, which may include the use of cannabis, “if you take action based on conduct, then you generally can’t be accused of disability discrimination, especially if the employee never advised you of the disability.”

Grudnowski said the situation is similar in New York. Employers cannot test for marijuana pre-hire. The state law essentially prohibits it. While the employer can take actions based on articulable symptoms of workplace impairment, “there is not a dispositive or complete list of impairments. They have to be objectively observable actions that lead to decreased performance,” she said.

The state’s example was someone who is operating heavy machinery in a reckless manner. “That’s a pretty severe action that has to occur before you make the leap to impairment,” Grudnowski said.

The types of nonprofits served by Pro Bono Partnership generally don’t have the resources in place to properly monitor the on-duty use or influence of cannabis, so they are in wait-and-see mode, Grudnowski explained.

In terms of the example, an employer may have to take action only on the recklessness. “It’s going to be hard to hang your hat on marijuana use.”

Visit pli.edu to learn about upcoming and on-demand programs related to employment law.

Elizabeth M. Bennett was a business reporter who moved into legal journalism when she covered the Delaware courts, a beat that inspired her to go to law school. After a few years as a practicing attorney in the Philadelphia region, she decamped to the Pacific Northwest and returned to freelance reporting and editing.