Home Marijuana News What is the future of legal weed in Danbury? Depends which mayoral candidate is elected – Danbury News Times 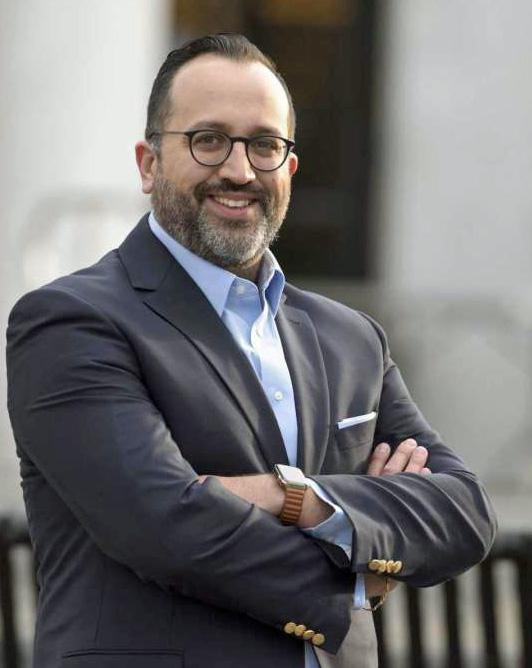 DANBURY – Democrat Roberto Alves said retail marijuana businesses would have the green light in the Hat City if he is elected mayor in November, while Republican Dean Esposito said his administration would first seek the will of the people.

“As the mayor, first I would look into getting a good feel of what actual residents think about this type of business,” Esposito said. “The tax revenue is the key because that is one of the main motivators why the state went with it, but I want to work with the residents.”

Alves disagrees with a yellow light approach, saying anything that grows jobs and tax revenue responsibly has a place in Danbury’s economy.

“We should welcome the business because folks are going to come home and relax (with retail marijuana) the way they relax with a glass of wine now,” Alves said. “People look to us to be the leader, and we shouldn’t turn our noses up at a new source of revenue.”

Alves’ and Esposito’s contrasting positions about recreational marijuana follow a one-year ban on new cannabis establishments Danbury passed in July to give zoning officials time to decide what pot businesses the city should allow. The temporary ban does not affect the right of adults under the new state law to have small amounts of marijuana. Nor does Danbury’s ban affect the planned opening on Monday of the city’s first medical marijuana dispensary at a former bank building on the west side.

At the same time, a brain trust of city leaders and department heads is studying Danbury’s requirements under Connecticut’s July 1 marijuana decriminalization law, which among other things requires cities of Danbury’s size to designate a public place for recreational marijuana use.

Although recreational marijuana is not a top voter concern the way schools and road conditions are, discussions about retail cannabis businesses and unintended consequences of legalized pot do feed into the larger campaign issues of education and tax revenue, the candidates agreed.

With the approach of Labor Day weekend, when the November campaign season traditionally heats up, Esposito and Alves are alone atop their tickets after two Democrats who promised to challenge Alves in a September primary dropped out.

“Mayor Cavo has implemented a working group on studying cannabis and getting feedback,” Esposito said. “We have to take baby steps at this point.”

Alves said the city should capitalize on the opportunity.

“When we start having (marijuana) retail, we get 3 percent of the product that gets taxed,” Alves said. “What else do we have that we tax locally that stays here?”

A key provision of the state marijuana law which goes into effect in stages over the next two years, is ensuring that people disproportionately impacted by the war on drugs receive preferential treatment in the emerging recreational marijuana market. The state took the first step to back that up on Aug. 5, when Connecticut’s newly created social equity council approved a list of neighborhoods in downtown Danbury and across the state where residents will receive a higher share of cultivation and retail licenses.

Alves said much of the equity equation would be handled by the state, but said he would stand up for the principle of equal access by making sure that Danbury’s designated recreational marijuana space was in a central place that everyone could get to.

“It doesn’t work to have it on the outskirts of town if people can’t get to it, because a lot of people are renters,” Alves said. “If you don’t have place to do this legally around your house, we have to be sure the city provides an equitable space, and I will be working diligently for that.”

In addition to prohibiting marijuana smoking wherever cigarettes or vaping is banned, Connecticut’s state law restricts marijuana in state parks and allows landlords to make similar restrictions on their property.

Esposito said he was committed to supporting equal opportunity, especially in a city of Danbury’s diversity, and noted that the permitting would be the state’s purview. Esposito was less prepared than his opponent to share his preference about the location of the public marijuana smoking space in Danbury, except to say that it needed study.

“I understand people will have to go somewhere if they are not allowed to utilize cannabis in their homes,” Esposito said. “I don’t know about the designated space.”

Esposito added that he would create programs as mayor to “educate children about the harmful effects of cannabis.”

“We have to be prepared to protect the safety and well-being of our families,” Esposito said.

Alves said keeping cannabis out of children’s hands would be his priority.

“I would be a very strong advocate that these products are marketed to adults,” Alves said.