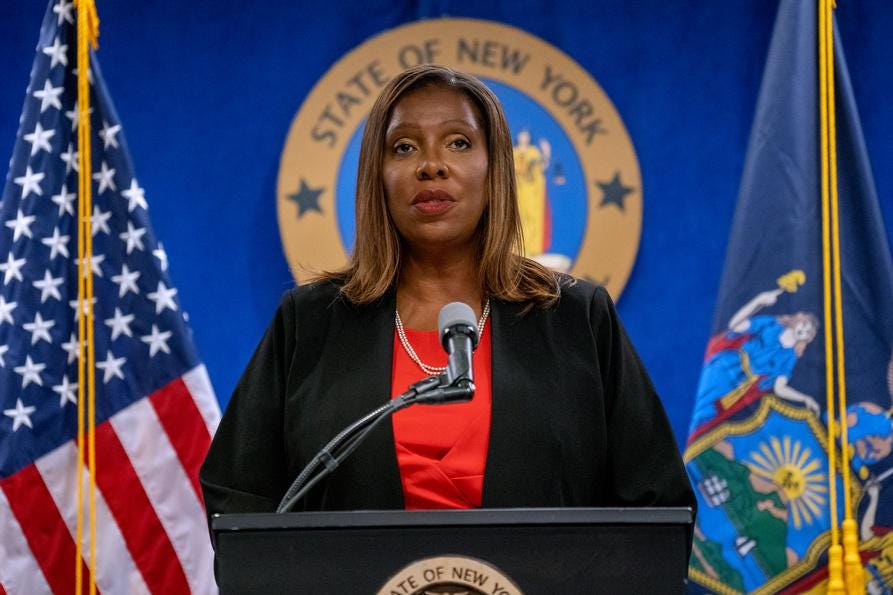 New York legalized adult-use cannabis back in March, but there’s still no regulated commercial market. At least part of this void, as James warned, is being filled by cannabis products “deceptively designed to look like standard snack foods and candy.”

This is an old phenomenon. Whether categorized as “remix culture” or “logo-jacking” or something else, underground markets of all kinds—fashion, food, music—are full of derivative references to mainstream brands. And cannabis culture has demonstrated a particular love for sly nods towards familiar branding (or at least until the lawyers get involved).

But James wasn’t worried about copyright infringement. In her release, citing a nationwide increase in visits to poison control centers by children who accidentally (or not) ate their parents’ cannabis edibles—with 2,622 calls nationwide recorded in the first half of 2021—she warned about a menace “extremely dangerous to human health,” including weed that could kill you.

And James was not alone. Similar warnings were issued by attorneys general in at least five other states.

Despite the spread of marijuana legalization and acceptance of cannabis as a product acceptable in polite culture, the annual ritual of fearmongering around Halloween appears to be getting worse. And elected officials like attorneys general are making it so.

“In light of an increase in accidental overdoses among children nationwide, it is more vital than ever that we do everything we can to curb this crisis and prevent any further harm, or even worse, death,” she said in her statement.

According to the National Institutes on Drug Abuse, science has yet to record a single death attributable solely to cannabis overdose. That would seem to be enough by itself classify James’s consumer warning as a bizarre overreaction, if not irresponsible fear-mongering (“Dangerous”? “Crisis”? “Death”?) with highly questionable timing.

Yet somehow, every year, the ritual repeats itself. And marijuana legalization hasn’t stopped this nonsense. Instead, it’s getting worse.

“The levels of THC in these fakes could have some real and devastating consequences for children,” Yost said. “Parents need to be extra cautious, especially around Halloween, that these copycat products don’t wind up in treat bags.”

But as Yost’s office had to later admit to reporters who bothered to ask them a basic question, this has never happened.

Though Bonta shied away from suggesting weed products could kill you, he did say that cannabis products using mainstream branding are all unregulated, contain THC levels far and above state legal limits, and thus “present a risk to public health and safety.”

Similar reports came from other attorneys general all over the United States. Connecticut. Illinois. Oklahoma. Not every instance specifically mentioned Halloween, though Yost and Illinois AG Kwame Raoul both did. (Those that didn’t had to have known that the timing would ensure that they’d be interpreted as such.)

In every instance, the attorney generals’ warnings were greeted with a torrent of skepticism and mockery from the public as well as the media—or, in the latter case, at least when the media wasn’t parroting their warnings verbatim.

Because, in every instance, there is no credible evidence that cannabis-tainted Halloween candy is a thing. But in 2021, with the warnings coming from elected attorneys general instead of anti-drug activists or law enforcement for whom low-level drug busts were bread-and-butter, the annual cannabis-and-Halloween hoopla has reached a new nadir.

“Every year this gets worse,” observed Justin Strekal, the political director for the National Organization for the Reform of Marijuana Laws (NORML).

It’s unclear why this bevy of American attorneys general—several of whom are in states where adult-use cannabis is legal—all issued similar warnings this past week, and whether the warnings were coordinated in some way.

James’s office did not immediately respond to a request for comment sent to her office via an online form on Sunday.

Critics in drug-policy reform circles said that the attorneys generals’ warnings did little aside from hurt their own public images.

“After decades of objectively false scare tactics from the government, public officials should focus on building up credibility through respectful and evidence-based communication,” said Shaleen Title, a drug-policy attorney and co-founder of the Parabola Center for Law and Policy, a new cannabis-centric think thank. “Perpetuating stale myths about tainted Halloween candy might get some clicks, but it’s not worth your credibility.”

What is clear is that warnings like this do little aside from perpetuate a hoary and exploded myth, and seem to generate little more than derision from the public.

And at a time when trust in government institutions is at an historic low, according to polling, the annual Halloween-time marijuana reefer madness charade is making that very frightening development needlessly worse.