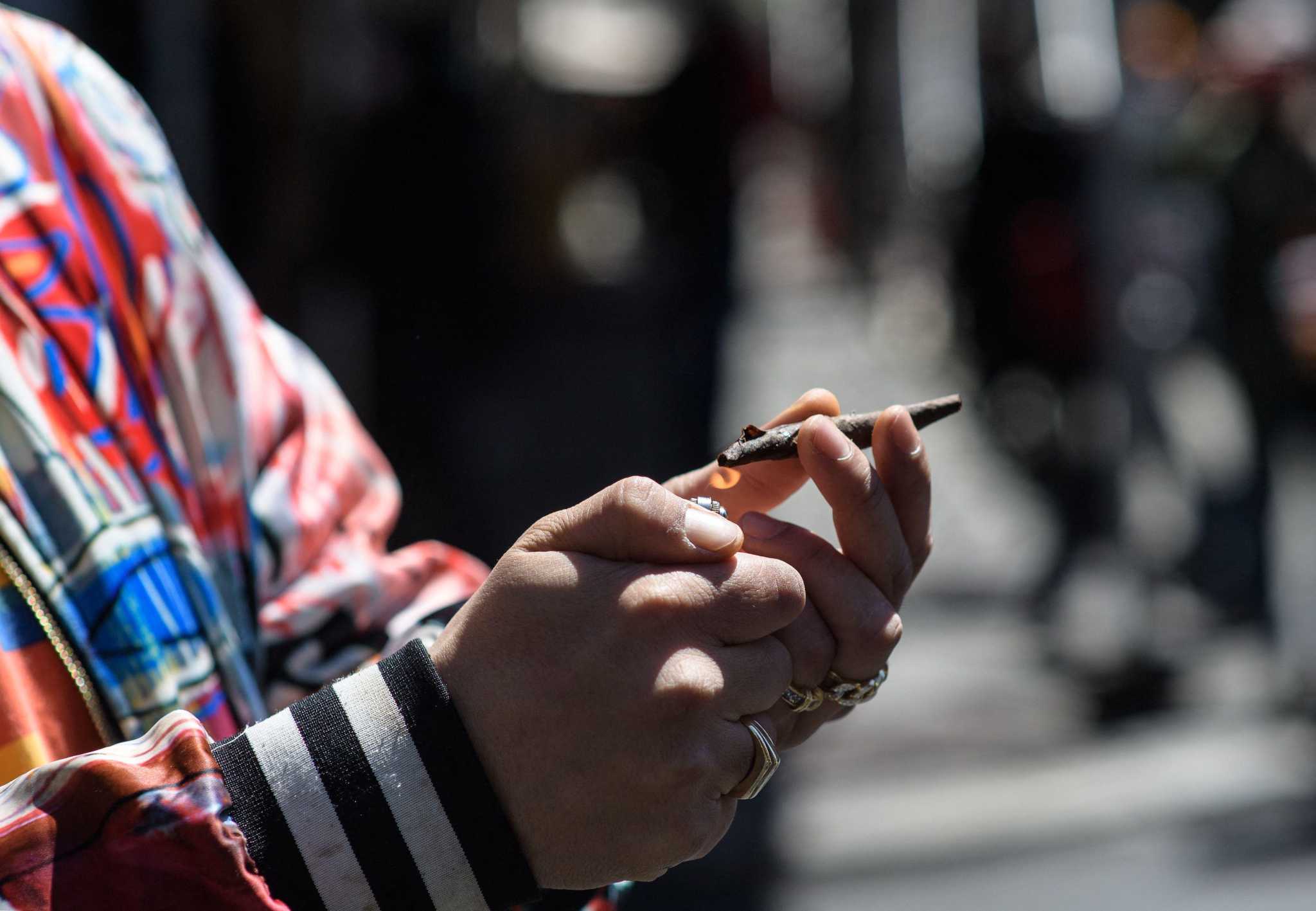 The Connecticut bill that legalized recreational use of cannabis includes a provision to increase the number of police officers trained to determine if someone is under the influence of marijuana.

However, health experts say it’s difficult — perhaps even impossible — to tell definitively if someone has used marijuana and, if so, how much.

“If I cannot determine that clinically, I don’t think that law enforcement has any better resources than the entire medical and scientific establishment on this topic,” medical toxicologist Ryan Marino said.

As of the end of July, there were 54 police officers trained as drug recognition experts in Connecticut. These are not the police officers pulling over drivers. DREs, as they are called, are brought to police stations to verify if a suspect is, in fact, under the influence of a drug such as cannabis.

State police said DREs undergo intense training, including two weeks of classroom instruction and a week in the field. According to the law that legalized recreational cannabis use, Connecticut municipalities have until the end of the year to inform the state how many more officers they would like trained as DREs.

The state hopes to have as many ARIDE-trained officers as possible.

“The goal is to get everybody coming out of the academy ARIDE training,” said Robert Klin, who runs the DRE program for the state Department of Transportation.

But medical experts say that marijuana is unique among commonly ingested substances since it cannot be reliably determined if, when and how much cannabis a person had consumed.

Steven Kinsey, for example, studies stoned mice. It’s part of his job as director of the University of Connecticut’s Center for Advancement in Managing Pain, where part of his research involves looking for pain management alternatives that don’t also create the euphoria associated with cannabis or opiates.

Though Kinsey said it’s hard to draw too many parallels between mice and men, he was not certain if he could tell if a mouse was stoned even in strict laboratory conditions.

The mice he studies are genetic clones but, even so, it varies from mouse to mouse.

“It would depend on what the dosing was, right? And the history of that mouse,” he said. “If you know that they’re both naive, and they’ve never used any drug before, and one of them is given a really high dose, then probably.”

If one mouse has built up a tolerance, “it can become really hard to tell,” Kinsey said, but even two mice that are essentially identical react differently.

“You still get some variants, even though they’re all genetically identical,” he said. “Some mice react more than others do.”

Once you add in the question of tolerance, it becomes far more complicated.

“Looking at tolerant mice, where we had mice that had been treated for a week with a cannabinoid, and then they were compared with one side by side that hadn’t, and you can see the amount of tolerance because the mice that had had a bunch of THC for a week were up and looking around and doing their things,” he said. “The ones that were naive, were looking very sleepy.”

Brooks Walsh, an emergency room doctor in Connecticut hospitals for 14 years, was clear: Impaired driving is a serious problem that he sees every day.

Walsh began as a resident at Yale New Haven Hospital and has spent the last decade at Bridgeport Hospital.

When people come to the emergency room inebriated, Walsh attempts to identify what substance they ingested, with one caveat.

“Our concern is to help the patient, and for most conditions, our concern isn’t diagnosing what they have,” he said. “It’s primarily, figure out what they don’t have, and figuring out if they need any acute treatment.”

When it comes to cannabis, he said there are no reliable tests, beyond an open admission from the patient, which he called the “gold standard.”

“It’s not clear to me that there are tests in the medical literature and certainly nothing in my training as a board-certified emergency physician that could lead me to reliably diagnose acute impairment intoxication for marijuana,” he said.

Part of the problem, Walsh said, is habitual users build a tolerance. So a person who has used marijuana every day since the 1960s might not appear stoned, despite having ingested far more marijuana than they should have to be behind the wheel.

Another person, less used to the effects of cannabis, might have a stronger reaction to a smaller dose, he said.

“Alcohol is fairly unique in that we have a very reproducible, easily obtained measure that correlates fairly well with intoxication,” Walsh said, noting there are “some outliers, the very heavy alcoholics who can tolerate a fairly high level of alcohol and still maintain mostly intact cognitive capabilities.”

With marijuana, “there is no good blood level unless you use fairly sophisticated lab techniques like gas chromatography, which aren’t available to the practicing clinician to tell actual levels of drugs,” he said.

Marino is a medical toxicologist, specialist in addiction, emergency physician, and an assistant professor at Case Western Reserve University School of Medicine

He said there is no accurate, reliable toxicological test for cannabis, through urine, blood or any other bodily fluid.

“Because of the way your body stores and metabolizes THC, you could test positive for days to weeks after using and could have no intoxication whatsoever,” he said. “You could have been totally clean and sober for 30 days and still trigger a positive test.”

When it comes to urine tests, Marino said they are notoriously unreliable.

“Urine tests in themselves are just poor tests overall,” he said. “There’s a lot of false positives and false negatives.”

The important question, Marino said, is not if someone has ingested too much marijuana, but if they are able to drive responsibly.

“My concern would be that people shouldn’t drive when they’re impaired, no matter what it is,” he said. “And since we don’t have a good way to test for it, I think the only thing to really stick to is if someone is driving erratically or violating rules of the road, then those should be be what we stick to because there isn’t a good way to say that they’re intoxicated rather than just impaired.”

C. Michael White, department head and distinguished professor of pharmacy at UConn, said to some degree, it doesn’t matter whether an officer can tell if a driver is stoned.

What matters, he said, is whether you’re too impaired to drive. That is something a police officer should be able to tell, he said.

However, White believes it would be difficult to tell if a person had been using cannabis and, if so, how much and when it was consumed. As a pharmacist, he’s focused on the dosing and the delivery methods.

Some people might be able to handle smoking a joint, but “somebody else might have used a vaporize product, and they got extremely high concentrations of THC,” he said. “The concentrations have now gone down quite a bit, but the person is still impaired.”

Marijuana is not like alcohol and establishing a level that is considered too much to drive is fraught, White said.

“Based on a THC cut-off that you would arbitrarily pick to say, ‘above this is bad and below this is good,’ you might miss the negative impact that the THC might be having on that person’s ability to drive,” he said.

There are so many other factors to consider that it makes any test for marijuana, toxicological or the roadside, not as reliable as some might hope.

“You had trouble standing on one of your feet, and you have benign positional vertigo, so when you do that you naturally get dizzy, but it doesn’t mean that you can’t sit in a car and you can’t drive,” White said. “They say, ‘Oh, well, that was a sign of a cannabis-use disorder, that was a sign of cannabis intoxication.’ But it could be due to the benzodiazepine that you had taken for your anxiety, it could be due to other extraneous factors.”