Home Miscellaneous Marijuana and CBD Info Why do states allow legal weed but not homegrowing? 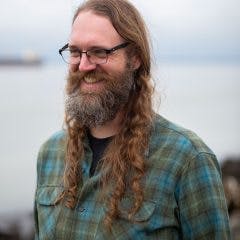 Why do states allow legal weed but not homegrowing? – Leafly

Of the 42 US states and territories that have legalized recreational or medical cannabis as of this writing, only 26 allow people to grow their own weed at home. Two of those states, Washington and Illinois, have recreational markets but only allow homegrowing if you have a medical card, and one of them, New Jersey, has recreational weed but doesn’t allow anyone to grow their own—not even medical patients.

On top of that, breaking homegrow laws incurs the harshest penalties and heaviest fines compared to breaking weed possession or consumption laws. A lot of state legislatures seem to equate homegrowing to distribution instead of personal use, an archaic idea left over from the illicit days.

Many states that legalize weed seem fine with cannabis as long as they can regulate production and distribution and keep possession to a minimum, but once people are allowed to produce it themselves, state officials get nervous. Even in states that have legalized some form of weed, there remains a stigma on allowing individuals to grow a couple of plants for themselves.

Growing your own doesn’t mean distribution

In many states, penalties for growing weed, even small amounts, are the same or similar as those for manufacturing or distributing hard drugs such as cocaine, meth, or heroin. These substances are classified as Schedule I drugs, as is cannabis, and many lawmakers lump all of them together.

“There is still a misconception among many policymakers that small-scale home cultivation of cannabis fuels the illicit market,” said Matthew Schweich, deputy director at the Marijuana Policy Project, in an email statement. “The reality is that cannabis is difficult to grow and a person growing six to twelve plants at home has a negligible impact on the supply of cannabis in a state.”

Beginning with the Compassionate Care Act, passed in California in 1996, homegrowing originally allowed medical marijuana patients to produce their own stashes, not to fuel the illicit market. At the time, dispensaries were few and far between. Even now, some medical patients require large amounts of cannabis for their conditions or are unable to travel to dispensaries because of their conditions. Allowing them to grow their own gives them an option to save money, obtain medicine, and manage their conditions.

A recent poll from New Frontier Data showed that homegrowers have many reasons for growing their own, including convenience, low cost, better quality weed, cultivating hard-to-find strains, and a desire to enjoy cannabis that’s free from pesticides or other contaminants. Overwhelmingly, 70% of survey participants said they simply enjoy doing it.

The misconception of “homegrowing equals distribution” has led to severe penalties in some states. For a sense of how harsh homegrow penalties can be, check out these laws.

In Kansas, one of America’s few remaining full-prohibition states, cultivation of as few as five cannabis plants can result in a felony conviction, with up to seven years in jail and a maximum fine of $300,000.

In Washington State, growing any amount of cannabis without a medical card is a felony offense, with a penalty of up to five years imprisonment and/or a fine up to $10,000. That’s a real penalty for growing a single plant, in a recreational state.

New Jersey legislators are currently trying to add a homegrow bill to the recreational cannabis law voters passed in Nov. 2020. Currently, homegrowing isn’t even legal for medical patients. If you get caught growing between an ounce and five pounds of cannabis in New Jersey, you can get 3-5 years in jail and a $25,000 fine.

Taxes and land use

New Jersey passed a medical marijuana law in 2010 without allowing for homegrowing, and state legislators passed a legalization law in 2021, also without a provision that would allow homegrow. State Sen. Vin Gopal has introduced a bill to allow adults to grow 6 plants per person and 12 per household, and medical patients to grow 10 plants. The bill seems to be gaining traction, but it’s not a sure thing.

A huge roadblock to allowing homegrow in New Jersey is that many legislators lack an understanding of cannabis and how to grow it. Chris Goldstein, NORML Regional Organizer, has been advocating to legalize weed in New Jersey for more than two decades. He’s heard it all: fears that homegrowers are going to use up all the state’s electricity, that growers will burn down buildings by using too many grow lights, and that everyone in the densely populated state will start growing their own weed—truly, a garden state.

But the real political issues of blocking homegrowing come to light when you follow the money. Goldstein said that many legislators and businesses are “carefully coveting their future marijuana taxes,” as a percentage of sales go back to the state and toward social programs.

Additionally, the state has some powerful lobbyists from sectors that you wouldn’t think care about home gardening at all. “In New Jersey there’s a very powerful real estate and insurance sector and those guys have been cagey about homegrow because they would have to alter all their existing rules and regulations and insurance coverage to adapt,” Goldstein said. “They are a powerful lobby amongst legislators, and if they get a little bit cagey, all the sudden, things slow down.”

Large multi-state operators also share some of the blame. Some cannabis producers are already set up in neighboring states or medical markets, and officials at some companies believe keeping homegrow illegal could allow them to set up a near-monopoly on cannabis production in the Garden State.

Another surprisingly common fear voiced by politicians is that unsuspecting children will get into a neighbor’s crop, eat it, and get high. This argument became all too clear after Canada legalized recreational weed in 2018 and the province of Quebec banned homegrowing shortly after.

Before passing the law, in 2017, Quebec Public Health Minister Lucie Charlebois voiced her disapproval of home cultivation on a popular Canadian talk show and in an interview in Vice, using the “kids will get into the neighbor’s crop” argument.

This is utter nonsense. Getting high by eating raw cannabis plants is a physical impossibility. Cannabis plant material must be heated in order to get a psychoactive experience, a process called decarboxylation. Raw weed contains THCA, which does not get you high. Heating it via smoking, vaporization, or in an oven if you’re making cannabutter, decarboxylates the plant material, turning THCA into THC, which does get you high. Eating raw weed off a plant is likely to give you a stomach ache. It will not get anyone high.

This argument also fails to acknowledge that homegrow laws often contain stipulations that cannabis must be grown out of sight of neighbors and/or behind locked doors.

5 reasons why no one’s giving your kid edibles

One exception to the reluctance of states to allow homegrowing is Virginia, which has allowed adults to grow their own cannabis while the state sets up a regulatory framework to allow the retail sale of marijuana.

In Feb. 2021, Virginia legislators voted to legalize recreational cannabis, but prohibited retail sales until 2024. Amendments to the bill were then passed to allow cultivation and limited possession in the interim, to reduce cannabis arrests and allow some access to the plant. Virginians can now grow up to four plants for personal use.

Obtaining seeds and seedlings to grow your own plants is still a little bit of a gray area in Virginia, as buying them or bringing them in across state lines is still illegal. But Virginia’s approach to allow homegrowing while it sets up a legal market, and beyond, is one that other states could learn a lesson from.

Pat Goggins is an editor at Leafly, specializing in cannabis cultivation after working for a commercial grower in Oregon for two years. When not fixing typos, you’ll probably find him on a boat or in the mountains.