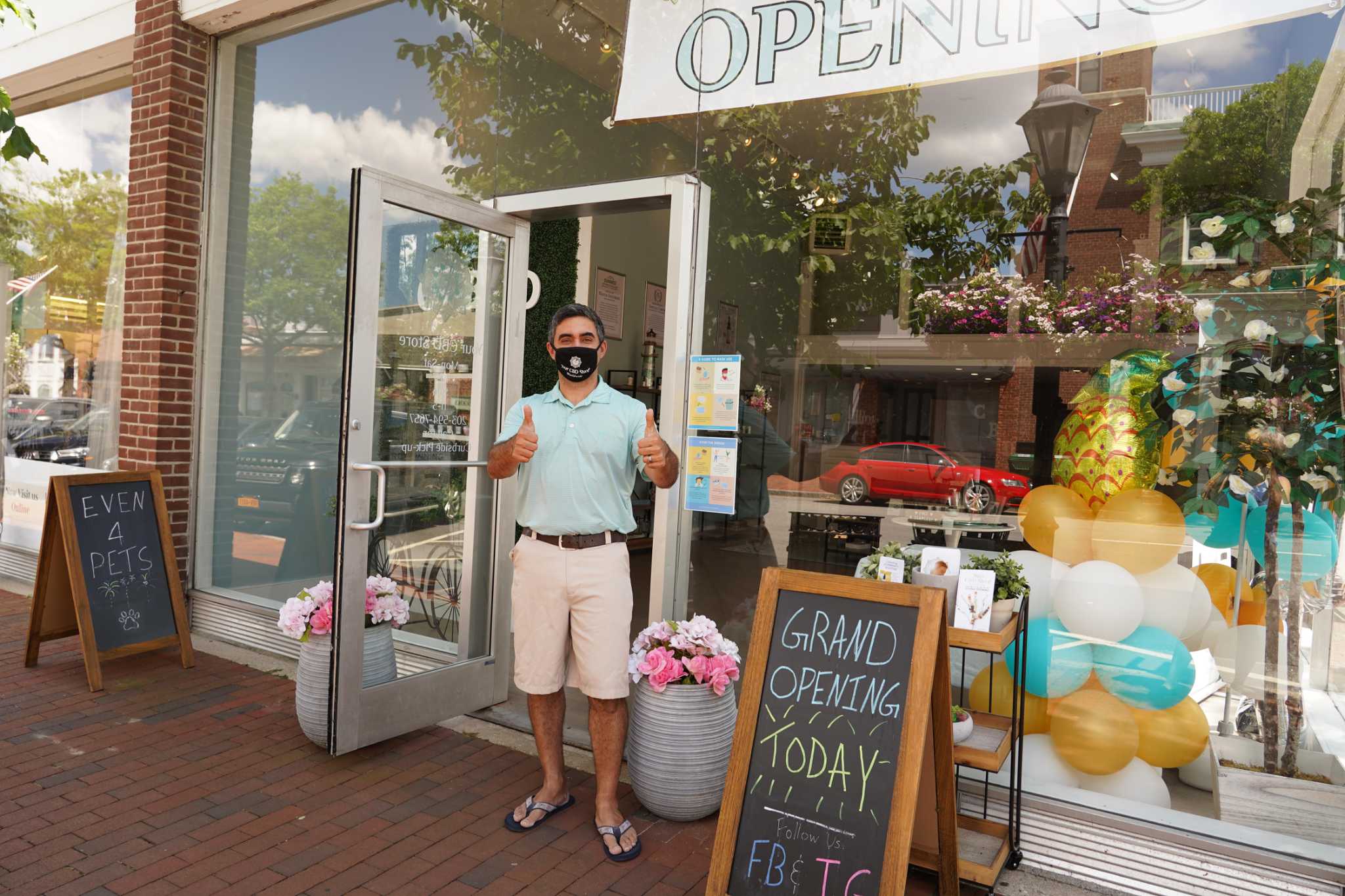 NEW CANAAN — Oversized balloons, a large grand opening banner, and a sandwich sign announced the opening of Your CBD Store over the weekend at 48 Elm Street — an unusual sight during the coronavirus pandemic.

The store sells herbal products made from hemp, not marijuana as many assume.

Pisano, a Hearst Connecticut Media Group advertising employee, was concerned that the weather may impact his opening, since Tropical Storm Fay was forecast to make its way to the Northeast, but instead “it worked out very well.”

His store, at the corner of Elm Street and South Avenue, is the 24th Your CBD Store in Connecticut, which is part of a fast growing chain. In June, Pisano signed a contract for store number 681, and since, the franchise has grown to 746 stores.

CBD is a chemical compound called cannabidiol, which is found in the hemp plant and marijuana. Pisano said the biggest misunderstanding he confronts is that “people think it comes from marijuana,” instead of hemp.

Though CBD can be extracted from marijuana, hemp has a higher concentration of CBD and less of THC, Tetrahydrocannabinol, a psychoactive substance, responsible for inducing a “high.”

Marijuana, on the other hand, has a higher concentration of THC compared to its CBD, Pisano said.

Pisano chose New Canaan since his family members “are so close to the community,” and he has children who attend St. Aloysius School and the YMCA Day Camp. His family lives in West Norwalk.

People stopped into the store to ask questions and buy the herbal product, which many believe helps with anxiety.

“We met our targets,” the owner said, since people purchased many of their SunMed products, such as oil-based supplements, water solubles, pet products, tinctures, gummies, soft gel capsules and beauty products.

“Rachael Quinn, Your CBD Store founder, shares her desire to help others through the use of natural, hemp-derived products,” the website reads.

“The products are intended to be used as an herbal supplement. Patrons are asked to consult their doctors before quitting taking any medications with the intention of replacing them with the natural and holistic option of hemp,” the website also reads.

Editor’s note: This story has been updated to reflect Pisano is a Hearst Connecticut Media Group advertising employee.